Why the upcoming Kazakh election is important to the West

The parliamentary elections will be held in Kazakhstan on January 10. The former US Deputy Assistant Secretary of State for South and Central Asian Affairs, Richard E.Hogland, told about why the upcoming elections in Kazakhstan are important for the West in his article of the daily national newspaper «Washington Times», reports Strategy2050.kz. 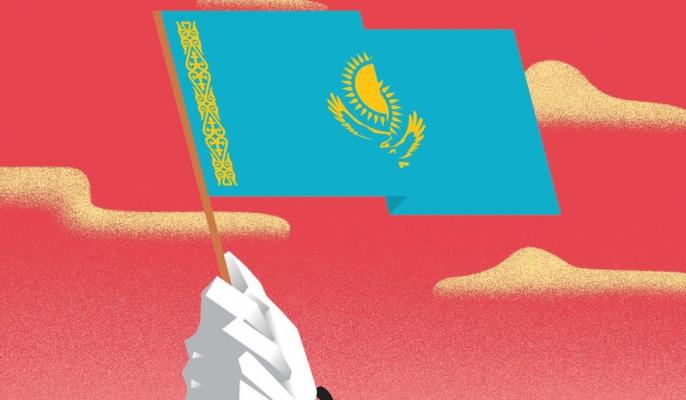 Kazakhstan will conduct parliamentary elections on Jan. 10. Most in Washington, D.C., will note this factoid, shrug and move on. But there is real reason to pay attention to Kazakhstan.

Although it’s relatively sparsely populated, just shy of 19 million citizens, Kazakhstan is geographically huge — about a million square miles. It’s the ninth-largest country in the world. Kazakhstan is rich in natural resources, especially oil, natural gas and uranium. But it’s in a tough, strategically important neighborhood, bordered by Russia and China and not far from Afghanistan and Iran.

Kazakhstan is also one of the few former Soviet Socialist Republics that successfully went in a new direction after independence. Much of this is due to its first president, Nursultan Nazarbayev, a former Soviet apparatchik. When Kazakhstan became independent, just short of three decades ago, President Nazarbayev made three decisions that put Kazakhstan on a new path.

First, Kazakhstan committed almost from the beginning to macroeconomic reforms that took it away from the Soviet command-economy model. Today, its banking and other financial systems are on a par with Central Europe’s. Thanks to the new Astana International Financial Center, Kazakhstan is seeking to be a Eurasian economic hub.

Second, and of special importance, Kazakhstan is an exemplary nuclear non-proliferation partner of the United States. When the Soviet Union collapsed, Kazakhstan had the fourth-largest nuclear arsenal in the world. But Mr. Nazarbayev committed to total denuclearization in part because of the devastation that Soviet nuclear testing had inflicted on the people of Semipalatinsk and the surrounding region in northeastern Kazakhstan.

The decade-long, U.S.-Kazakhstan effort under the Nunn-Lugar Program to clean up the BN-350 nuclear fast-breeder reactor site at Aktau on the shore of the Caspian Sea reached a significant milestone in November 2010, when Kazakhstan secured and locked down 3,000 kilograms of weapons-grade plutonium and 10,000 kilograms of highly enriched uranium — enough material to have constructed 750 nuclear weapons.

Third, and most significantly, Mr. Nazarbayev decided that if Kazakhstan were to be a respected, independent country, it would need a new generation of leaders who think differently.