In recent months, COVID-19 has created a sensation in Latin America. As of today, the number of reported cases exceeds 3 million. The region, where no one expected the large coronavirus outbreak in the beginning, has become one of the world leaders in the number of reported cases: Brazil is in second place, Peru - in fifth, Mexico - in seventh, Chile - in eighth (according to Johns Hopkins University's data). Given that only 8 percent of the world's population lives in this part of the planet, they account for more than a quarter of all those infected and over 25 percent of the deaths. Moreover, COVID-19 attacked not only “mere mortals”, but “big league” as well: the Heads of Brazil, Bolivia, Honduras, the Vice President of Venezuela, dozens of ministers and other high-ranking officials have been infected. How did it happen? Let’s take. 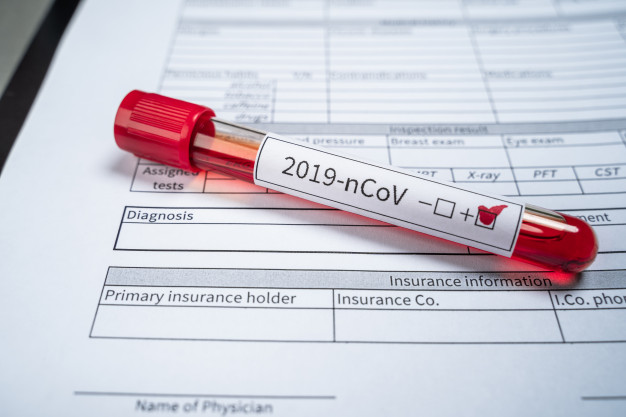 Did they have enough time to be ready?

The first coronavirus case was reported in Brazil on February 26. By that time all Latin American countries should have been ready, at least morally. At the beginning, the figures were more than encouraging because the States preferred locking down cities, with people only allowed out for food and medicine, but after a few months, all sanitary barriers failed and the epidemic increase started.

The thing is, the coronavirus infection had a lot of conditions for its spread in these countries.

Firstly. The general weakness of the region's health systems. Despite the increased investments in this sphere, healthcare in the tropical countries of the New World still leaves much to be desired. In some provinces the situation is awful – there are not banal expendable supplies, protective gear, meds, say nothing of high-tech computerized tomographies.

Secondly. The living standards of ordinary Latin Americans is far from the well-being shown in soap operas. Many ordinary people still live without water supplies, sometimes in houses with dirt floor. Almost every large city is surrounded by a vast belt of slums (favelas), where several people can huddle together per ten square meters, where inhabitants do not have health insurance and any legal job.

So the quarantine regime introduced by the authorities often turned out to be ineffective because people had to look for earnings even despite the bans. After all, they could only dream of social benefits. All these factors have led to the difficult situation.

As of today, the country is in second place, having crossed the line of 2 million cases and 79 thousand deaths.

President Jair Bolsonaro's positive test for COVID-19 became the cherry on top. However, this is quite ironic, given that it was the President's “negligent” attitude towards the pandemic that glorified him as a high-ranking “COVID-dissident”. Although there was an infected press officer in his administration, the politician stated that he was not afraid of the coronavirus infection and in every possible way he opposed the introduction of emergency measures. The opposition even demanded his resignation due to the inability to fight the pandemic, but Bolsonaro resisted.

Since the beginning of the epidemic, the Brazilian Ministry of Health has changed three heads. That’s also saying a lot.

But even the disease didn't change Bolsonaro's attitude to COVID-19, and now all over the country, under his pressure, the local authorities are lifting restrictive measures. As a result, even relatively safe regions “crawled up” again. The most striking example of this was the country's capital Brasilia, which became the leader in the number of cases per capita - 2,133 infected per 100 thousand. May be this is due to the fact that the largest number of tests for COVID-19 is carried out there, but experts believe that it is all about loosening control.

In contrast to its Brazilian colleagues, Peru looked like a real example of prudence. Lima declared a state of emergency on March 16, but this did not save the country from the violent spread of the infection. Now there are over 369 thousand infected people, 13,957 thousand Peruvians died from COVID-19.

Due to underfunding and corruption, local hospitals cannot cope with the load. The worst situation is observed in provinces, which don't have a sufficient number of hospital rooms, even morgues cannot neutralize the bodies of the dead. As a result, the authorities instruct to dig new “mass graves” in cemeteries in order to somehow cope with the influx of corpses. By the way, now coffin making in Peru has become such a lucrative business that companies are hiring new employees.

Also one of the causes of the crisis is the difficult sanitary and epidemiological living conditions. For example, in selva, 90 percent of residents have no access to drinking water, and the nearest doctors live many kilometers from the settlements.

Particularly difficult in the fight against the epidemic is the fact that about 70 percent of all workers in Peru do not have official job. Of course, they make a little extra money, but they do not have any social benefits.

Given the fact that all this mass of people can rebel of a lack of money at any moment, the authorities have slowly begun to lift quarantine restrictions, despite the high growth rate of infected patients. Domestic flights have been resumed, museums are being prepared for the opening. It seems that in Lima everything is heading for a return to normal life, although the coronavirus does not think to retreat.

Chile is one of the symbols of successful development in Latin America. But the epidemiological situation has shown that not everything is so good in this State. At the moment, the country reports more than 330 thousand COVID-19 cases and 8,5 thousand deaths from the disease.

The Chilean experience is interesting because the country has real “infected skyscrapers”. In one of the districts of Santiago, thousands of Venezuelan migrants were literally locked in towers 30-40 stories high, built just for not the most demanding and wealthy citizens. These boxes, each of which is home for several thousand people, have become sources of the coronavirus infection. Clogged waste chutes and poor ventilation only exacerbate the situation, turning people's homes into a “virus incubator”. In addition, in the “skyscrapers”, an alternative culture has developed, similar to “Chinatowns”, but with Venezuelan characteristics. Neighbors set up clandestine restaurants, hairdressers and other public institutions, which is why the virus spreads to buildings even faster.