What is the essence of the Assembly of People of Kazakhstan?

On October 21, President Kassym-Jomart Tokayev chaired an expanded meeting of the Assembly of People of Kazakhstan, a constitutional body tasked with strengthening interests of all ethnic groups, and ensuring the observance of the rights and freedoms of citizens irrespective of their ethnic affiliation, reports a Strategy2050.kz correspondent. 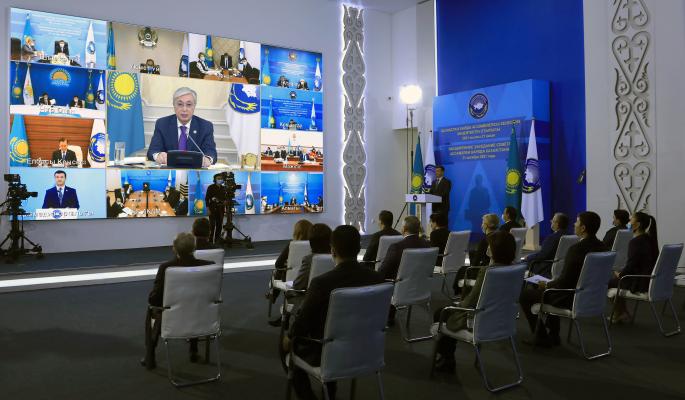 The idea to set up such a body belongs to First President of Kazakhstan Nursultan Nazarbayev, who in 1992 voiced this idea at the first Forum of People of Kazakhstan. 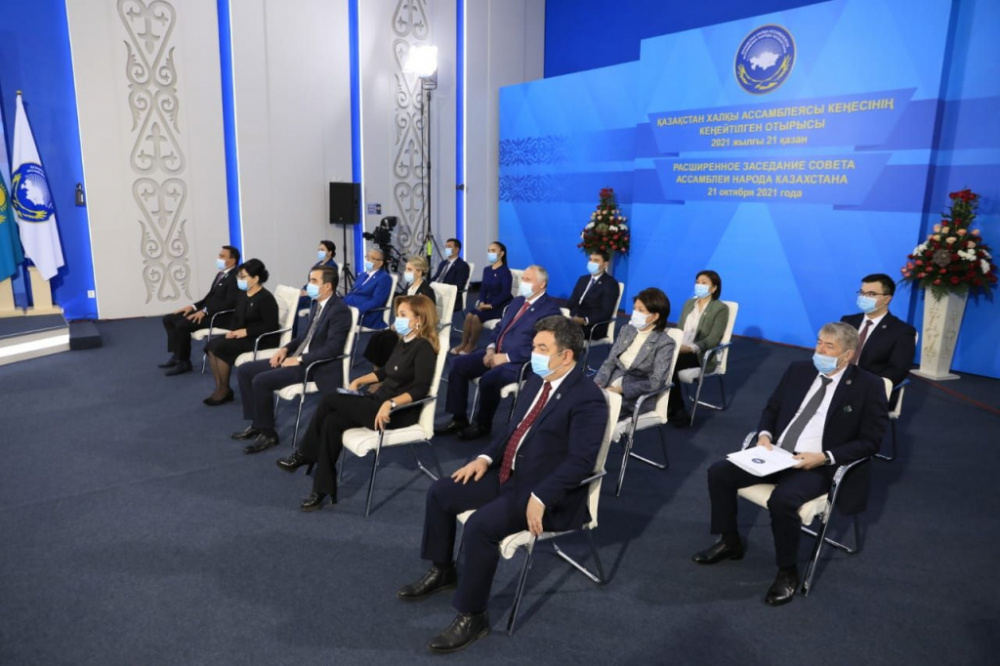 The meeting focused on a variety of issues ranging from the program to relocate citizens from southern to northern regions, Kazakh language, and ethnic accord to preventing conflicts.

The real essence of the Assembly

At the meeting, Tokayev said that after the collapse of the Soviet Union, many expected ethnic conflicts on the post-Soviet space, and while there have been some in other regions, Kazakhstan managed to prevent them.

"We must not forget that at the dawn of sovereignty, many politicians and political scientists predicted an unenviable fate for our state. For many ordinary people and even experts, their predictions turned out to be justified. Especially against the background of interethnic conflicts that were raging in the former Soviet Union. However, all together, as people of Kazakhstan, we were able to prove the invalidity of the pessimistic predictions. The Assembly, which has become an institution of national solidarity and a symbol of national unity, has played an enormous role in this," said Tokayev.

According to him, people tend to simplify the goals of the Assembly, but the real essence is that it “became an effective tool for strengthening the unity of the nation and was able to unite all citizens around the idea of common statehood.”

“We have an effective mechanism for preventing the politicization of the ethnic issue, which is very difficult by its nature," he added.

Tokayev also emphasized the importance of regional development based on the principles of equality of opportunity. If ethnic groups live only by themselves, this may result in their social and cultural isolation.

“This leads to the emergence of ethnic enclaves, cultural and linguistic barriers, leading to increased inter-ethnic tension and even conflicts. Therefore, given this negative experience in the world, it is necessary to develop systematic measures to overcome the negative trend of the formation of closed ethnic districts and neighborhoods in rural areas and cities of our country,” said Tokayev.

In some regions in Kazakhstan, however, representatives of ethnic groups tend to distance themselves from what Tokayev described as a “Kazakh reality” inhibiting their full integration into the society.

The Turkistan region was at the focus. The region with a population of more than 2 million people is home to nearly 50 representatives of various ethnic groups. The region's Assembly unites 34 ethnocultural associations.

"According to statistics, there are many different domestic conflicts in Turkistan region. As an example, you mentioned the events in the settlements of Shornak and Karabulak. At the domestic level, it is necessary to pay special attention to such situations. First of all, these events must not have a national character,” said Tokayev.

He instructed the regional officials to open a House of Friendship in the region.

“I would like to especially note that the state will purposefully pursue a policy of socio-economic integration of ethnic groups and suppress any friction on this basis to avoid their development into a conflict,” he said.

Tokayev said the regional officials should be much cautioned against potential conflicts and zero tolerance towards ethnic conflicts should become the norm for the internal affairs agencies and prosecutor's office.

Any manifestations of ethnic pride, discrimination on any grounds, attempts to undermine public order and internal stability will be firmly suppressed in accordance with the law, said the President.

“Akimats at all levels should conduct preventive and informational work on each case of violation of the rights of citizens on the ethnic or linguistic basis. It is necessary to actively use the possibilities of social and legal institutions, in particular, mediation. Practice shows that the most effective format for ethno-mediation in our conditions is that of professional negotiators. I believe that the Assembly should play the key role in this area,” said Tokayev.

The meeting also noted the importance of education in developing civic patriotism and national identity.

That is what Shokir Babayev, head of the Fayz Tajik Association in Turkestan region said in his remarks.

"Education and upbringing are key elements in the formation of civil identity. Schools, where there is an opportunity to study in the languages of ethnic groups, contribute to this process,” he said.

There are nearly 40,000 Tajiks living in the region, who, as Babayev said, are “Kazakhstanis by heart and soul.”

“A unique school-complex of national revival has been functioning in our region since 1998. In this school, children from Petropavlovsk, along with the Kazakh, Russian and English languages, study their native language. The Armenian language is taught there too,” she said.

She also believes that education is the foundation of a person's development, regardless of his or her ethnicity.

“What qualities will be instilled at the beginning of life will determine the prospects of her or his development. This is a very difficult and responsible stage,” she said.