To date, industrialized countries pay great attention to the development of the car recycling industry. The Netherlands, the USA, Japan, Germany, and other countries with a high level of production and use of vehicles not only earn from the processing of used cars, but also solve the environmental problems. Almost all economically developed countries have developed government programs, which include measures for qualified examination of machines, disassembly procedures of cars taken out of service at processing plants, reuse of removed parts, recycling of bodies, and disposal of non-recyclable waste. Read more about this in the review by the Strategy2050.kz correspondent. 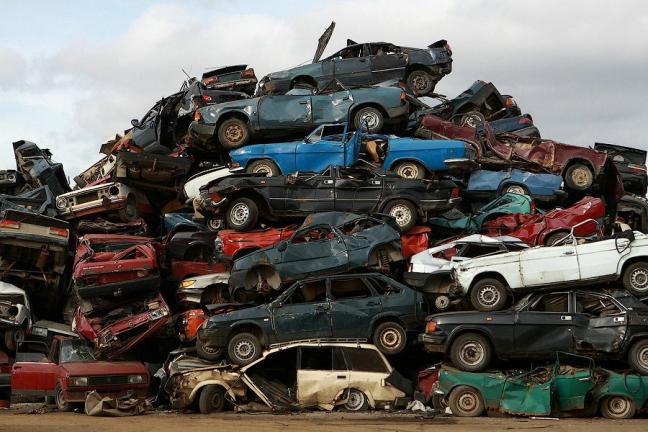 Special laws on car recycling have been adopted in more than 50 countries. The global vehicle recycling industry has provided employment for more than 2 million people, and the total cost of production has exceeded $ 200 billion. There are over 700 shredder companies in the world. The number of shredding plants in the USA is more than 200, in Germany - 47, in England - 37, in France - 40, etc.

It is generally recognized that the Netherlands is successful in forming the most prosperous and efficient system of car recycling, which has allowed to solve almost all the problematic issues associated with the disposal of old cars. The processing ratio of used car recycling in this country is the highest in the world (over 96%), and most importantly, financing this system every year requires less and less additional resources.

Car recycling is funded through the establishment of a single recycling fee for any vehicle. The disposal fee payment system is regulated by the Dutch Environmental Management Act. The agreement on the amount of the disposal fee is concluded each time for a period of 3 years with all manufacturers (importers) of cars in the Netherlands. The collection amount is the same for the whole fleet of vehicles and applies to any make or type of car.

The vehicle recycling system in the Netherlands is managed by ARN, a 100% stake in which belongs to the Auto&Recycling, which was created with the direct participation of the government and car manufacturers. ARN effectively collaborates with a large number of partners: various companies, research centers, institutes, other interested parties.

The car fleet in Germany exceeds 50 million, of which more than 43 million are passenger cars. Unlike the Netherlands, the German car industry plays an important role in the country's economy, making a large contribution to GDP and providing jobs for the population. The law on cars taken out of service was adopted in Germany in 1997 and entered into force in April 1998.

About half a million cars and light trucks are processed every year in Germany. The exact figure in 2010 was 500 193 vehicles with a total weight of 516 128 tons. In Germany, 97% of the metal recovered is recycled. The main regulatory act in this industry, as well as throughout the EU, is Directive 2000/53/EC.

The recycling program in Germany started in 2009. The disposal fee was 2500 euros. During the program, it was possible not only to keep the market, but also to achieve its growth. However, the main problem of the program emerged after its implementation. According to minimal estimates, about 15–20% of used cars fell on the black market.

In order to clarify this issue, EU member states have adopted Guidelines No. 9 on the export of used vehicles, which, although not legally binding, are a useful tool for officials who are tasked with controlling the export of used vehicles. Incorrect dismantling of vehicles and their disposal can be harmful to human health and the environment, not to mention the fact that raw materials for recycling are lost.

On the other hand, the export of used cars is useful in that the life of the vehicle is extended. This saves energy and raw materials that could otherwise be used to make new cars.

The fleet of cars in Japan is about 80 million units, the number of vehicles annually removed from registration on average is about 5 million. Of these, about 1 million cars are exported to other countries, the rest are left in Japan and enter the recycling system. Therefore, the organization of the structure of car recycling is very important for Japan. Until recently, there were mainly small firms with several employees (3-4 in total), which on average could dismantle about 1,000 cars a year. However, in recent years, larger ones, including integrated companies, are involved in the collection and dismantling of used cars, sorting of parts and materials, including shredder grinding plants. However, the number of used cars coming to dismantle and dispose has become smaller, as more and more used vehicles are resold at auctions and exported.

The Law on Disposal of Used Cars was introduced in 2000 and updated in 2008. The purpose of the law was to solve the problem of cars left by owners due to high costs of recycling, and also to help local residents cope with the growing fiscal and environmental costs of processing cars left on their territories. The law obliges all car owners to pay the cost of processing and recycling their vehicles ahead of schedule when they reach the end of their life.

The program is managed by a government-created non-profit organization, the Japan Automobile Recycling Center and a consortium of car manufacturers and recycling companies. The official confirmation of payment for the disposal of the car is a special voucher. The recycling voucher is issued by a dealer or transferred from one car owner to another when selling a car.

The size of payments varies accordingly depending on the total mass of the car, the number of airbags, the size of the radiator and the manufacturer. Typically, the total tax is between 10,000 and 20,000 yen.

The European Union Directive 2000/53/EC entered into force in Finland in 2004. Car recycling is coordinated by Finnish Car Recycling Ltd.

A nationwide network of authorized car collection agents with established service life points was created. The last owner is required to deliver the used vehicle for free to any of these points. There he is issued a certificate of destruction, which removes liability for the delivered vehicle. The car is also removed from the registry to stop levying an annual vehicle tax.

From July 1 to December 31, 2015, in order to reduce emissions and improve road safety in Finland, a campaign was held to collect cars with an expired life. Participants received a discount of 1,500 euros when buying a new car after the delivery of a vehicle that had expired. The campaign helped reduce emissions and improve road safety, as a modern car is up to 50% safer and consumes about a third less fuel than a car of the 1990s.

The USA recycles 95% of old cars per year. Of course, to achieve such a result, it is necessary to ensure the fastest possible processing. Disposal technology in the United States is slightly different than in Europe. They don’t care about car parsing. In many landfills, they are simply pressed into huge pieces of metal. When melting, part of the remaining rubber simply burns out, like the fabric, and the metal remains in place. The main features of the American system include: the sale of old or broken cars at auctions; combining disassembly and recycling; receiving the main income from the sale of spare parts; the presence of a large export market for used spare parts; sale of car frames to shredders; the high cost of storage and disposal of waste, local environmental programs as incentives to increase the level of processing; full self-sufficiency.

There are also ongoing measures. For example, if a vehicle is parked on the side of a road or in a wasteland, disassembly facilities in the United States may legally receive it and dispose.