In recent years, vegetarianism has been growing in numbers worldwide. Though reliable data is lacking on the number of vegetarians around the globe, the trend is there with far-reaching impact. 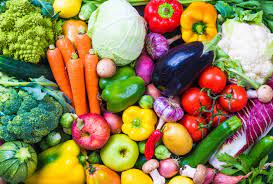 Plant-based diets are also becoming more common in Kazakhstan. In a country where people are predominantly meat-eaters and recently ranked tenth in terms of beef consumption in an Organisation for Economic Cooperation and Development report, however, opting for a vegetarian lifestyle reflects an interesting phenomenon.

For many households, life without meat is difficult to imagine. Meat saved Kazakhs, once nomads traversing the steppes and forced to withstand cold winters with their freezing temperatures. Meat preserved its significance from their wandering past to the present.

Whether it is the paradox or a trend, but the growing number of Kazakhs choose to abstain from consuming meat.

Kazakhs opting for a plant-based diet

Some switch to plants in their effort to reduce human impact on the environment, as research reveals the negative effect of the animal industry, causing CO2 emissions, deforestation, and climate change. In some countries, people become vegetarians because they cannot afford to eat meat.

Several years ago, meeting a vegetarian in Kazakhstan would hardly be possible, but now at least one person in one’s orbit is a vegetarian or has tried a meatless diet. What was once a small minority is growing in numbers, with vegetarian cafés and other dining options opening in big cities like Astana and Almaty.

Capital resident Kamilya Baltabekova, 32, became a vegetarian four years ago, embarking on the lifestyle after a woman told her about the adverse consequences of meat-eating on health.

“Before that, I ate only white meat, chicken and fish, for two years, abstaining from red meat. I became a vegetarian thanks to a woman who told me about the harmful side of meat. I decided to try. Though I was born and grew up in a traditional Kazakh family where they eat a lot of meat, I was never a big meat eater,” she said.

After excluding red meat from her diet, she opted to ditch chicken.

Going vegetarian was not problematic and her parents supported her along the way.

“I am blessed with my friends and most importantly my parents who took it patiently, probably because I was experimenting with a lot with food and at some point in time I was starving. They were positive about me being a vegetarian after that,” she added.

She admits not everyone has a positive attitude towards one’s dietary experiments.

“The thing is when I am invited to other people’s houses, I usually do not tell anyone that I am vegetarian, because people are not always treating it in a positive way,” said Baltabekova.

She believes vegetarianism is on the rise in the country, with people becoming more conscious about their health and lifestyle. Compared to Moscow and St. Petersburg, however, Astana is not abundant in veggie options, she added.

The younger generation is also embracing a plant-based diet.

For 16-year-old Darya from Pavlodar, ethical reasons and compassion for animals are the reasons she changed her lifestyle. She has been a vegetarian for two years and vegan for one and a-half. She also does not buy fur and leather.

“At one point, I started looking at things bluntly and straight. I saw people treating animals so bad, beating them or yelling at them. Then, I started thinking about what I was eating. I researched this topic, watched documentaries and then I could not look at meat and fish and I was feeling bad even from its smell,” she said in an interview for this story.

She believes all creatures are equal.

“I was so sad about animals; society and people do not respect them. We are equal, all created by nature. It is horrible to imagine people that do not want to recognize it and open their eyes,” she noted. “I decided to switch to veganism. I was afraid I would have nothing to eat. Within several months, I have studied the topic and excluded any animal-based products.

Vegetarianism, she noted, means “striving towards absolute harmony in the world.”

Lack of food choices and the high price of plant-based products are common stereotypes about vegetarianism, yet the reality turned out to be quite the opposite.

Azhar Tomanova, 20, of Almaty, who is currently studying culinary art in Switzerland, considered becoming a vegetarian four years ago while completing a school project. She was a vegetarian, and later a vegan, for approximately six months.

“I had a school project about fast food. I watched many videos on YouTube about it, about McDonald’s and KFC and other fast food. I did not like it. You know how YouTube works; you watch one video, then go to another and end up somewhere else. Eventually, I came across a video about meat and American slaughterhouses,” she said.

The impression from these videos made her stop eating meat.

“I was not only vegan but did not consume products such as salt, sugar and other artificial additives, bread and everything that was processed. I tried to replace [usual] products with vegan options,” she noted. “I believe there are some good supermarkets where you can find all these products. It was a challenge for me to study and read the content of products."

After living plant-based abroad, Tomanova started eating meat again upon her return. She believes people in Kazakhstan are not able to enjoy year-round fresh produce, vegetables and fruits.

“Meat is available every time and we can get everything from it,” she added.