On the occasion of the 30th anniversary of the closure of the Semipalatinsk Nuclear Test Site, the US State Department issued a statement, reports Strategy2050.kz. 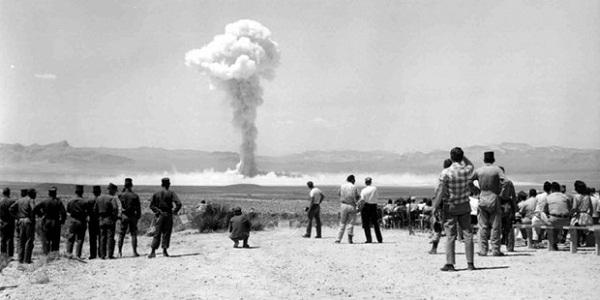 The United States congratulates Kazakhstan on the 30th anniversary of the closing of the Semipalatinsk nuclear weapons test site.  The decision to close Semipalatinsk demonstrated a clear commitment to nuclear security and nonproliferation.  Kazakhstan’s momentous decision on Semipalatinsk was the first in a series of vital measures aiming to achieve a more peaceful world.  Since the site was closed, the United States has partnered with Kazakhstan to eliminate from Kazakhstan’s territory the legacy of Soviet nuclear test infrastructure, including most recently the elimination of 181 tunnels in the Degelen Mountain that had been used for nuclear tests.

Kazakhstan’s strong advocacy in support of ending nuclear explosive testing worldwide is commendable.  In the same vein, the United States supports the Comprehensive Nuclear-Test-Ban Treaty (CTBT) and is committed to work to achieve its entry into force, recognizing the significant challenges that lie ahead in reaching this goal.  In line with the goals of the CTBT, the United States continues to observe its zero-yield nuclear explosive testing moratorium, and calls on all states possessing nuclear weapons to declare or maintain such a moratorium.  We thank the Government of Kazakhstan for its continued partnership.