May 1 is one of the important days in Kazakhstan, as it is the day when the nation celebrates the Day of Unity to pay tribute to the peace and accord it preserved among more than 130 ethnic groups living in Kazakhstan, reports a Strategy2050.kz correspondent.

The Day of Unity was established in 1995 and was celebrated for the first time in 1996. Before that, May 1 was marked as the Day of International Solidarity with Workers.

“This wonderful holiday embodies the values of friendship and solidarity, mutual respect and trust that have been revered in our land from time immemorial. Over the years of independence, the fundamental principle of "unity in diversity" has turned the broad palette of cultures and traditions of Kazakhstan into our priceless asset. Solidarity, unity and patriotism have become the core of the national code,” said Kazakh President Kassym-Jomart Tokayev in his congratulatory remarks.

Kazakhstan is a multinational and multicultural nation, which it has cherished and preserved since its independence.

During the Stalinist repressions in the 20th century, representatives of different ethnic groups were deported to Kazakhstan, where people offered help to each other and shared the last loaf of breads in some of the hard periods. People, who had to make ends meet, were ready to help those who by the will of fate happened to be in Kazakhstan.

Some of the biggest ethnic groups deported to Kazakhstan were Germans, Poles, Koreans and Greeks.

Though some of them left to their historical land after Kazakhstan gained independence, many stayed here calling Kazakhstan home.

The peaceful coexistence of the many ethnic groups has always been what Kazakhstan was proud of and served an example for many countries worldwide.

Few months before the holiday was established, on March 1, 1995, the then President of Kazakhstan Nursultan Nazarbyev signed a decree establishing the Assembly of People of Kazakhstan, serving to protect interests of all ethnic groups and ensure the rights and freedoms of citizens irrespective of their ethnic affiliation were fulfilled.

The 29th session of the Assembly of People of Kazakhstan

This year, the Assembly hosted the 29th session with the participation of Nazarbayev and President Kassym-Jomart Tokayev, representatives of ethnic groups, public figures, and NGOs.

In his remarks, Nazarbayev said that Kazakhstan’s diversity is its greatest strength.

“Today, when the entire world faces unprecedented challenges, we are once again rising to the challenge. Moreover, we continue to develop the country modernizing the economy and raising social standards. Over all these years, I have always put the unity of the people, well-being, harmony, security, stability, and calmness in the forefront. I wanted our country to be an epicenter of peace so that never the tragedy of wars, bloody interreligious, and ethnic conflicts would overshadow the lives of our citizens. Today we can say that this dream has come true. I must note that the Assembly has played a role in this,” said Nazarbayev during the session.

The Assembly is an important political institution in Kazakhstan. Nine seats in the Majilis, lower chamber of the Kazakh Parliament, are elected by the Assembly.

During the session, Nazarbayev passed the chairmanship in the Assembly to Tokayev.

The head of the state noted the growing xenophobic sentiments and religious confrontations worldwide.

“Amid the geopolitical instability in the world, Kazakhstan nevertheless has an obvious margin of safety. This is the consent and unity of the people, this is our economic potential,” said Tokayev.

He described the Assembly as a unique institution that promotes the principle of unity in diversity.

Before the coronavirus outbreak in March 2020, the holiday celebrations featured mass open-air festivities, concerts, competitions, and entertaining events. People used to go outside, had a chance to try different national dishes, watch lively and vibrant performances of dance and musical ensembles.

But the pandemic put all these on hold, as more events took place either online or in a limited capacity.

The Akmola Region alone hosted more than 1,000 events. Students attended online webinars explaining the role of the Assembly and Kazakhstan’s model of unity and solidarity.

The House of Friendship organized online culinary workshops showing how to cook national dishes of the many ethnic groups in Kazakhstan.

Nur-Sultan city administration organized an online concert involving some of the most popular singers. 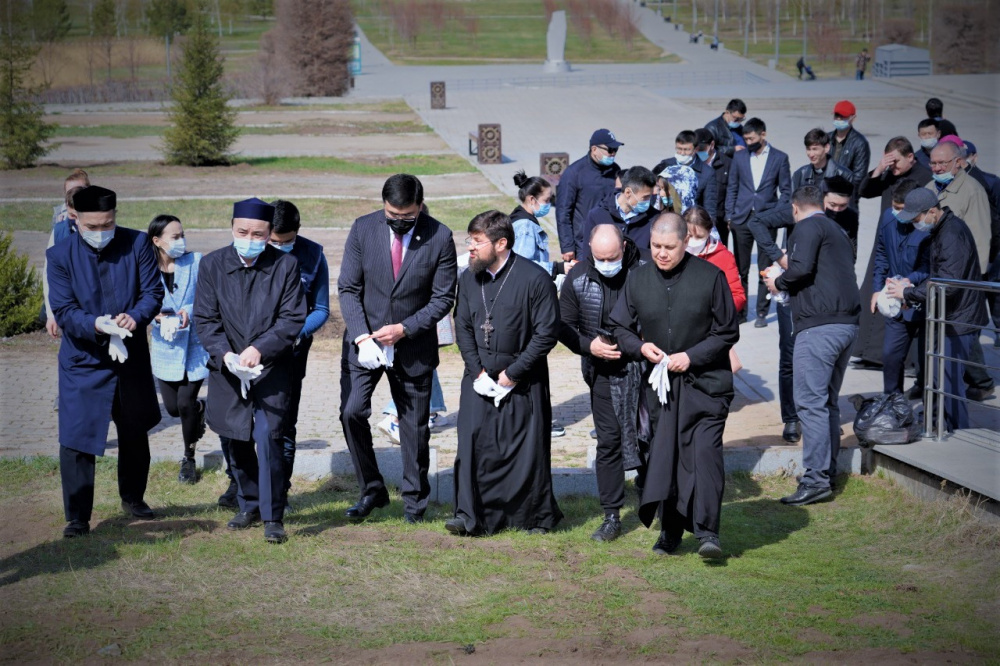 Religious leaders marked the holiday by planting trees in the Alley of Interfaith Accord. The tradition to plant trees on May 1 has been in place since 2017.

"Kazakhstan is one of the most dynamically developing countries in the world. This achievement did not come by itself. The country came to this by maintaining harmony and internal political stability in society, choosing the right direction to create effective levers of inter-ethnic and inter-confessional relations," said Nurdaulet Almukhanov, head of the city’s Department of Religious Affairs.