Today, the United Nations Development Programme (UNDP)’s flagship Human Development Report (HDR) 2019 has been launched at the Central Communications Service under the President of the Republic of Kazakhstan, the UNDP in Nur-Sultan informs. 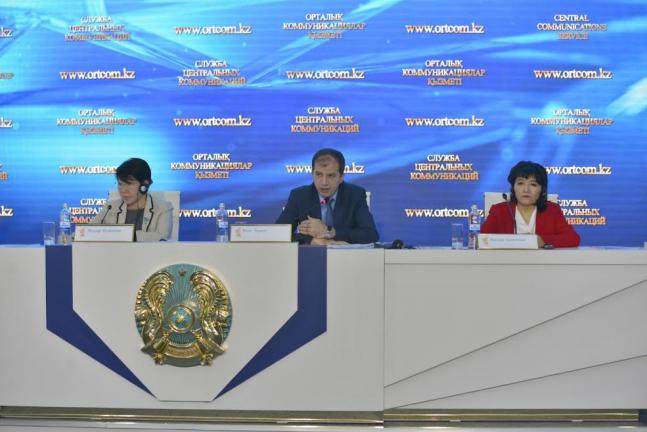 Entitled “Beyond income, beyond averages, beyond today: inequalities in human development in the 21st Century”, the HDR 2019 brings new approaches to measuring progress beyond economic growth alone.

The report notes that middle-income countries in Europe and Central Asia, including Kazakhstan, have achieved higher living standards than ever before. Despite this, climate change and technological disruption, if unchecked, could slow down efforts to reduce inequalities.

According to the report, the region faces pressing challenges exacerbated by existing inequalities such as shrinking middle class, high levels of informal and vulnerable employment, gaps in social protection, emigration of skilled and young workers, and perceptions of inequality before the law.

Just as the gap in the basic living standards is narrowing, new forms of inequalities are emerging. They are caused by uneven access to technology and education and exacerbated among poorer and more vulnerable groups by the climate crisis. Nearly 90 percent of the region’s energy comes from fossil fuels, and nearly 30 percent of land is classified as degraded. And while the region ranks in the middle tercile worldwide on research and development spending and its percentage of highly skilled workers is comparable to that of OECD countries, its ratio of highly skilled to low- skilled employment is only half that of OECD countries—a gap which may become harder to close as technology advances in richer nations.

“Inequality weakens social cohesion and people's trust in government, institutions and each other. It may harm economies and societies. Kazakhstan has achieved high human development since 1992. However, new forms of inequalities, caused by climate change and unequal access to technology, my slowdown the progress. The existing and emerging inequalities need to be addressed with new measures and policies,” said Yakup Beris, UNDP Resident Representative in Kazakhstan.

The report offers new perspectives for analyzing inequalities in three dimensions – beyond income, beyond averages, and beyond today - and proposes forward looking policy options to tackle them.

According to the report, and its section on Kazakhstan, the country’s Human Development Index (HDI) value for 2018 is 0.817 - which puts the country in the very high human development category - positioning it at 50 out of 189 countries.

The Kazakhstan section of the report also gives measures to additional specialized indices such as Inequality-adjusted Human Development Index (IHDI), Gender Development Index (GDI), Gender Inequality Index. A separate dashboard is presented about the quality of human development, gender and women’s empowerment, environment and socio-economic sustainability. Kazakhstan performs well on a number of human development dimensions and faces some challenges in the area of environment.

UNDP offers human development solutions in Kazakhstan since 1993 and supports implementation of national priorities in line with 2030 Agenda and Sustainable Development Goals.