It has been two years since President Tokayev was sworn in the presidential office. The inauguration took place June 12 and this is a good opportunity to look through what has been done over this period. 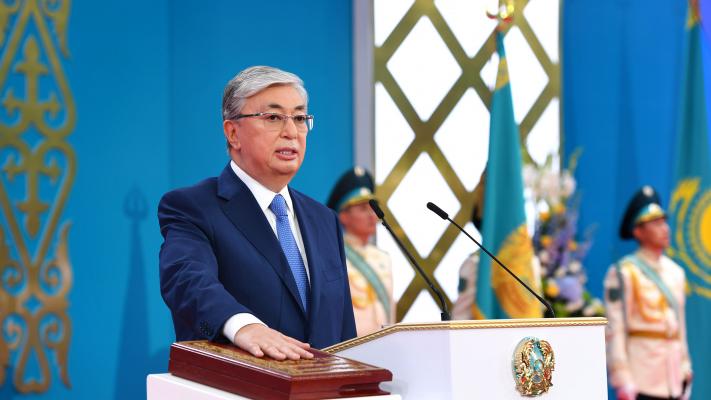 June 12 is an important milestone for the young Central Asian Nation. The country has witnessed the inauguration of its second president in its history after First President Nursultan Nazarbayev, who has been in power for nearly three decades,  unexpectedly for all, relinquished his power on March 19, 2019.

Tokayev, who is a diplomat and statesman with vast experience, took over the presidential office bringing innovative ideas and solutions for the years to come.

Along with a well-established international image, multivector foreign policy, and strong foundations for the country’s development, some factors were driving the progress back and that President Tokayev had to address.

“These factors included the predominance of commodity production, low competitiveness of the manufacturing sector of the economy, lack of access for small and medium-sized enterprises to long-term lending, and disproportionate social and economic development of the country's regions. Residents of different regions suffered from unequal access to utilities and state services, particularly in the urban-rural context,” said political expert Andrey Chebotarev in his report “Political Reforms in Kazakhstan: New Course of President Tokayev.”

It could have been different if not for the coronavirus outbreak that shook all governments worldwide. But looking backward, Tokayev has done everything he could to curb the aftermath of the COVID-19 crisis and is still doing so.

Much of Tokayev’s presidency focused on overcoming the consequences stemming from the coronavirus outbreak that left thousands without jobs and closed businesses.

"At the same time, the initial two years (March 2019-March 2021) of the presidency of Kassym-Jomart Tokayev were marked by serious tests of strength for him personally, for the government, and for the country itself. The most far-reaching of these tests is the ongoing COVID-19 pandemic, with enormous negative health, economic, and social consequences in almost all areas," said Chebotarev.

More than 4.5 million Kazakh citizens, whose jobs were affected by the pandemic, received financial assistance of 42,500 tenge that totaled $1.1 billion.

More than one million people have received food deliveries and some 550,000 families got one-time financial support from the Birgemiz Fund (translated We are Together).

To support businesses, who were already hit hard by the pandemic and were forced to close, Tokayev announced tax exemption for three months at first and later extended until the end of 2020. More than 700,000 businesses have received tax breaks and some have also been able to have their loan payments deferred.

Diversification of the economy has also been on the agenda since June 2019. In this area, much effort has been done to boost non-commodity exports, support Kazakh producers and strengthen the nation’s economic diplomacy.

Last year, despite the COVID-19 pandemic, the economic growth contracted by only 2.6 percent, a relatively good indicator compared to Kazakhstan’s neighbors and economic peers.

Right from his inauguration, Tokayev declared his firm commitment to justice and continuity and well being of the citizens as the end goal of all his policies.

To ensure greater communication between the people and the government, Tokayev established the National Council of Public Trust in July 2019 that gathered representatives of the government and public figures to focus on the most acute issues in the society.

“Our citizens are deeply concerned about the development of dialogue between the government and the society. This dialogue should be based on the recognition of pluralism of opinion. Different views, but one united nation – this is the main guideline,” said Tokayev in his inaugural address announcing the creation of the council that has brought some of the major political reforms.

In December 2019, during the second meeting of the National Council of Public Trust, Tokayev announced a package of major political reforms that were expected to help Kazakhstan progress in its political modernization.

“Civil activists, experts, members of the National Council of Public Trust took part in the preparation of the law. The law passed several discussions in Parliament. The Senate returned it several times to the Majilis for revision. Thus, all the shortcomings of the old legislation were subjected to thorough analysis and revision, new realities and demands of the time were taken into account,” said Kazakh Institute for Strategic Studies President Zarema Shaikenova.

According to her, the change confirms Tokayev’s commitment to the concept of a listening state, as the “channel of communication between the authorities and society is expanding.”

Another major political reform occurred in the election to the Majilis, a lower chamber of the Kazakh Parliament. In May, Tokayev signed a decree that reduced the electoral threshold from 7 to 5 percent making it possible for more parties to get seats in the Majilis.

Direct elections of rural akims and the introduction of the “none above all” option on the electoral ballot are also among Tokayev’s latest initiatives.

Reforms in the state planning system

After Tokayev came to the office, he restructured the government creating new ministries and abolishing others.

“This decision was important from the perspective of distinguishing between activities for the civil service development and control over quality compliance of public services, on the one hand, and anti-corruption activities, on the other,” said Chebotarev.

In June 2019 as well, Tokayev established the new Ministry of Trade and Integration to take charge of the domestic and foreign trade policies, support for local producers, and economic integration, among other areas.

In the same month, the President instructed the creation of a new Ministry of Ecology, Geology and Natural Resources and Ministry of Digital Development, Defense and Aerospace Industry.

As the nation celebrates the 30 years of its independence this year, more is yet to come from President Tokayev's firm leadership.