The Azerbaijani capital of Baku held a meeting of the Turkic Council’s Foreign Ministers’ Council in the run-up to the 7th Summit of the Cooperation Council of Turkic-Speaking States, Strategy2050.kz informs with reference to the Kazakh Foreign Ministry. 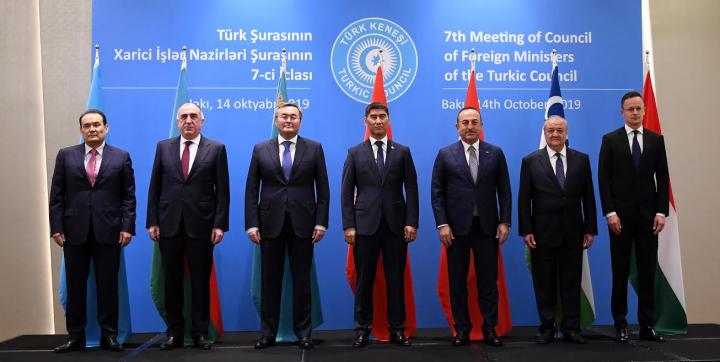 Annual ministerial meetings aim at discussing substantive and organizational issues with regard to the build-up for meetings and decisions of the Heads of State of the Turkic Council. This meeting resulted in the agreement of the agenda projects and outcome documents that were slated for signing and approval during the meeting of the Council of the Heads of State.

The adoption of the Declaration of the 7th Summit and the Decision on creation of the Coordinating Committee of the Turkic Cooperation Organizations, as well as the signing of an agreement between the Turkic Council’s Secretariat and the Hungarian Government on locating the Council’s office in Budapest were scheduled.

The meeting saw the conclusion of documents regulating the Turkic Council’s office in Budapest, Hungary, opened on 19 September 2019.

Those documents are destined to regulate the organizational and financial activities of new Turkic organizations and contribute to their future operation in the name of the States and nations of the Turkic world.

Hungary was granted the observer status to the International Turkic Culture and Heritage Foundation by a separate ministers’ decision.

The Cooperation Council of Turkic-Speaking States was set up following the initiative of first Kazakh President – National Leader Nursultan Nazarbayev in Nakhchivan, Azerbaijan, in 2009, with its Secretariat in Istanbul (Turkey).

Following the 7th Summit, where Uzbekistan’s accession to the Turkic Council was expected, its members would include 5 States, including Azerbaijan, Kazakhstan, Kyrgyzstan, Turkey and Uzbekistan.