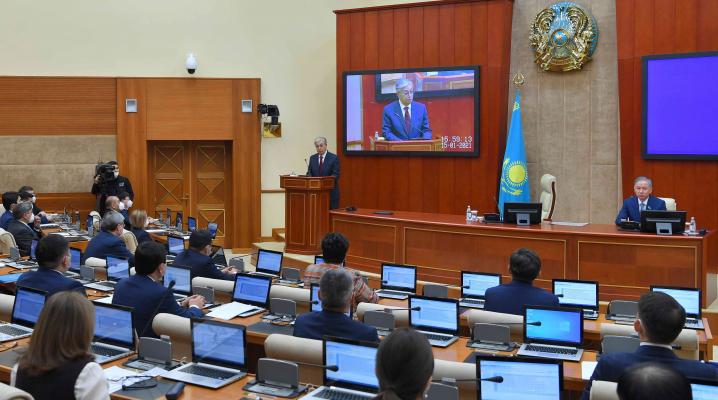 “A promise, that as the country’s economy grows, it would, in the same way, expand the democratic representation of Kazakh society, counting on everyone, including its women and children, young people, who are often underrepresented in the rest of the world,” said the professor.

Addressing the Parliament session on January 15, Tokayev announced the third package of political reforms focusing on the continued modernization of Kazakhstan’s political system. The initiatives included reducing the threshold for political parties to gain seats in Majilis, a lower chamber of the Kazakh parliament from the current 7 percent to 5 percent, introducing ‘against all’ option in an electoral ballot, and the election of rural akims (mayors), among others.

“On the positive side, the main thing is to underline the President's commitment to keeping his word with the Kazakh people that under his mandate, he would expand the political process of democratization, reducing the barriers to nominate a candidate, which will facilitate an increase in political parties. At the same time, electoral regulations oblige to ensure the presence of women and young people,” said José Luis Orella.

Kazakhstan embarks on a “rapid evolutionary process” in a very short period of time, which takes generations in other countries, he added.
фото: From published sources
поделится:
recommended