Head of State Kassym-Jomart Tokayev presented his annual State-of-the-nation-Address “Kazakhstan in a new reality: time for actions” at the joint session of the Kazakh Parliament chambers. The President launched a string of initiatives aimed at improvement the effectiveness of the government system, the economy in new realities, industrial fulfillment, developing the agriculture, transport and logistics complex, small and medium-sized business, financial sector, modernizing the country's territorial development and increasing the social well-being of Kazakh citizens. What are these initiatives? Read more in the review by the Strategy2050.kz correspondent. 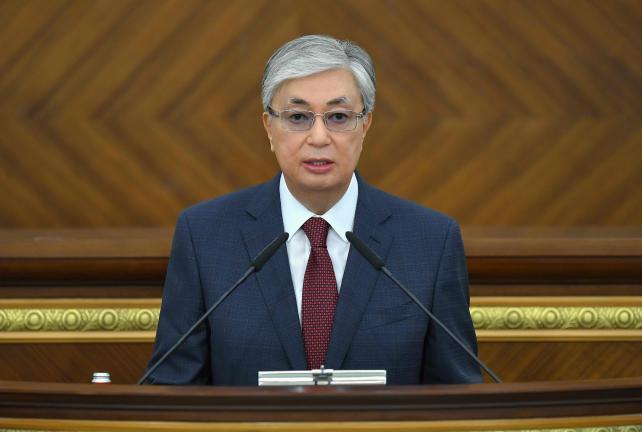 At the instructions of the Head of State, Kazakhstan will create:

1. Agency for Strategic Planning and Reforms under the President

The Agency will become the central core in the entire government planning system.

This instrument will be created in order to fix agreements between the State and investors. It will be introduced and implemented by the end of the year as part of the draft law on the economic growth rehabilitation.

The Committee will be created within the structure of the National Bank of Kazakhstan. It will include independent members, as well.

The work of the Ministry of Finance will be reoriented to fight against the shadow economy.

5. Agency for Protection and Promotion of Competition with direct reporting to the President

Denationalization of the economy plays an important role in the development of equal competition.

As a result of this social reform 700 thousand contributors of the Pension Savings Fund will be able to use part of their savings for the purchase of housing, medical treatment, or for transferring to the management of financial companies.

The reform will also become an effective tool for “whitewashing” labor relations, creating incentives for participation in the pension system.

According to the program, the number of quotas for IVF fertilization programs will increase by 7 times (7 thousand quotas).

This program is created with the aim of stimulating the demographic situation in the country.

8. Social Code of the country

Currently, the social security sector is regulated by 17 laws and dozens of bylaws. This has led to the complexity and fragmentation of regulation. The result is a blurring of the responsibility of the State, a lack of understanding by citizens of their own rights.

This document will provide for the active introduction of alternative options for non-formal education, recognition of the results of individual study, certification of professional skills.

The attitude towards animals is a measure of the civilization of any State.

It should be noted that this was the second Address of Kassym-Jomart Tokayev. The first State-of-the-nation-Address “Constructive public dialogue – the basis of stability and prosperity of Kazakhstan” was presented by him on September 2, 2019.