During the talks, the interlocutors discussed the state and prospects of bilateral cooperation, including the planned visit of Bulgarian President Rumen Radev to Nur-Sultan next year.

According to the President, Bulgaria is of interest to Kazakhstan in terms of both trade and economic cooperation, and interaction with the European Union. A significant role in the development of contacts is played by the Bulgarian diaspora in Kazakhstan, which is an integral part of our people.

“The fifth generation of Bulgarians lives on the Kazakh land. We have great respect for the Bulgarian people, we value cooperation with your state, we believe that relations between the two countries are developing successfully”, the Head of State noted.

The Kazakh leader emphasized that present favorable conditions have been created for bringing cooperation with Bulgaria to a qualitatively new level. In this context, Kassym-Jomart Tokayev noted the importance of intensifying the activities of the Intergovernmental Commission with an eye to developing promising areas, the implementation of which will give a significant impetus to bilateral relations. 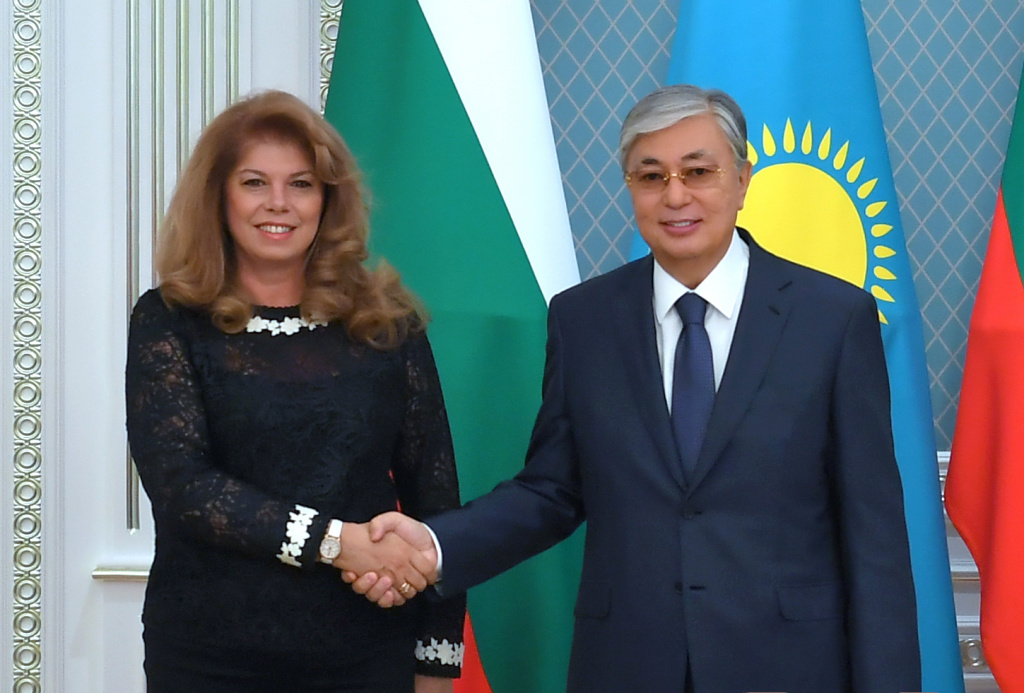 In turn, the Vice President of Bulgaria confirmed her commitment to further deepening cooperation between the two states, including through the European Union.

According to Iliyana Yotova, today Kazakhstan is showing impressive successes in implementing large-scale reforms initiated in the Address of President Kassym-Jomart Tokayev in September 2019. In her opinion, the implementation of this program will fully contribute to improving the well-being of the people and promoting dialogue between the Government and civil society. The Bulgarian politician took with interest the idea of ​​the Head of State to create a National Council of Public Trust.

Along with this, Ilyana Yotova praised the Kazakh model of interethnic harmony and expressed confidence that the Bulgarian diaspora will continue to make a real contribution to the development of the Kazakh state.

In conclusion, the interlocutor informed about her plans to visit Pavlodar region, where she will meet with representatives of the local Bulgarian community.