The Washington Times newspaper has published an article titled “Kazakhstan strengthens democracy with civic engagement and by empowering women” by American expert Jessie Jane Duff, a 20-year veteran of the U.S. Marine Corps and a fellow with the London Center for Policy Research and co-chair of Veterans for Trump, about political reforms being carried out in Kazakhstan today, Strategy2050.kz reports. 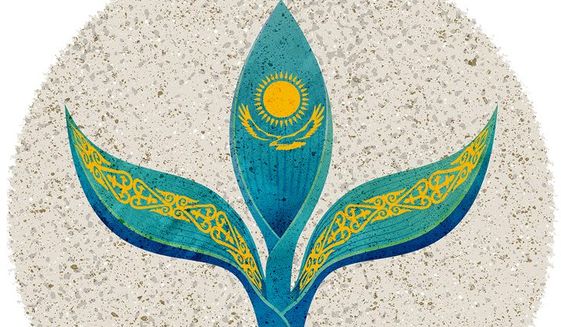 “Since President Trump has taken office, he has been clear about the need for fostering democratic reforms and promoting ideals of freedom, justice and equality in governments around the world.

When he campaigned for the presidency, one of the hallmarks of his campaign was his arguably isolationist posture toward foreign policy, citing the tremendous amounts of resources in both lives and monies that the government has expended by intervening in countries abroad. The “nation building” mantra of the Bush years, where intervention was viewed as the only way to promote democracy abroad, has become a thing of the past.

He’s put into place a system where countries and their leaders are independently motivated to take action to democratize their governmental bodies and systems.

The ability to spur such action is unique unto him and the way he’s sought to create such motivation. Kazakhstan, a country in Central Asia, is a great example of a country that has taken dramatic democratic reforms in recent years, that would have been unprecedented just a few years ago.

In fact, President Trump welcomed former Kazakhstani President Nursultan Nazarbayev to the White House in January of 2018. The administration has had particular engagement with Kazakhstan given its unique trajectory of demonstrating a desire to implement democratic reforms to its political processes.

In advance of its political primaries being held in August of this year in Kazakhstan, Nur Otan, the country’s ruling party, has approved a series of uniquely democratic protocols meant to compel open and political competition, promote civic engagement in the political process; and empower women and the youth of the country.

President Kassym-Zhomart Tokayev has championed these reforms in the face of parliamentary opposition. The open primaries will be held for the first time in the history of Kazakhstan. It will help facilitate effective interactions between candidates of the ruling party and citizens in society. The model will also incentivize campaigning among the candidates; with specific measures having been put into place to prohibit financing of candidates on the part of foreign entities.

There will also be a mandatory public debate held between the candidates competing in the primary that will be broadcast for all the citizens to see. This will allow them the opportunity to make the most well-informed decisions possible when casting their ballots. The debate will also help bolster the democratic character of the system in Kazakhstan that the Nur Otan party has created and put into place.

The quota system that the party has put into place for the primary process is indicative of the scope of democratic reforms and development that Kazakhstan is in the midst of experiencing. In the primary process, it will be mandatory for at least 30% of the candidates to be women; and for 20% of the candidates to be young people. The motivation behind instituting these two quotas was twofold.

Firstly, the female quota will promote female empowerment and participation among women in the political and civic process. For the youth demographic of the country, it will compel them to be involved and feel inclined to participate in the election and democratic process. The primaries will only this generation to have candidates with realistic opportunities to be elected to authoritative positions of power in the leading party and participate in governmental decisions.

These reforms to the primary process instituted by the Nur Otan party are part of a new political culture taking shape in Kazakhstan. One with competing candidates presenting competing political philosophies and views, that seek to advance the country’s interest and future. This developing democratic culture is affording opportunities for dissenting views and voices; and promoting civic engagement among the masses.

Although this quota practice in elections exists in well-developed nations in Western Europe such as Belgium, France and Germany, it is unprecedented for them having now been introduced to a developing country in Central Asia like Kazakhstan. This is a monumental and seismic breakthrough for all democratic reformers and activists.

As an American it is heartening to see other nations seeking to emulate our precious democratic model and electoral process, and those of our allies. It’s equally promising to see nations like Kazakhstan taking the initiative on their own to promote democratic reforms in their political system that are lasting and impactful. But it’s also incumbent upon us for this very same reason to seek to highlight such efforts and to ensure proper recognition is afforded where it’s due. Kazakhstan and the Nur Otan political party in particular, deserve ample credit”, the article reads.