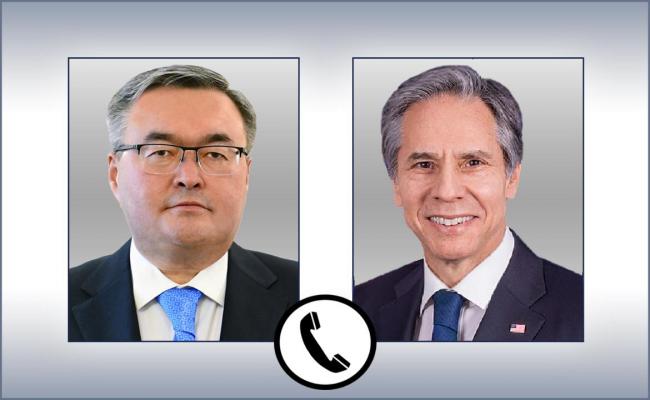 They discussed important aspects of the international agenda and bilateral relations, including deepening the enhanced strategic partnership between Kazakhstan and the United States

Mukhtar Tileuberdi spoke about the reforms initiated by President Kassym-Jomart Tokayev to democratize the social and political system in Kazakhstan.

In addition, they reviewed the schedule and arrangements of the events dedicated to the 30th anniversary of the establishment of diplomatic relations between Kazakhstan and the United States and the upcoming online meeting of the C5+1 dialogue platform.


"The Secretary affirmed the United States’ continuing support for Kazakhstan’s sovereignty, territorial integrity, and independence. He and the Foreign Minister looked ahead to expanded bilateral and regional cooperation in the wake of the COVID pandemic," said Ned Price, spokesperson for the United States Department of State, in a statement published on the U.S. Department of State website.