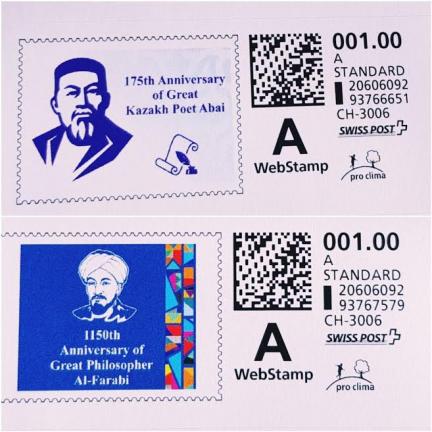 The Swiss Post and Swiss stamps are one of the main brands of the country. Swiss Post’s stamps particularly popular among collectors and tourists worldwide. Switzerland used to be a host of many international philatelic exhibitions.

“Despite high development of digital technologies and electronic services in Switzerland Swiss Post remains one of the popular communication resources not only among citizens and residents of the country, but also among companies, international organizations, federal, cantonal and municipal authorities,” the statement read.

The embassy uses issued stamps in its daily business correspondence. Negotiations are underway to distribute commemorative stamps throughout Switzerland.