Former President of the Slovak Republic Ivan Gašparovič welcomes the course of reforms implemented in Kazakhstan, and believes that they will ensure further progressive development of the country, he said at a meeting with the Ambassador of Kazakhstan in Bratislava Roman Vassilenko, Strategy2050.kz reports with reference to the Kazakh foreign ministry’s press service. 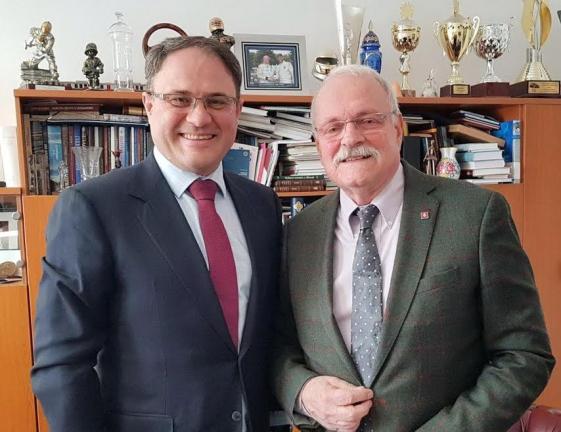 Ivan Gašparovič visited Kazakhstan twice in 2010 - first on an official visit, then - to participate in the OSCE summit. In 2007, he received First President of Kazakhstan - Elbasy Nursultan Nazarbayev during his state visit to the capital of Slovakia.

As the Slovak Former President noted at the meeting, he warmly recalls his visits to Kazakhstan, all these years he has been closely following the country's development and is impressed by his achievements. Welcoming the course of political and socio-economic reforms outlined by President Kassym-Jomart Tokayev, the Slovak Former President noted the particular relevance and importance of strengthening the rule of law, protecting human rights, improving the investment climate, which together is designed to give a serious effect both for stimulating domestic economic growth, and for expanding cooperation with business circles of other countries.

According to him, the potential for expanding cooperation between Slovakia and Kazakhstan may lie in the areas of industry, including automotive, design and engineering, processing of agricultural products, information technology.