The situation in Kazakh financial markets has been stable during the past 8 months of the present year. The inflation has been within the target of 4-6%, with the monthly inflation equalling 0.2% and the annual inflation accelerating to 5.5% in August. 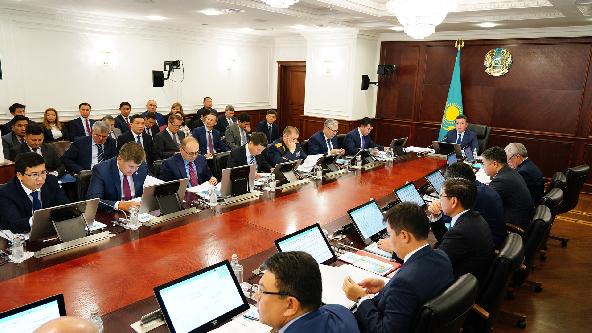 According to the National Bank Chairman, the food prices have seen a 9% year-on-year growth, strongly contributing to inflation. However, 60% of the annual food inflation has occurred because of the price increase in certain types of food, including meat – by 12.8%, bakery products and groats – by 12.6%. These types of products have risen in prices in the background of the increasing world prices and exports.

Non-food prices have seen an annual increase of 5.7%. Annual price changes in paid services remain at an historical low – 0.8%.

The main inflation factor is the growing consumer demand in response to a considerable fiscal boost in the background of the growing budgetary social expenses.

“We estimate an additional contribution of 0.5 percentage point from a fiscal boost in 2019. In late this year we expect the inflation rate at 5.7-5.8%. Under these circumstances, on 9 September 2019 the National Bank decided to raise the base rate to 9.25% keeping the percentage rate at +/-1 percentage point,” he said.

In August this year the situation in the monetary market has levelled off.

As of 1 September 2019, Kazakhstan’s international reserves have stood at $28.2 billion, increasing by 1.9% in August. The National Fund’s assets have equalled $59.6 billion.

Performance of the incomes in the State budget for the reporting period has stood at 102.8%, resulting in an amount of 8 trillion 407 billion tenge being deposited in the budget.

Performance of the expenses in the State budget for the reporting period has totalled 8 trillion 910 billion tenge, that is 98.3%, with more than half or 4 trillion 856 billion tenge being allocated to the social sector. The fiscal deficit is 503 billion tenge or 0.7% of the GDP.

“The plan on revenues for the reporting period (less transfer) has been over-executed on budgets at all levels. The State budget’s revenues have risen by 114.6% over the same period of last year,” Smailov said.

The national budget has received 4 trillion 363 billion tenge of revenues, increasing by 118.1% or 669 billion tenge compared to 8 months of 2018, mainly generated from taxes. The improved tax and customs administration and economic growth contributed to higher taxes.

The local budgets’ own revenues of 1 trillion 659 billion tenge have been executed.