Side event on Kazakhstan’s Zhusan operation took place in Geneva

The permanent mission of Kazakhstan in Geneva held a side event on 5 November initiated by the Ministry of Justice of Kazakhstan on the operation Zhusan as well as the reintegration into peaceful life of Kazakh nationals, primarily women and children, returned from Syria, Strategy2050.kz informs referring to the Foreign Kazakh Ministry. 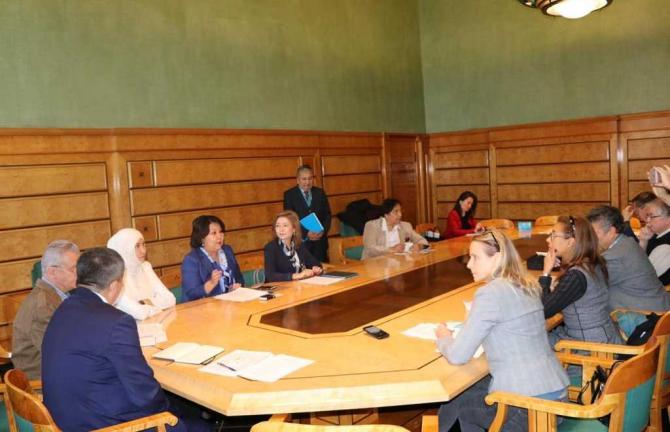 The participants were presented with two short thematic videos on the operation Zhusan. Permanent Representative Zhanar Aitzhanova opened the discussion by emphasizing that the side-event initiated by Kazakhstan coincided with the historic events taking place in the UN Office in Geneva. In particular, the Syrian Constitutional Committee was launched and its working body started developing a new draft national constitution. She also pointed out that as a result of four stages of the operation Zhusan, 595 citizens, including 406 children and 156 women, were brought back to Kazakhstan.

Akerke Akhmetova, Vice-Minister of Justice, briefed the participants on the work done by the Ministry of Justice to re-issue birth certificates of the returned children, including DNA testing for 33 orphans in order to establish their family links as well as the development of a draft law on social and legal assistance to the returnees.

Dulat Zhekebayev from the Ministry of Education presented the information on special educational and rehabilitation programs for the children.

The speech by Aida Sarina, a woman who have been in Syria for more than three years and suffered all pitfalls of the armed conflict, attracted the most attention. She underscored that the full rehabilitation of the returnees was possible, and Kazakhstan demonstrated it in practice. Aida Sarina called upon other States to use Kazakhstan’s experience bring women and children back home from Syria. Alim Shaumetov from the rehabilitation centre “Akniet” complemented her remarks by providing the detailed information on psychological and theological assistance to women and children and their social reintegration.

The representatives of Russia, Belarus, UNICEF and ILO underscored the special importance of the work done by Kazakhstan and expressed readiness for cooperation and experience-sharing in the area of reintegration and adaptation of women and children returned from conflicts zones.

Zhanar Aitzhanova concluded the discussion by mentioning that Kazakhstan intends to host a similar event on national experiences in reintegration of returnees in cooperation with Fionuala Ni Aolain, UN Special Rapporteur, on protecting human rights while countering terrorism, on the sidelines of the next session of the UN Human Rights Council.