In his address to the nation, President Kassym-Jomart Tokayev spoke about the situation in Afghanistan noting certain risks, and tasked the government to look into worst-case scenarios. While the Embassy of Kazakhstan continues to work in Kabul in restricted mode, Aide to President Erlan Karin said the country's security forces have done a big job to return fellow citizens back home, reports Strategy2050.kz. 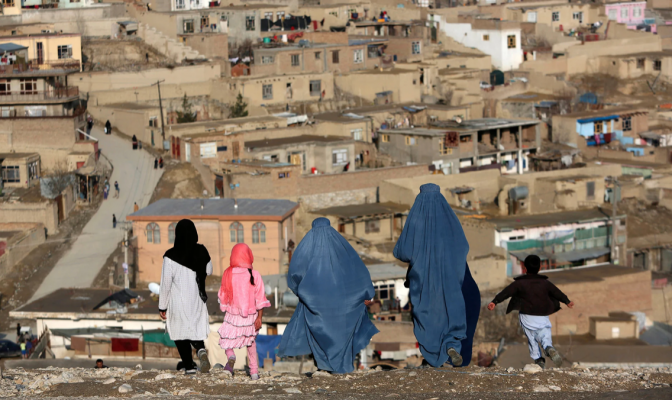 "I kept waiting for someone to try to reveal the details of the special operation to evacuate our citizens from Afghanistan. But our security structures were able to conduct the most complicated operation in a short time, in total chaos in Kabul," wrote Karin on his Telegram channel.

The operation included reaching an agreement with U.S. personnel in Kabul, who, according to Karin, "had their own concerns and problems."

"Then, they had to assemble our people in Kabul and safely escort them to the airport, and then again to negotiate with everyone in the field, to get them through the checkpoints to the airport," said Karin.

After the Taliban group reached Kabul and took over the city, President Tokayev tasked the government to ensure the safety of Kazakh citizens and diplomats in Kabul.

The Ministry of Foreign Affairs of Kazakhstan released a statement on August 19 saying Kazakhstan "calls on all parties involved to ensure the peaceful transit of power as the main prerequisite for internal stabilization."

"We support the UN Security Council's statement on establishing an inclusive and representative government, respecting the rights of national minorities and women, avoiding the presence of groups that pose a threat to other states, and respecting international law," said the ministry.

What is happening now in Afghanistan?

As the United States announced it would end withdrawal of its forces from Afghanistan by September 11, the Taliban started swftly taking over the country regions and reaching Kabul on August 15.

President Ashraf Gani fled the country to avoid the bloodshed, as he admitted later in a social media post.

Foreign embassies immediately started the evacuation of their nationals and diplomatic missions.

"Our Operation Allies Refuge ended up getting more than 5,500 Americans out.  We got out thousands of citizens and diplomats from those countries that went into Afghanistan with us.  We got out locally employed staff of the United States Embassy and their families, totaling roughly 2,500 people.  We got thousands of Afghan translators and interpreters and others, who supported the United States, out as well," said U.S. President Joe Biden on August 31 following the complete withdrawal of his co0untry's troops from Afghanistan.

The takeover forced hundreds of Afghan people to rush to the airport in an effort to flee the country. But all commercial flights were suspended.

The situation remains chaotic and unclear what it holds for the future of Afghanistan and the Afghan people. Though the Taliban group seems to position themselves more moderate compared to their previous rule, many remain skeptical of these statements. Women, in particular, fear their hard-won rights could be curtailed. During their rule between 1996 and 2000, women were not allowed to have a job, study and had to cover with burqas. They were able to go out only accompanied by a male relative.

"On the day Afghanistan enters a new phase, I want to express my grave concern at the deepening humanitarian and economic crisis in the country and the threat of basic services collapsing completely. Today, almost half of the population of Afghanistan — 18 million people — need humanitarian assistance to survive.  One in three Afghans do not know where their next meal will come from.  More than half of all children under five are expected to become acutely malnourished in the next year.  People are losing access to basic goods and services every day.  A humanitarian catastrophe looms," he said.