Broad Chairman Akhmetzhan Yessimov of Samruk Kazyna took part in the celebrations of 70 years of Ulba Metallurgical Plant (UMP), a subsidiary of the Fund’s leading portfolio company KazAtomProm, as part of the working visit to the city of Ust-Kamenogorsk, the Fund’s press service informs. 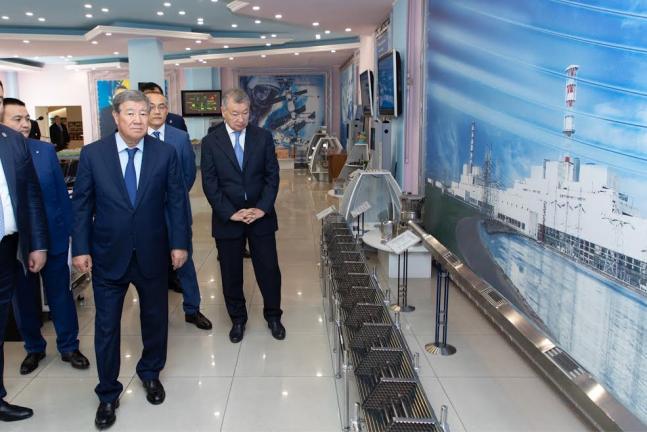 Addressing the UMP leadership and employees, the Chairman deliberated on the upcoming IPO/SPO of the Fund’s major portfolio companies as well as on the perspectives of Samruk Kasyna’s privatization programme for 2016-20, endorsed by the Kazakh government.

The Fund’s head stressed that KazAtomProm is the world’s largest producer of uranium – 23% of the global initial uranium production, employing around 21 thousand people. After going public KazAtomProm’s shares went up, and the company’s value grew from $3 to $3.5B.

The existing technologies allow for 3600 tons of uranium to be processed each year, with the plans to further increase the amount of uranium being processed to 6000 tons.