Russia will hold on June 24 military parades on Moscow’s Red Square and in other cities across the country to mark the 75th anniversary of the Soviet Union’s Victory over Nazi Germany in the 1941-1945 Great Patriotic War, President Vladimir Putin announced on Tuesday during a session with Russian Defense Minister Sergei Shoigu, TASS reports. 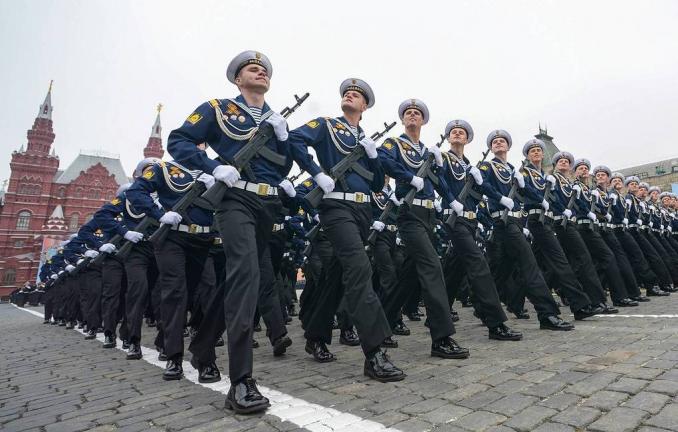 The Russian President announced a decision on April 16 to postpone the Victory Day Parade, which is held annually on May 9, because the preparations for it could not be carried out amid the coronavirus spread. Putin pledged that the Victory Day would be celebrated in Russia later this year.

"I command to start preparations for holding military parades in the capital of Russia and in other cities to mark the 75th anniversary of the Victory in the Great Patriotic War," Putin said adding that the date for the military parades is June 24.

In the words of Vladimir Putin, June 24 is the day when in 1945 the legendary historic parade of victors took place, when soldiers, who fought for Moscow and defended Leningrad and Stalingrad, liberated Europe and stormed Berlin, marched on Red Square.

Putin ordered Shoigu to exclude all possible risks threatening the health of the parade participants.

"I order you to provide the most stringent requirements regarding the safety measures during the preparations for and the organization of the parade," the President said.

The President said he made the decision taking into account the fact that the situation in the majority of Russian regions and in the Armed Forces became stable after surpassing the climax of the outbreak.

It should be noted that yesterday President of Kazakhstan Kassym-Jomart Tokayev and President of Russia Vladimir Putin had a telephone conversation. Following the talks the President of Russia invited President Tokyev to participate as an honorary guest in the Victory Parade to be held on June 24 in Moscow. The invitation was kindly accepted.