Round table dedicated to Elbasy held in Israel

On 6 July 2020 Embassy of Kazakhstan in Israel has held a round table in Tel Aviv, marking the Capital Day and 80th Anniversary of First President of Kazakhstan - Elbasy Nursultan Nazarbayev, Strategy2050.kz reports. 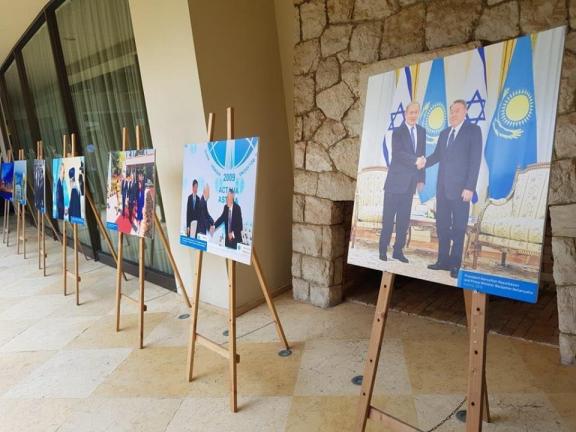 Patriarch of Jerusalem Theophilus III, representatives of the Israeli Foreign Ministry, diplomatic corps, political, business and scientific circles, medical centers, mass-media, compatriots, and friends of Kazakhstan were among the guests of the event.

Ambassador S.Bursakov informed the guests about the history of the formation of current Kazakh capital - the city of Nur-Sultan, as well as about important international initiatives and historical milestones of the country's development under the leadership of First President.

The diplomat read out the congratulatory message of Prime Minister Benjamin Netanyahu to N.Nazarbayev. Warmly recalling his visit to Astana in December 2016, the Israeli Prime Minister notes: “Under your leadership, Kazakhstan has become a vibrant, modern country with a more diversified economy. It is truly a force to be reckoned with in Central Asia and beyond”.

"Elbasy always believed that the nation that owns such a rich country as Kazakhstan should rely on the development of technology and education, and not only on its natural resources”. He also called him a unique leader. The politician emphasized that “These days are not ordinary times. The world lacks far sighted leaders. Leaders that have an inner compass, thus bestow on their people the gift of solidarity, tolerance and ethics. Nazarbayev is one of a few", Ehud Barak noted.

Another ex-Prime Minister Ehud Olmert, highly appreciating the vision and strategy of Nazarbayev, noted his personal efforts in the process of moving the capital of Kazakhstan at the dawn of independence of the young country from Almaty to Akmola/Astana in 1997 (renamed in 2019 as Nur-Sultan), as well as his contribution to multi-vector diplomacy of Kazakhstan in the context of developing cooperation with its influential neighbors. In his opinion, the era of N.Nazarbayev, during which current strong bilateral relationship between Kazakhstan and Israel was founded, will always be remembered and appreciated by the leaders and the people of Israel. The Prime Minister emphasized that Kazakhstan can be considered a role model for many countries of the world thanks to the Leader of the nation like Nazarbayev. 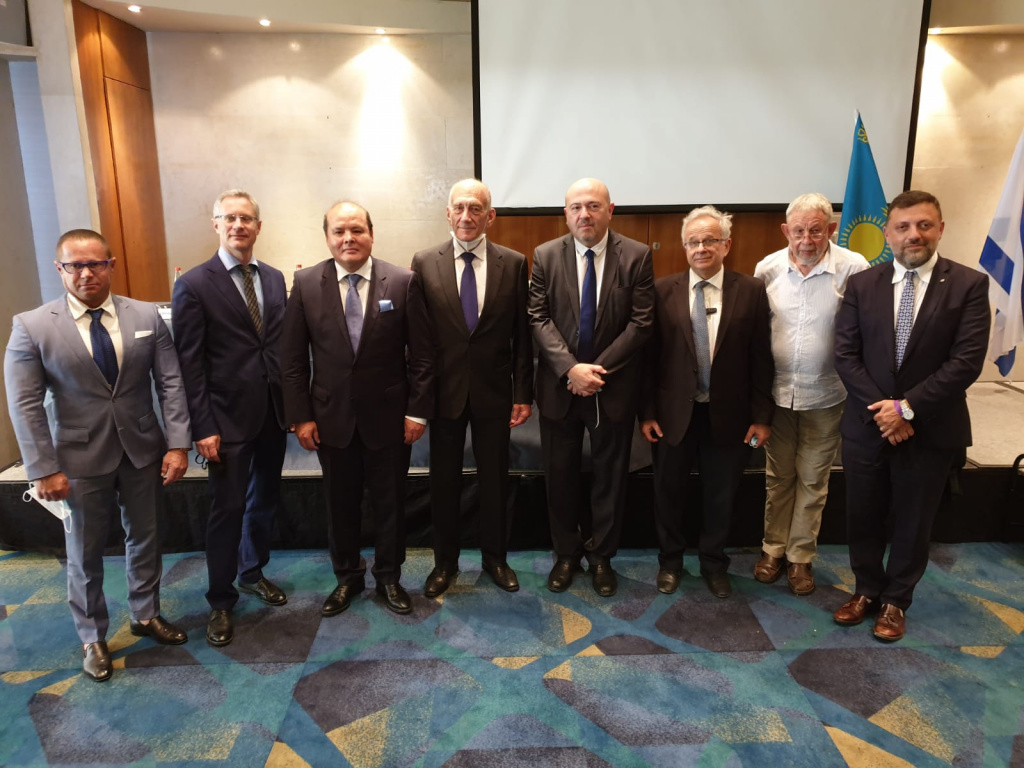 Director General of the Euro-Asian Jewish Congress Haim Ben Yakov conveyed heartfelt congratulations to N.Nazarbayev from the president of this organization, Mikhail Mirilashvili, and also highlighted the Kazakhstan interfaith model. He spoke about the results of research conducted by his organization among the Jewish diaspora in Kazakhstan. They showed a unique phenomenon that in Kazakhstan the level of self-determination of Jews as a nation directly correlates with the level of patriotism in relation to Kazakhstan. According to the researchers, this, as well as many other factors, proves that there is no anti-Semitism in modern Kazakhstan.

Professor Victor Radutsky, who translated from Hebrew for Nazarbayev, presenting unique pictures taken during the First President’s visits to Israel, told the audience about his impressions of his conversations with N.Nazarbayev and about interesting moments of the meetings of Kazakh and Israeli politicians. He also mentioned the similarities between Kazakh and Israeli Jewish philosophy.

After the round table the audience enjoyed a documentary about the First President called "Appointed by Time".

Guests of the event also had the opportunity to see the photo exhibition dedicated to Kazakh-Israeli cooperation and the main sights of the city of Nur-Sultan and best places of Kazakhstan.