On 20 January this year, in Dortmund, the Federal Republic of Germany, the meetings of the Deputy Prime Minister of Kazakhstan, Roman Sklyar, took place with representatives of German business. The meeting was attended by the leaders of more than 40 German companies, primeminister.kz informs. 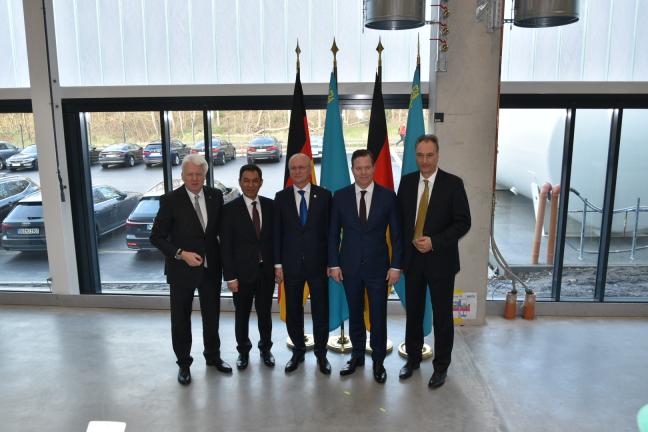 “The experience of bilateral relations demonstrates that Germany is a reliable partner. We together with you want to find new opportunities for expanding and developing cooperation in all areas. More than 1,000 enterprises with the participation of German capital are already operating in Kazakhstan,” Roman Sklyar said.

The Deputy Prime Minister dwelt in detail on the possibilities of developing dynamic business cooperation between the two countries, discussing specific issues to attract German investment, implementing joint projects in the fields of industry, energy, agriculture and other equally important areas for the Kazakh economy.

In turn, Oliver Hermes, Chairman of the Board of the Eastern Committee of the German economy, spoke about the importance of intensifying mutually beneficial cooperation between the two countries, and the world-famous German manufacturers - Siemens, Dillinger Hüttenwerke AG, OTTO Fuchs KG, DMT Group and others expressed interest in the further development of interaction.

In general, in recent years, joint investment projects worth more than 2 billion euros have been implemented in the sectors of engineering, construction, chemistry, energy, renewable energy, the agro-industrial complex, trade, the development of raw material deposits and other sectors of the economy. Of these, more than 90% fall on the non-primary sector.