As the Kazakh government recently designated March as national culture and traditions month as part of the 30th anniversary of Kazakhstan’s independence, revisiting national traditions and culture is an opportunity to celebrate the country’s rich cultural heritage in Strategy2050.kz latest coverage. 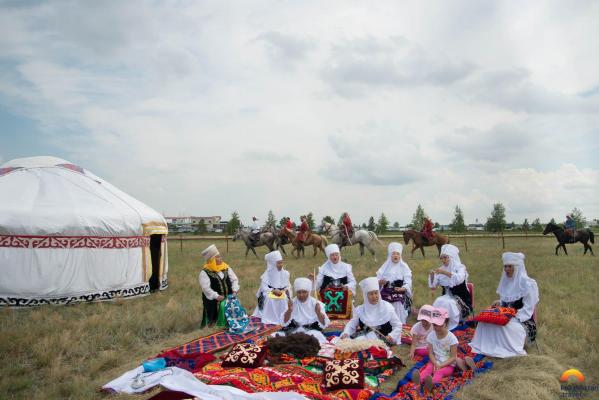 For Kazakhstan, a young country with a rich historical and cultural past, national culture and traditions have served as crucial support that held people together in some of the difficult periods in the country’s history. Since gaining independence in 1991, Kazakhstan has shown a good example of how to combine its aspirations to raise an international profile, but also keep its traditions and culture intact from generation to generation.

“The first condition for successful modernization is the preservation of national culture and tradition. Without this, modernization is empty rhetoric. However, this does not mean the preservation of everything in the national culture. We need to separate those aspects which give us confidence in the future and those that hold us back,” said Kazakhstan’s First President Nursultan Nazarbayev in a Ruhani Jangyru program aimed at modernisation of Kazakhstan’s identity.

The new modernization should be built on the best traditions and make them important pillars for future success.

“Without national and cultural roots, modernization will be left hanging in the air. And I want it to stand firm. History and national traditions must be taken into account,” he said back then in 2017.

Many traditions originated from the country’s nomadic past with Kazakhs traversing the great steppes and being constantly on move. While many Kazakhs started to transition to sedentary lifestyles in the 19th - 20th century, traditions and rituals can still be traced.

Hospitality has been bedrock of Kazakhstan’s identity and one of the most cherished values. Meeting guests with warmth and serving delicious meals is common for Kazakh households. The Kazakh saying “Qonaq keldi – irisyn ala keldi” (“The guest comes and brings happiness to the home”) proves the idea. Inviting relatives and friends has evolved into a common tradition, thought acquiring some modern specifics.

Both in the past and present, the most delicious meals are preserved for guests. Meals are traditionally simple but highly nutritional to help Kazakhs withstand long distances, and some of the earth’s cold temperatures in winter.

Though dishes vary cross regions, a big dastarkhan (table setting) would include beshbarmak, a national dish of boiled horse meat, pastry noodles and potatoes, baursaks (fried dough food), kazy (a homemade sausage made from horsemeat) and shelpeks (fried flatbread), among others.

Konakasy (“konak” means guest and “as” means treat in Kazakh) is a tradition of serving and treating a guest. In the past, guests were categorized into arnaiy konak, a specially invited guest, kudaiy (a guest from God in Kazakh) konak - an uninvited random guest, and kydyrma konak - an unexpected guest. No matter what guest visits a Kazakh household, konakasy is offered to each of them.

Shashu refers to a tradition of showering candies and sweets on different festivities, including guest reception, housewarming and weddings. Everyone tries to catch the sweets, as the belief says it would bring luck.

These principles of hospitality and many others when each offered a helping hand saved lives in hardships and made Kazakhstan what it is today - a stable multicultural and multiethnic country.

Family values are central to Kazakh society, which can explain why so many traditions are related to family and particularly, children. There is a Kazakh saying “Balaly ui bazar, balasyz ui mazar” which means a house with children is happiness and joy, a house without children is like a grave.

There are traditions that match every important stage in a child’s life since her or his birth.

For instance, when a child is born, no one, except close family members are allowed to see a baby due to a belief that in this period a child is highly exposed to an evil eye.

To celebrate childbirth, there is a shildehana holiday that includes inviting close relatives and friends.

Qyrqynan shygary is therefore the first major tradition in a child’s life, which literally translates as “coming out of 40 days.” The ritual accompanying the celebration includes bathing a baby in salty water with silver items and showering with 40 spoonfuls of ritual water. After the ritual, women do the baby’s first haircut and nail cut followed by festive dining.

Tusau kesu tradition is carried out when a child makes his or her first steps. Usually, the person cutting a special rope around the baby’s legs is a respected person with traits that parents would want to pass to a child.

Sundetke otyrguzy is a rite of circumcision that originated when Islam arrived in the great steppe.  The ritual is done when boys reach the age of 3, 5 or 7, and proceeds with festive celebrations and presents to a boy and his parents.

Many traditions associated with marriage have outlived themselves as time dictates different norm. Modern Kazakh weddings are becoming more similar to European ones, but with major traditions and rituals still in place.

Wedding ceremonies in Kazakhstan are preceded by kudalyk, when parents and close relatives of a bride and groom are meeting each other. Usually, the parents of a groom come to the bride’s house to discuss different matters related to a wedding.

Kudalyk is sometimes accompanied by a syrga salu ritual, a symbolic rite of putting on earrings for the bride by the groom’s mother of the groom.

A wedding is usually divided into two parts with a week interval - kyz uzatu (farewell of a bride) and the wedding ceremony. Kyz uzaty refers to a traditional rite of farewell for a bride from the parents' house to the house of the groom's parents.

Nauryz holiday is probably the major holiday in the country’s history, celebrated March 22 and representing the beginning of a year, the arrival of spring and many other positive aspects. It is no coincidence that the holiday coincides with the vernal equinox.

Nauryz, which is also celebrated in other Turkic countries, is truly a family holiday, as it is the time when families come together, celebrate, sing songs and play games.

Number 7 plays a sacred role in the Kazakh tradition and in the celebration of Nauryz as well. A special festive drink called Nauryz kozhe is prepared with seven ingredients - meat, water, flour, butter, millet, salt and milk.

Though this year Nauryz celebrations will be restricted due to coronavirus infection, the importance of the holiday becomes ever more important, when families and older relatives are far away from each other.

As March was named national traditions and culture month, the Ministry of Culture and Sports plans more than 500 events, including nearly 2,000 projects. Among them are theatre plays, contests, festivals, lectures, conferences, master classes, and campaigns.

Along with Nauryz, in March Kazakhstan celebrates International Women’s Day and the National Day of Gratitude.