Around 26 young people from Kazakhstan and Uzbekistan gathered on November 15 in Tashkent to exchange ideas and thoughts on the development of the region and the role of youth in this process, reports a Strategy2050.kz correspondent. 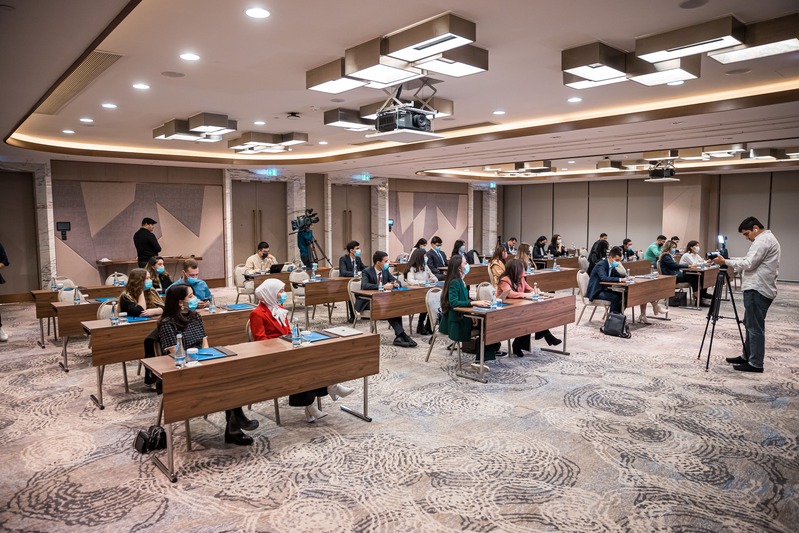 Opening ceremony was attended by Ambassador of Germany to Uzbekistan Dr. Tilo Klinner and Executive Director of the Development Strategy Center Eldor Tulyakov.

“We do have young people, students from different countries of Central Asia. That’s one of the centerpieces that we need to talk about – how Central Asia grows together and forms a certain space of interaction. There are challenges too, but it is very important that young people interact with each other for common ideas and solutions,” said the ambassador.

Dr. Klinner said that the region did not grow together, and connectivity remains important. 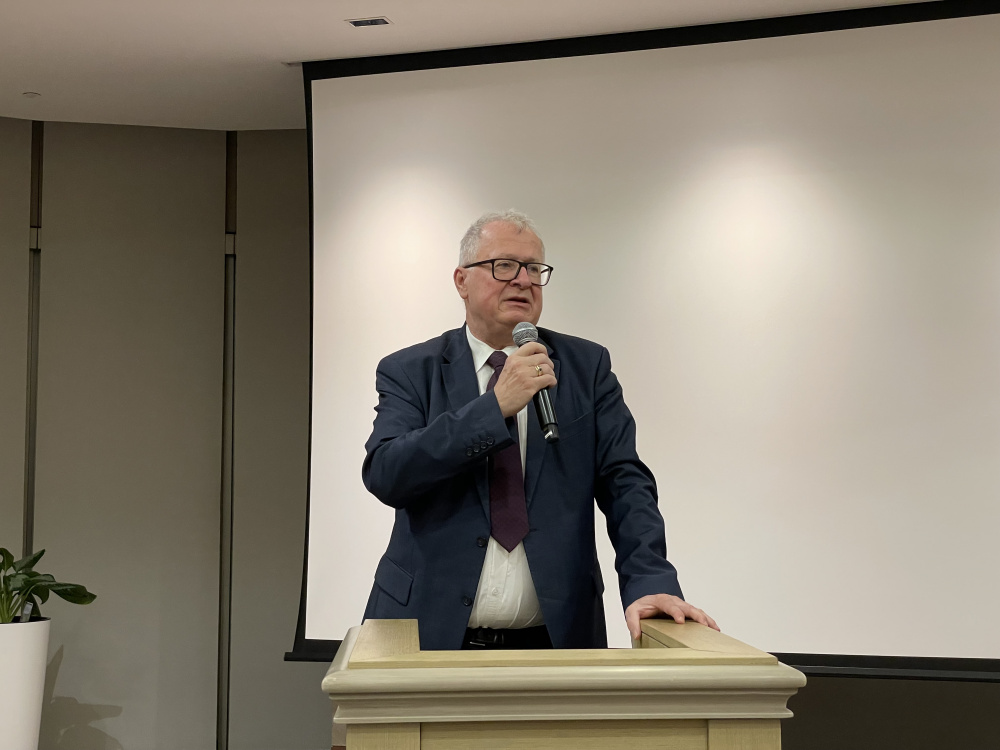 “In order to be a center of gravity, one has to have a critical mass, and that means to have integration between Central Asian countries is not only something that is nice to have but of utmost importance for future. Secondly, it is intellectual potential. All the countries, especially Kazakhstan and Uzbekistan have very ambitious plans to develop the intellectual landscape – science, universities, which are founded here, and this is a path which has to be further developed,” said Dr. Klinner.

Attracting the brightest minds is one of the ways to accomplish this task. Being inclusive is also essential to “bring all elements of the society.”

Eldor Tulyakov spoke about the measures Uzbekistan is taking to empower young people. He noted the increasing role of the youth in the country’s political and social life. 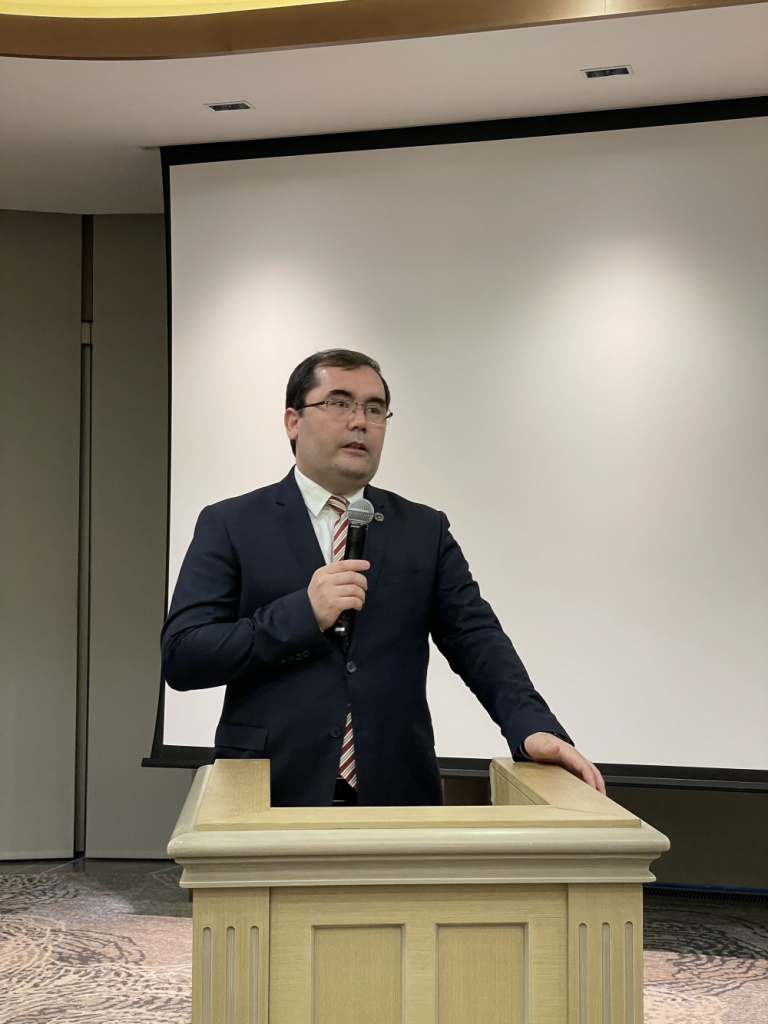 “The reforms in youth policy are taking place on a systemic basis. On all levels, we have people who are in charge of youth policy in Uzbekistan,” said Tulyakov.

More than half of Uzbekistan’s population is young people under 30. The same figure for Central Asia is 60 percent. President of Uzbekistan Shavkat Mirziyoyev designated 2021 as the year of supporting youth as part of the country’s efforts to promote the importance of the youth voice in the country and the wider region.

Within three days of the forum, the participants discussed a wide range of issues concerning the region, including environmental problems, climate change, gender equality, and multilateral cooperation. 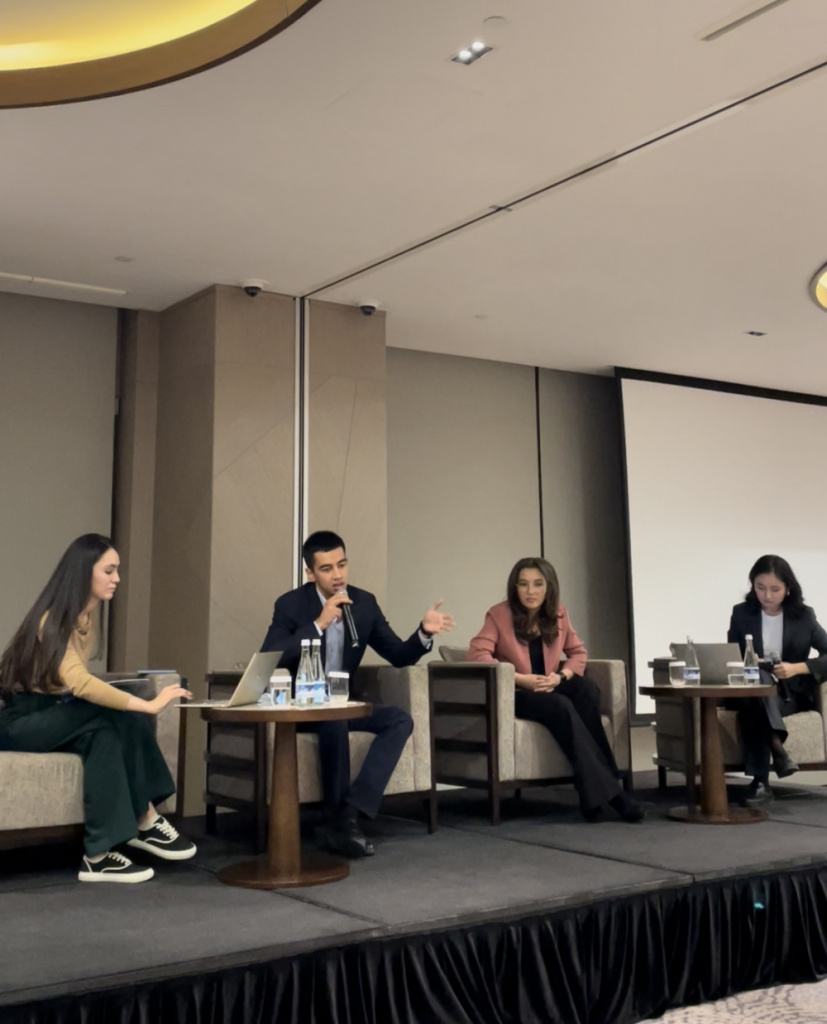 The program also featured a cultural part, where the two delegations presented the opposite country.

Malika Yermagambetova, a law student from Nur-Sultan, noted the importance of such an event for youth empowerment.

“This is a platform for building discussion between active young people from the same region, as one participant said at the forum - one region, one voice. To give a chance to gather and exchange thoughts, ideas, and projects, involved in the life and problems of the region, which is very important,” she said in an interview for this story.

She said that she believes that common problems do not wait, and young, active, and motivated people are already forming their projects and are already acting.

According to her, young people should be "catalysts for change, creating platforms, sharing knowledge about Central Asia and educating in a similar way."

"That is our role, to be part of the whole process, to help and educate," she said.

Kamilla, a 22-year-old law student at Tashkent-based university, said she had high expectations for the forum that were entirely met.

“I was happy to discuss interesting topics, listen to lectures and I really liked working in teams that helped us build relations,” she said. “This forum is very important because it helps nurture soft skills, such as teamwork, communication skills, presentation skills, analytical thinking.”

Kazakhstan has also been active in promoting the role of youth in the country’s decision-making process. The year 2019 was the Year of Youth in Kazakhstan.

Last year, the government also introduced a 30 percent quota for young people and women in the party lists, marking an important step in the country’s political life.

"It is very important for us to open the way for active and patriotic young people. We will create all conditions for them to gain experience, working in positions of responsibility,” President Kassym-Jomart Tokayev said in June.

One of the ways how Kazakhstan empowers young people is the Presidential Youth Personnel Reserve first launched in 2019.

Currently, the country is carrying out the selection of the second cohort. 132 candidates were admitted to the second stage - competency-based interview, a type of structured interview, where in response to a question, candidates are required to exemplify situations from their own experience.

The final stage, which will have only 100 candidates, will be an interview with the expert commission before the final results are made and 50 winners are selected.

“The fact that young people are working for the benefit of their State and their people is a positive initiative. Because it's a real school of life,” said Tokayev.