$128.2 million have been gained through the sales of shares of KazAtomProm National Company as Samruk Kazyna National Welfare Fund selling 9.8 million global depositary receipt vouchers, of which 6.5 million were bought by international investors, and 3.3 million – by domestic ones, Strategy2050.kz informs with reference to the press service of Samruk Kazyna. 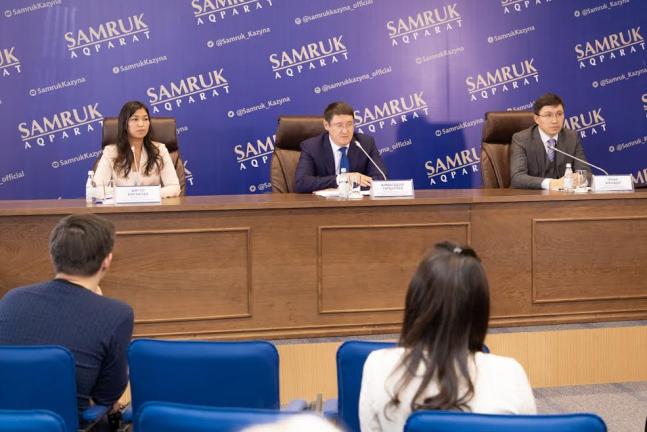 Global depository receipt vouchers of KazAtomProm’s, Samruk Kazyna’s leading company, pursuant to the over-allotment option were issued on London Stock Exchange and Astana International Exchange (AIX) on 26 September 2019 with 3.8% of the shares or 9.8 million receipt vouchers for $13 per one receipt listed. The value of shares were representative of the current market conditions on stock exchanges.

“6.5 million receipt vouchers have been purchased by international investors as an indication of investment attractiveness of Kazakh securities. $128.2 million have been gained thanks to the listings on the AIX and London Stock Exchange ($65.3 million and $62.9 million respectively) and will be disbursed to the National Fund,” Yernar Zhanadil, co-managing director of economics and finance – Samruk Kazyna NWF Board member.

In turn, Bloomberg assessed the listing of receipt vouchers as successful evidenced by the high interest of major international investors, with the London Stock Exchange attracting 40 investors from the USA, Canada and other countries.

KazAtomPorm carried out is IPO/SPO under the privatization programme designed on the initiative of the National Leader in 2016. The programme also provides the listing of Air Astana, KMG, KTZh, Kazakhtelecom on international stock exchanges for performance and transparency reasons.

Samruk Kazyna prepares for IPO/SPO of its other companies under the privatization programme.

15% of the shares of KazAtomProm National Company went public successfully in November 2018. The national company’s depository receipts for $150 million were bought by the National Bank in the UAPF (Unified Accumulative Pension Fund) resulting in the revenues worth $21 billion. That allowed KazAtomProm’s securities to appear on the official list of Britain’s Financial Supervisory Authority and admit for trading on London Stock Exchange and AIX (AIFC).