The first regional seminar dubbed “Network of Strong Cities” on the prevention of violent extremism was held on 10-11 December 2019 in Almaty, the Kazakh foreign ministry informs. 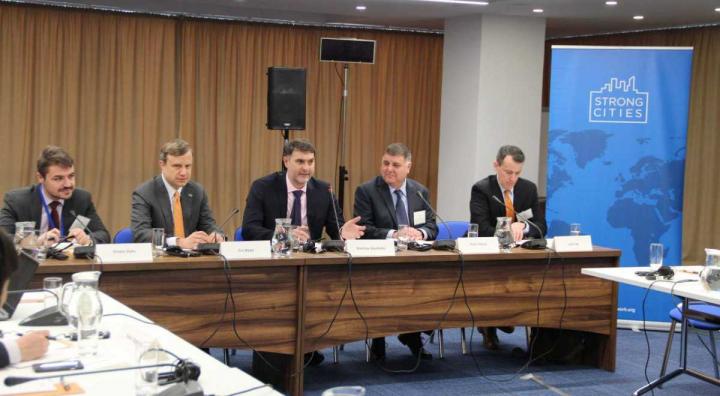 The seminar was organized jointly with the US Mission in Kazakhstan and the Bureau of Counterterrorism of the US State Department.

The event was attended by practitioners from Central Asian countries, as well as experts from think tanks in the region and international organizations. The Kazakh delegation was represented by Ambassador on Special Assignments of the Ministry of Foreign Affairs of the Republic of Kazakhstan Vassilenko, Mayor of Aktau Niyazov, representatives of the Ministry of Information and Social Development of Kazakhstan and the Governor’s Office of Karaganda Region.

In his welcoming speech, Vassilenko briefly spoke about the efforts of Kazakhstan to prevent and combat violent extremism and terrorism. He reported on the recent repatriation of 14 children from Iraq and expressed appreciation for the US support in returning more than 600 Kazakhstani citizens from Syria earlier this year.

The US Consul General in Almaty, Eric Meyer, in turn, thanked Kazakhstan for its leading role in the return and reintegration of those who fought in the ranks of the terrorists, as well as their families. He also assured participants that violent extremism is a common threat to all countries in the world, in which local residents play a key role.

The participants got acquainted with the history of the formation and development of the platform “Network of strong cities”. The role of interaction of municipal authorities with civil society and local communities in the rehabilitation and reintegration of returned citizens from war zones was examined. Along with this, issues related to identifying the most vulnerable groups, risk assessment mechanisms, developing action plans, etc. were discussed.

The exchange of experience and information with the international community within the framework of the “Network of Strong Cities” at the expert level can effectively counteract violent extremism on the ground, as well as develop and implement targeted programs to prevent it. The results of the seminar will be taken into account when implementing measures for the rehabilitation and reintegration of the Kazakh citizens returned from Syria and Iraq, most of whom are resettled in their former places of residence.

теги:
Almaty Network of Strong Cities seminar US Mission in Kazakhstan Bureau of Counterterrorism of the US State Department
recommended
allnews
chronicle 2050