Kassym-Jomart Tokayev has had a telephone conversation with President of Russia Vladimir Putin, Strategy2050.kz refers to Akorda’s press service. 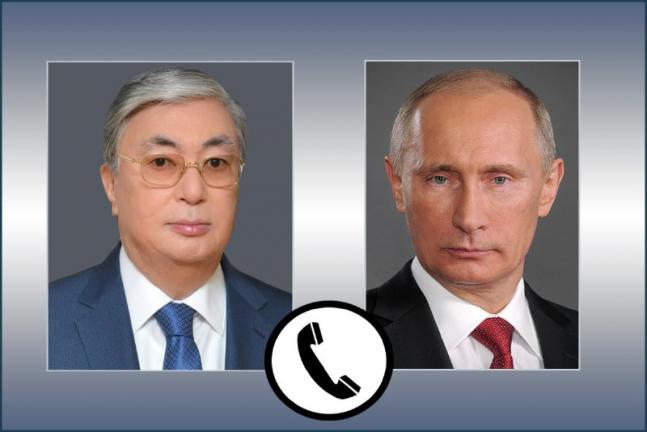 The Heads of State discussed issues on preventing the spread of coronavirus in the two neighboring countries.

Having noted the active interaction between the Governments of Kazakhstan and Russia, the Presidents expressed a common opinion on enhancing coordination between the executive bodies of the two states.

Kassym-Jomart Tokayev expressed gratitude to Vladimir Putin for providing 4 thousand sets of test systems. The President of Russia said that as production increases, the Russian side will provide an additional number of test systems as humanitarian aid.

Kassym-Jomart Tokayev asked the Russian leader to assist in the return of Kazakhstani citizens who are in Russia as transit passengers, as well as in border areas. Vladimir Putin said that the Russian Government will assist in resolving this problem.

Vladimir Putin also noted the importance of further building up bilateral trade and economic cooperation and strengthening cooperation within the Eurasian Economic Union.

President Kassym-Jomart Tokayev congratulated his colleague on the successful implementation of the constitutional reform and expressed hope for a positive outcome of the nationwide vote.