During his working trip to Almaty, Kassym-Jomart Tokayev has familiarized with the new mobile screening center for the detection of coronavirus infection, which was created using South Korean technology, Strategy2050.kz reports citing the Akorda press service. 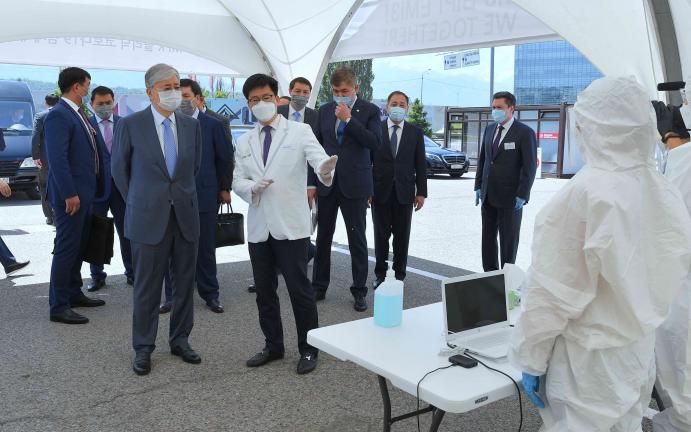 Mayor of Almaty Bakytzhan Sagintayev reported to the President on the epidemiological situation in the city.

The leaders of the Korean company “Medical Partners Korea” told the Head of State about the capabilities of the mobile laboratory and the testing method in accordance with “Drive-through” system.

Kassym-Jomart Tokayev talked to the doctors and expressed gratitude to them for their dedicated work. 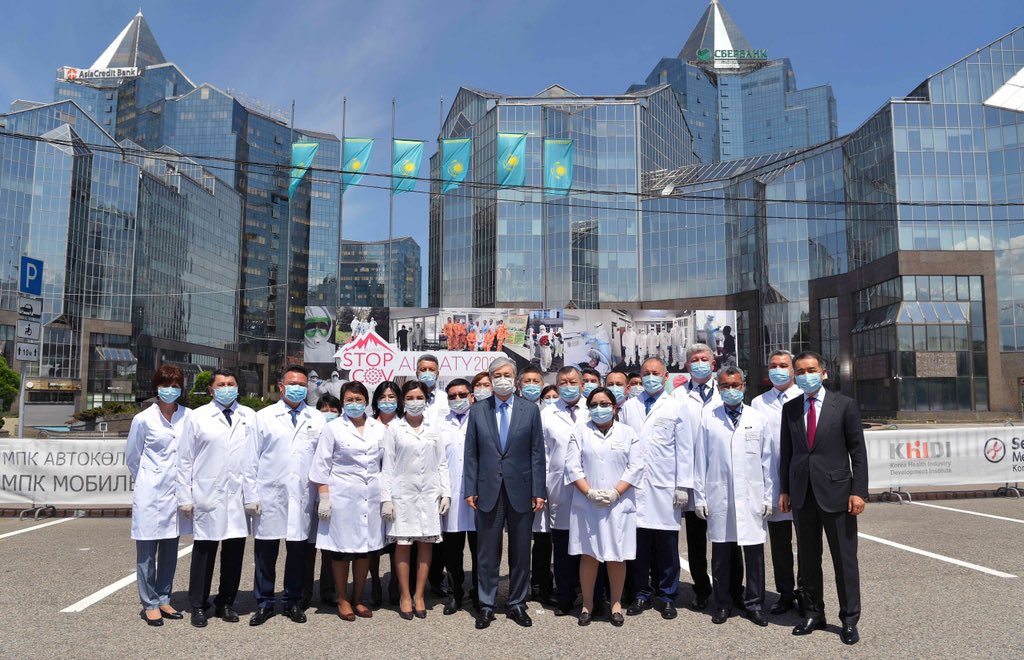 The Head of State also congratulated the staff of the center on the International Day of Nurses, which is celebrated worldwide on May 12.

Then the President got familiarized with the results of the reconstruction of a botanical garden. 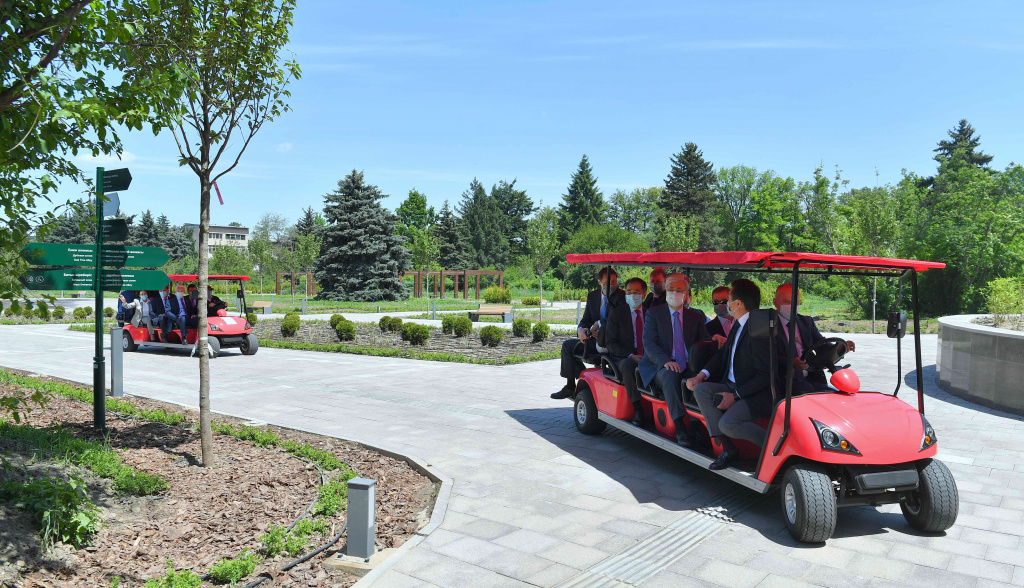 The Head of State heard a detailed report by Mayor Bakytzhan Sagintayev on the development of Almaty. Minister of Ecology, Geology and Natural Resources Magzum Mirzagaliyev reported on the environmental situation in the city.

Yerlan Ospanov, Director General of Verny Capital Group of Companies, spoke about the features of the reconstruction project of the Almaty Arboretum.

Kassym-Jomart Tokayev praised the joint work of the Almaty Mayor’s Office and the Bulat Utemuratov Foundation. The Head of State believes that the botanical garden should again become one of the favorite places for residents and visitors of the city. 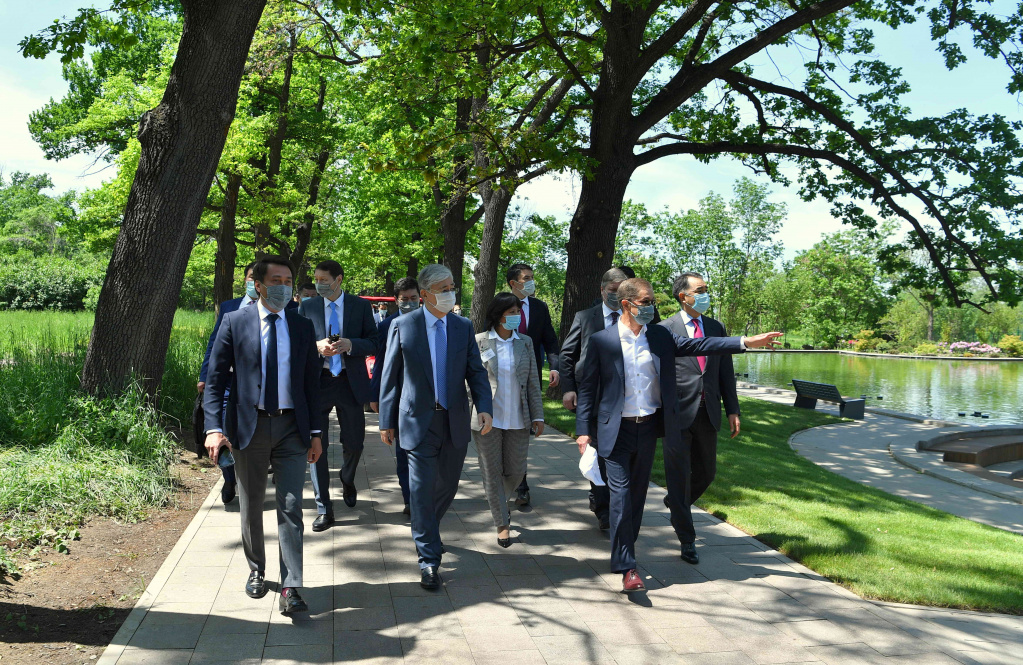 “The Botanical Garden is a landmark territory for Almaty residents and all Kazakhstanis, especially for those who were born here and spent their youth. I urge Almaty residents to protect this territory and treat it like their own home”, the Head of State said.

Finally, the Head of State visited the Social Services Center.

The facility will provide vulnerable social groups with the widest range of services on the principle of “single window” and taking into account the life circumstances of each person who applied. 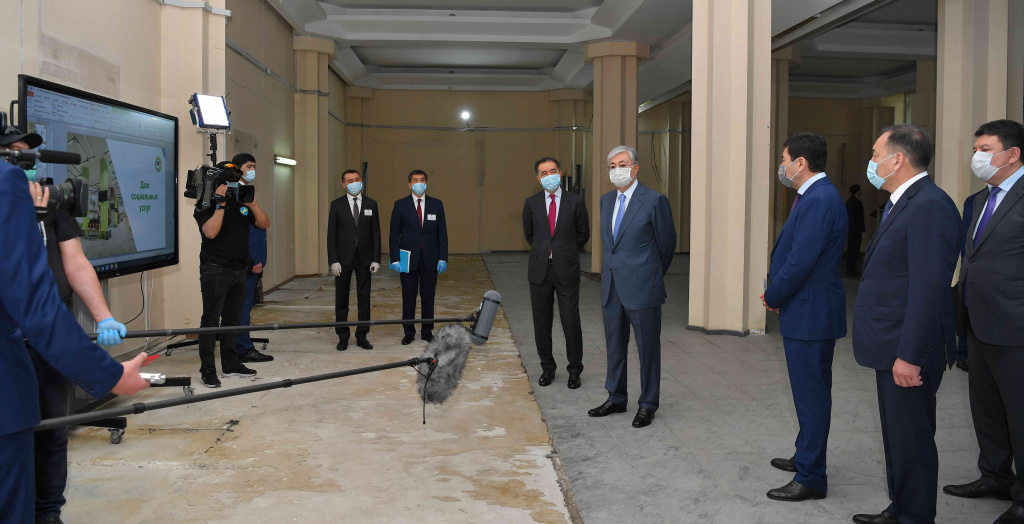 The Head of State supported the creation of such a center and pointed out the importance of continuing work to support the population.

“Despite the pandemic, we need to deal with the issues of social security for our citizens. This is a priority and strategic task. Therefore, I support the construction of this single center for social security. I believe that this is the right initiative, which, of course, needs to be effectively implemented”, Kassym-Jomart Tokayev said.