The Head of State has attended the third session of the National Council of Public Confidence, Strategy2050.kz reports with reference to the press service of Akorda. 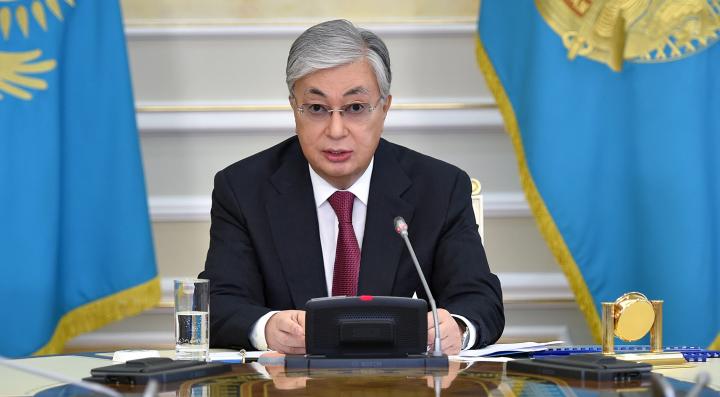 In his speech, Kassym-Jomart Tokayev noted that the National Council of Public Confidence came to today's meeting with tangible results, having mentioned the Law “On the Procedure for the Organization and Holding of Peaceful Assemblies”.

“The new law fully ensures the constitutional right of citizens to hold peaceful assemblies. Other bills included in the first package of political reforms are also developed. I also signed amendments to the laws on elections and on political parties. We have introduced the institution of parliamentary opposition. Requirements for registration of political parties have been simplified. Parties participating in the elections will allocate a 30 percent quota for women and youth. The provisions on the full decriminalization of the article on defamation and the humanization of article 174 of the Criminal Code found a broad response among population”, the President of Kazakhstan noted.

Speaking about the agenda of the meeting, the Head of State recalled that the main measure of success of any state is human capital.

“New conditions require a radical reform of the education and science system. It becomes obvious that the importance of this sphere will increase. The economy also depends on its development. We must clearly understand the role of education and science in the future. This will determine the entire state policy”, Kassym-Jomart Tokayev emphasized.

The President called financing for education insufficient, which ultimately leads to a significant lag behind developed countries in terms of education quality and school infrastructure.

“Kazakhstan’s schools need well-equipped and small classes in terms of the number of students. According to the State Education Program, by 2025 it is planned to build 800 new schools for more than 650 thousand pupils, 114 boarding schools for rural support schools, more than 700 gyms”, the Head of State said.

Kassym-Jomart Tokayev focused the attention of Council’s members on tasks to narrow the gap between urban and rural schools, ensure children's safety and solve the problems of violence and suicide among children. The system of management and financing of education also requires improvement.

“According to my decision, starting from 2021 the management of district education departments and their financing will be transferred to the regional level. At the same time, there are issues on the procedure for appointing heads of educational institutions. The Government will have to develop a new understandable and transparent system for appointing heads of kindergartens, schools and colleges. The introduction of rotation and certification of headmasters should also increase the management efficiency”, the Head of State said.

The President called for comprehensive improvement of teaching of the state language. In this issue it is necessary to use the European experience of language integration.

“When teaching language, they rely on young people in educational institutions. Therefore, I think that since 2021 the Languages Committee ​​must be transferred to the Ministry of Education and Science. Such a step will make it possible to concentrate all the state potential in the development and teaching of the Kazakh language methodology in a single center, to build a system for analyzing and monitoring the success of implemented educational programs”, Kassym-Jomart Tokayev suggested.

Much attention was paid to the development of science.

“In general, we are steadily increasing funding for science, by 2025 we will bring it to 1% of GDP. At the same time, we cannot afford to finance unnecessary work and researches, which often no one reads. There must be tough demand and a specific socio-economic, industrial, technical return on each scientific work. Program-targeted financing should be allocated solely on the basis of national scientific and technical tasks. It is necessary to direct efforts and resources to such areas as biomedical research, agricultural science, green technologies, artificial intelligence, energy efficiency”, the President noted.

Kassym-Jomart Tokayev pointed out that the coronavirus pandemic, which became a powerful stress test for healthcare systems around the world, highlighted the chronic staffing shortage of professional medical workers in Kazakhstan. This is due to low wages, the stigma attached to the profession, and the unprotectedness of doctors.

“Among specialists in various industries, doctors receive the lowest salary. Starting this year, I instruct the Government to gradually increase the salary of doctors and bring it to the level of two and a half higher than the average salary in the economy by 2023”, the Head of State said.

The President also instructed to resolve a number of issues related to the development of medical infrastructure.

“Since 2010, we have been focusing on the optimization of certain areas of healthcare and extensive efficiency. As a result, about 1,000 infectious beds were reduced. Taking into account biological threats, the Government must consider the issue of permissible redundancy of the healthcare system in certain areas and maintain its preparedness for critical situations”, Kassym-Jomart Tokayev said.

During the meeting, the Head of State also instructed to take tight control over the implementation of measures to create an effective rural healthcare model, strengthen and institutionalize the sanitary-epidemiological service, and pay attention to providing the country with medicines and medical devices.

“Today I’ve voiced initiatives aimed at reforming key social spheres. A significant part of these initiatives was formulated on the basis of recommendations of the members of the National Council. The effective implementation of these measures should have a significant impact on improving the quality of human capital”, the President summed up his speech.