President's 2020 State-of-the-nation-Address: what you need to know (Part 1)

On September, 1 Head of State Kassym-Jomart Tokayev delivered his annual Address to the people of Kazakhstan “Kazakhstan in a new reality: time for action” at the joint session of Parliament's chambers. SMEs support and business climate, education and healthcare issues, agro-industrial complex, human rights, public administration and economic growth became the core themes of the Address. What did Kassym-Jomart Tokayev talk about? Read in the review of the Strategy2050.kz Internet-portal. 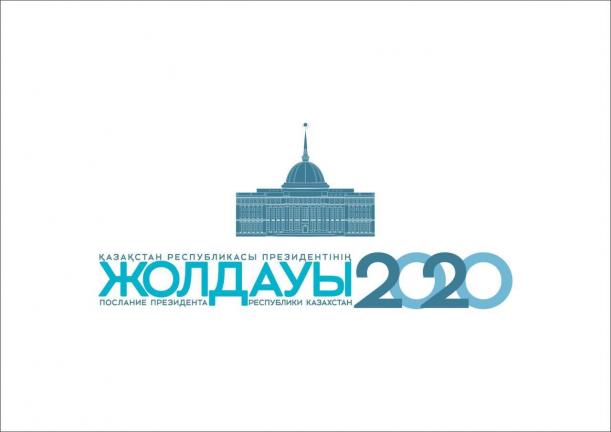 About epidemiological situation in Kazakhstan

According to the President, easing the epidemiological situation is no wishful thinking matter. The fight goes on. By the projections of the World Health Organization, it will take at least two years to fight the pandemic.

“The coming months will be devoted to increased mobilisation. We must be ready for this. We must act not when a problem appears, but take measures in advance, and work thoughtfully. All decisions must be based on evidence-based forecasting. The Government is introducing targeted restrictions and an adaptive quarantine mechanism. A Comprehensive Programme to fight the pandemic will be developed”, Kassym-Jomart Tokayev said.

In addition, all the State’s obligations in the social sphere and in terms of supporting the economy will be fulfilled. For these purposes, KZT 1 trillion has been allocated from the National Fund. Indexation of social payments will continue, as well. According to the President, by 2023, it is planned to allocate over KZT 1 trillion to this end.

The Head of State instructed to make redundant of employees in the state apparatus and quasi-public sector.

Besides, Kazakhstan will establish an Agency for Strategic Planning and Reform, which will report directly to the President.

“Such a body did exist in the past and indeed successfully carried out the tasks it was assigned. Now it will once again become the central link in the entire system of state planning. The reforms developed by the Agency must be specific, realistic and, most importantly, mandatory for all government agencies”, the Kazakh Head of State noted.

A Senior Presidential Council for Reform is established, as well, the decisions of which will become obligatory.

Additionally, Kassym-Jomart Tokayev instructed to introduce a factor-point scale from July 1, 2021 that will lead to increased responsibility and motivation of civil servants.

According to the Head of State, the institution of executive secretaries should be abolished; their responsibilities will be assigned to the heads of staff in the various ministries.

To implement the above proposals, the President instructed to adopt a package of amendments to civil service legislation by the end of the year.

According to Kassym-Jomart Tokayev, the new economic course of Kazakhstan should be based on seven basic principles:

1. Equitable distribution of benefits and responsibilities.

2. The leading role of private enterprise.

3. Fair competition, opening markets for a new generation of entrepreneurs.

4. Increased productivity, complexity and technological efficiency of the economy.

5. Development of human capital, investment in a new type of education.

7. Adoption of well-grounded decisions by the state and responsibility to society for them.

“To ensure the strategic self-sufficiency of the national economy, we must urgently start the development of new procession stages in ferrous and non-ferrous metallurgy, petrochemicals, automotive industry and mechanical engineering, the production of construction materials, food products and other sectors”, the President noted.

Here, the Head of State paid attention to the adoption of a unified Law “On Industrial Policy” by the end of the year, which will define the basic principles, goals and objectives of the manufacturing industry.

A strategic investment agreement will be introduced in order to fix the agreements between the State and investors.

“This initiative should be implemented by the end of the year through elaborating a draft law on economic recovery. The pool of projects that will be included in strategic agreements will be drawn up by the Government by April 2021”, the President explained.

As for regulated procurement activities, the Head of State assigned to draft a unified law covering all purchases of the quasi-public sector.

“All regulated procurement activities should be carried out as transparent as possible and exclusively through the Single Procurement Window”, Tokayev stated.

Here the President highlighted a number of tasks:

- stable increase in the income of millions of rural residents;

- increase in labour productivity by a factor of 2.5;

- doubling the export of agricultural produce.

The Head of State said that it is necessary to support rural cooperative societies. So, within the framework of subsidies and tax remissions programmes, a package of measures should be prepared to stimulate cooperation in the countryside.

“Our land will not be sold to foreigners. But the Government has to develop other ways of involving agricultural land as a real driving force of economic growth. Investment in the agricultural sector is critical”, the President said talking about land matters.

Systemic problems in the agro-industrial complex, according to Tokayev, are lack of professional personnel, as well as the low level of agricultural science development.

“Technologically outdated irrigation systems remain a serious barrier. Water loss reaches 40%. For water-scarce Kazakhstan, such indicators are unacceptable. We need to ensure legal regulation in this sphere, as well as develop economic incentives for the introduction of modern technologies and innovations”, the Kazakh President said.

Also the Government, together with business, was instructed to start developing a new National Project for the Development of the Agro-Industrial Complex over a five-year period.

Here the main task is to consolidate the leading role of the transport and transit sector of our country and to reconstruct and load road services with over 24,000 kilometers of roads by 2025.

The President of Kazakhstan instructed:

- to provide state subsidies for interest rates up to 6% per annum on all existing loans to SMEs in the affected sectors of the economy. The subsidy period will be 12 months (starting from March 16, 2020);

- to extend and expand the coverage of a special working capital replenishment programme for SMEs in the most affected sectors by the end of 2021. For these purposes, additional KZT 200 billion ($476 million) should be provided, bringing the total volume of the programme to KZT 800 billion ($1.9 billion);

- to suspend the charging rent from SMEs for real estate objects owned by government agencies and the quasi-public sector until the end of 2020;

- to cancel deductions from wages to extra-budgetary funds for the period until the end of the year;

- to develop a new regulatory framework for SMEs in the next year.

“The main result of work on the development of SMEs should be an increase by 2025 of its share in GDP to 35%, and the number of employees - to 4 million people”, President Tokayev stated.

According to the President, it’s necessary to strengthen the stimulating role of monetary policy in the country.

“A new approach to monetary policy needs to be taken. We are faced with a crisis of confidence in the tenge on the part of national and international investors. The low level of economic diversification and high volatility of the exchange rate restrict the inflow of foreign investment, especially in non-resource sectors. Problems of regulating the foreign exchange market and capital movements also play a negative role. A significant part of export earnings does not even reach the domestic foreign-exchange market, it remains abroad”, the President complained.

In this regard, Tokayev noted that the Government and the National Bank should motivate exporters to sell foreign-exchange earnings.

In this vein, the Head of State instructed to take measures to reorient the liquidity towards lending to businesses and to put a stop to currency speculations.

“The powers and functionality of the Financial Markets Regulatory Agency and the National Bank are sufficient to solve this problem. I expect a significant improvement in the situation by the end of the year”, Tokayev said.

By the President’s account, the imbalance between lending to the consumer segment and business also remains a negative factor in the financial sector.

“Reckless, sometimes irresponsible, lending to consumers, which is fraught with serious social consequences, should be regulated. Lack of financial literacy on the part of citizens should not be a reason for imposing credit products on them”, the Head of State said.

The Financial Regulatory Agency and the National Bank were ordered to take additional regulatory measures in terms of increasing the responsibility of credit institutions, as well as differentiating and lowering marginal interest rates on loans.

According to President Tokayev, confidence in monetary policy should be increased, as well. So, it was decided to create a Monetary Policy Committee within the structure of the National Bank that will also include independent members.

In addition, the President stressed that it is necessary to develop a uniform tax policy that will be understandable to all citizens of the country.

“It is extremely important that monetary, tax and other key policies are not separated from the needs of the real sector,” the Head of State stressed.

It should be noted that at present about 40 different taxes and fees are levied in Kazakhstan. According to the President, the administration is complicated and it has moreover a pronounced compulsory character.

“I instruct the Government, together with the National Chamber of Atameken, with the involvement of the deputy corps, to revise the Tax Code and by-laws. The goal is to radically simplify the fulfillment of tax obligations and minimize the number of taxes and payments”, Tokayev instructed.

The Head of State added that it is necessary to think about the differentiation of tax rates as an additional lever for diversifying the economy and replenishing the budget, and in the SME sector it is possible to empower entrepreneurs working in the sectors most affected by the pandemic to pay retail sales tax.

Summarizing this part of the Address, the Head of State said that, according to expert estimates, about a third of the country's GDP is in the shadow economy. It is a huge potential for increasing budget revenues.

“Digitalization of the tax and customs spheres will seriously contribute to combatting the “shadow economy” in all its manifestations. Moreover, corruption is fuelled by the shadow economy”, the President noted.

Therefore, Kassym-Jomart Tokayev assigned the Economic Investigation Service of the Finance Ministry to largely reorient its activities to fighting the “shadow economy”.

In addition, the President instructed to create an Agency for the Protection and Development of Competition which will report directly to the President, designed to deal with the so-called “monopoly players”, both public and private.