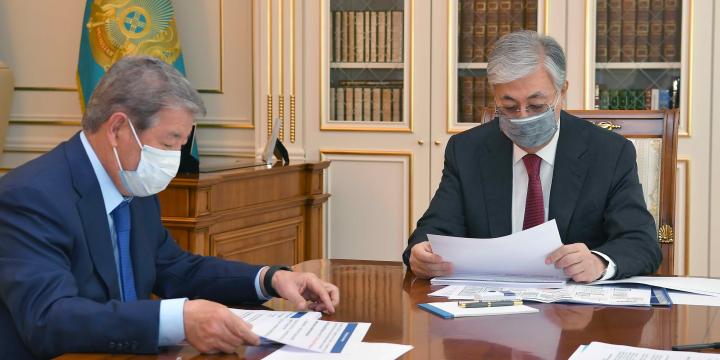 The President of Kazakhstan was informed of the current situation in the Samruk-Kazyna group of companies. According to Akhmetzhan Yessimov, since the onset of the crisis and the quarantine regime Samruk-Kazyna has managed to avoid job cuts and back pays at its enterprises.

The events aimed at the enhancement of the fund and its companies’ financial stability which were carried out earlier have allowed to decrease external debt by $8 billion.

The fund continues to work on Kassym-Jomart Tokayev’s instruction to support the country’s economy through the procurement system. Since the beginning of 2020, Samruk-Kazyna has placed some 9,000 orders at domestic enterprises with 259,000 workplaces. Additionally, the fund carries out a program that offer support to Kazakhstani enterprises and helps launch new manufactures.

Akhmetzhan Yessimov also reported on the progress achieved in the program of privatization.