PM: Attracting investment is one of key drivers of economic growth recovery

Prime Minister of Kazakhstan Askar Mamin chaired a regular meeting of the Coordinating Council on Investment Attraction, Strategy2050.kz reports with reference to primeminister.kz. 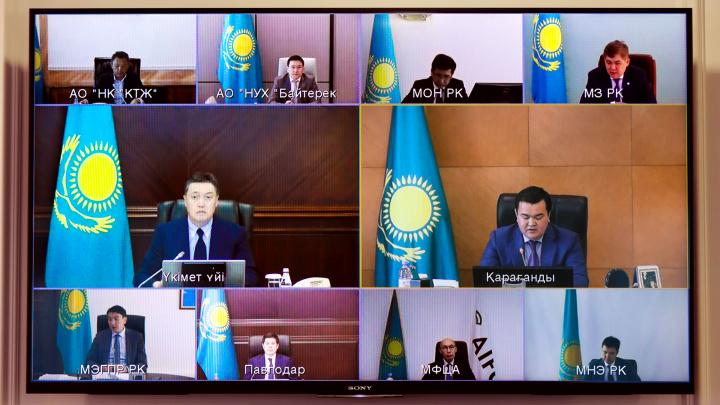 The meeting participants noted that the consequences of the coronavirus pandemic made adjustments to the current economic situation and had a negative impact on the work to attract investment. In January-April 2020, investments in fixed assets of Kazakhstan amounted to 3 trillion tenge — 84% of the planned target. In terms of regions, the largest non-fulfillment — over 30% — falls on Mangistau and Kyzylorda regions, as well as the cities of Almaty and Shymkent.

The Prime Minister emphasized the importance of realizing the task set earlier — by 2025, increasing investment in fixed assets up to 30% of GDP. In the future, intensification of competition for investment in the world is expected, which requires the adoption of active measures to implement new investment projects in all sectors of the economy, as well as further improve the investment climate.

“The Government has begun work to revive the economy. Comprehensive Plan for Restoring Economic Growth by the End of 2020 was adopted. In accordance with it, investments are considered as one of the key drivers,” said Mamin.

The Prime Minister pointed out the need to improve the quality of preparation of investment proposals, the level of coordination of the work of government agencies and all interested parties, the introduction of new tools to attract foreign capital and technology, targeting priority sectors of the economy.

The Head of the Government instructed the central state and local executive bodies to update the pool of investment projects and target indicators for attracting investment in fixed assets as soon as possible, taking into account changes in the economic situation in the country and the world.