Trees play a vital role in keeping the world's cities healthy; thoughtful planting of trees in cities can reduce air temperatures by two to eight degrees Celsius, according to the Food and Agriculture Organization of the United Nations. 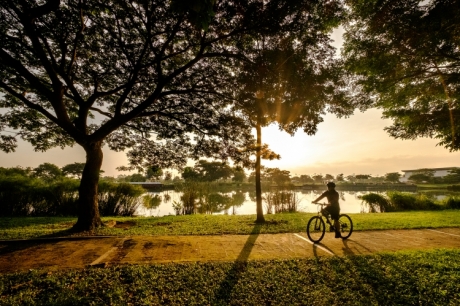 Green spaces exist not only to beautify urban areas. Trees are the lungs, liver, and beating heart of the world's cities, and they are essential for creating healthy, livable, and sustainable urban environments.

Trees play an important role in mitigating climate change and improving air quality, creating healthier living environments in cities. They are also extremely important for cities in places with hot climates. For example, the thoughtful planting of trees in cities can reduce air temperatures by two to eight degrees Celsius, making the sticky urban heat a little more bearable. Large trees are also effective at absorbing polluting exhaust and filtering out fine particles, including dust, dirt, and smoke, from the air, trapping all these harmful substances on their leaves and bark.

Not only are they good for the environment - but trees also have a positive effect on us humans. Studies show that living in close proximity to and access to green spaces can improve our physical and mental health, for example by reducing high blood pressure and stress.

For all these reasons, it is vital that today's urban planning gives serious attention to trees. That is why FAO’s Tree Cities of the World program aims to encourage cities and towns around the world to invest in urban forests and trees to ensure their proper maintenance and stewardship. The global initiative was first announced in 2019, and back then, 68 cities from 17 countries were commended for their achievements in urban forest management. Since then, the number of participants has nearly doubled, and the program now includes 120 cities from 23 countries.

Here are some of the innovative, inspiring initiatives implemented by the four Tree Cities:

Over the past couple of decades, Birmingham has transformed from an industrial center to the green flagship of modern urbanization. It earned the title of Tree City in 2019. 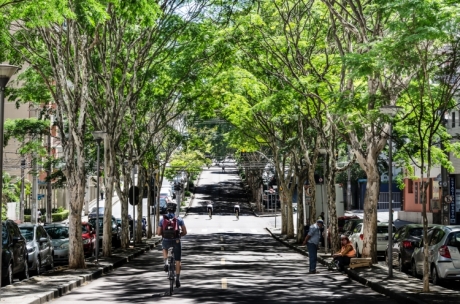 The city's Route to Zero plan calls for the city to become carbon-neutral by 2030. The emphasis is on creating green corridors and green infrastructure within Birmingham's borders. One example is Cole Valley, a park, bike path, and nature area that runs along the river and encourages residents to get to and from work on foot and by bike.

Along with this, the Route to Zero plan called for mapping the city's forest cover needed to reduce summer temperatures in the city. It was found that while some areas had 40 percent crown cover, others had only 10 percent. Now the city council is concentrating on planting trees and green areas in all city districts to cover as much of the city as possible with trees, at least 25 percent, the minimum required to reduce the summer heat.

Campo Grande, a city in central-western Brazil, was honored as a Tree City in 2019. In recent years, the city's afforestation program has planted trees to protect waterways and increase tree canopy coverage of sidewalks and pedestrian areas.

The program includes planting green spaces to reduce atmospheric, noise and visual pollution in the urban environment to enhance the quality of life of its residents and help preserve local biodiversity. Campo Grande is known for its diverse wildlife, and it has been named the national capital of ornithological tourism. It is the gateway to the Pantanal, seasonally flooded grassland with flecks of woodland that is home to a huge number of bird species, including the Brazilian jabiru and hyacinth ara, as well as mammals such as the giant otter and jaguar.

Kampala became a Tree City in 2021 because of its commitment to planting trees, expanding green spaces and creating a more sustainable urban environment. 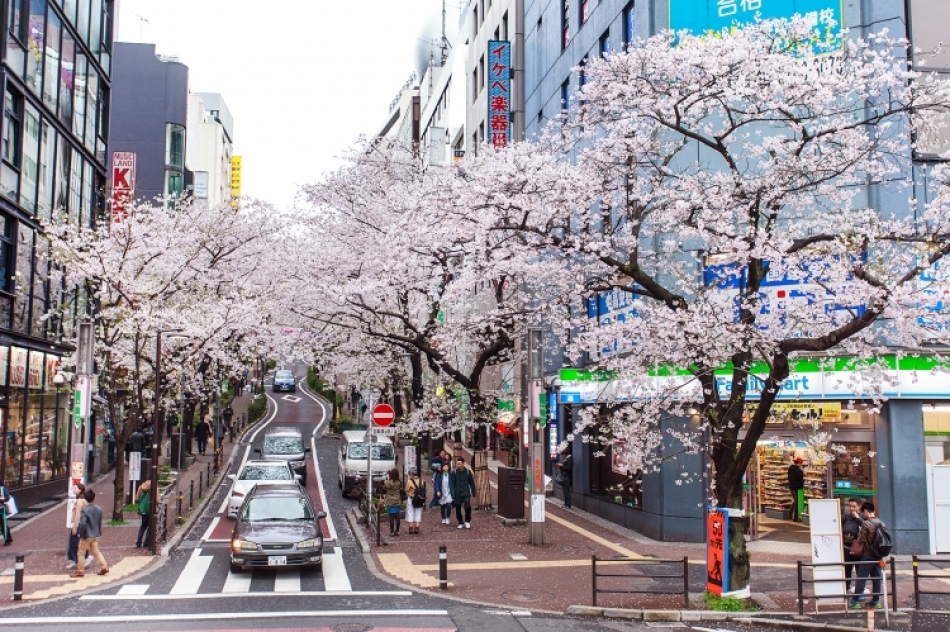 The Kampala City Council now has a dedicated landscape department to plan the city's trees through a team of landscape architects, estimators, and environmentalists.

Over the past few years, two new parks have been opened: Chwa-II Children's Park and Nakawa Park in the city's business district. A total of 8,000 trees were planted during the Kampala Goes Green campaign, where residents throughout the city were encouraged to donate or plant a tree.

The city also held a No Tree Left Behind relay race of 330 kilometers to raise awareness about the need to plant trees and protect them from illegal logging. The route started in Kampala and ended in Gulu, with trees planted at each relay point.

The local government is also implementing programs to make villages and townships around Hyderabad clean and green by providing seedlings for households to plant and grow.