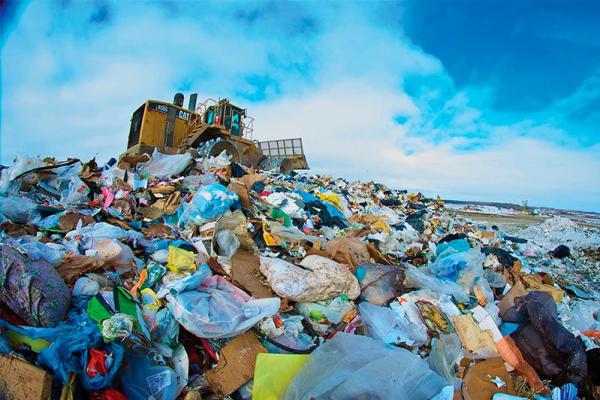 “Kazakh President Kassym-Jomart Tokayev signed the environmental code on January 2. With active support of the public, this document was widely discussed. Many changes were made, including in waste management. First, it also includes transition to European waste classification. If the current environmental code categorized hazardous and not hazardous waste, now it will be nearly 800 names for all sorts of waste based on their level of hazardousness,” said Primkulov.

The work of companies dealing with waste disposal was not previously legally defined.

“Many companies work in waste disposal, but this activity is not licensed, and many processes in this area are not legally defined. The norm, which required mandatory GPS on waste disposal vehicles, we understand they were not easy to be introduced. There was resistance from businesses, but we believe it is right and necessary measure. Over the past year, statistics show that there were 8,884 unsanctioned waste landfills and this number grows every year,” said Primkulov.

To reduce waste accumulation, Kazakhstan will introduce waste to energy technology that will burn waste and generate electricity further sold to the public electricity grid.

“To date, 6 pilot cities have been identified. These are Aktobe, Almaty, Atyrau, Nur-Sultan, Taraz and Shymkent. The availability of land plots, infrastructure and guaranteed waste load is being discussed with akimats (city administration). If successful, the project will be extended to other cities,” said Primkulov.

“This platform is important, because environmental education and culture are widely discussed and I believe we need to have state standards and educational institutions to raise this issue again to explain to people why it is necessary. Main trend is now a moderate consumption, decline in consumption both of food and all other goods to reduce waste accumulation. In this area, we need to work with society, associations and competent government bodies. Unless we change the consciousness of the people, we will have to clean up all these huge waste places,” he explained.

Environmental protection should start from people and from small aspects, said Aigul Solovyeva. The association has been running several projects to engage people and draw their attention to environmental problems.

“An installation with 40,000 plastic bags made by artist Saule Suleimenova was installed in Zhetisu park to attract people’s attention. (…) We launched an online survey among residents of Nur-Sultan and Almaty (400 respondents, aged 18-35). According to the results, the majority of respondents understand the urgency of the issue. Every second respondent noted that they very often see small household waste (cups, bottles, cigarette butts) in public places. The current situation raises and they note their negative attitude towards the fact that some people do not throw garbage in trash bins,” said Solovyeva.

The association also launched a mobile app, named Stop Musor (Stop Waste), where each citizen can submit a suggestion or complaint.