On 22 November 2019, a Kazakh-Swiss round table took place in the capital city of Kazakhstan, Nur-Sultan, with President of the Swiss Confederation Ueli Maurer and Kazakh Trade and Integration Minister Bakhyt Sultanov in attendance. The round table rallied the countries’ high-ranking officials, business representatives, Strategy2050.kz correspondent reports. 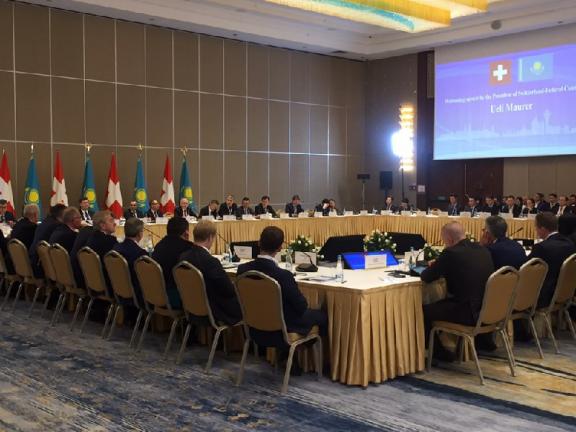 Opening the round table, the Kazakh trade and integration minister marked a clear trend to broaden the bilateral trade and economic cooperation amidst the growing interest of Swiss entrepreneurs in mutually beneficial cooperation.

Between January and September 2019, Kazakhstan Switzerland trade has totalled $1.9B, while the year 2018 saw the figure being estimated $3.1B.

“There is room for the trade to expand,” the Kazakh trade minister said.

He went on to say that Swiss business representatives need to promote mutually beneficial collaboration within Kazakhstan to jointly access third countries’ markets.

Being a Eurasian Economic Union member, Kazakhstan serves as access to a huge market, with combined GDP of 2 trillion US dollars and 183.8 million people.

Experts estimate EAEU gross domestic production to grow by 25%, or approximately US600B by 2030.

A favourable investment climate Kazakhstan enjoys is believed to prompt the implementation of investment projects.

Kazakhstan have a stake in Switzerland’s best practices and achievements in the development of the chemical and pharmaceutical industries, aviation and transport logistics, mechanical engineering and IT technologies, agriculture, tourism and vocational education.

Kazakh Trade and Integration Minister Bakhyt Sultanov’s recent visit to Bern saw the presentation of projects at the 10th meeting of the Joint Kazakh-Swiss Intergovernmental Commission, with some arising interest in Nur-Sultan.

“Much interest was generated from proposals of the pig breeding company SUISAG, Stadler Rail Group, the Science Industries, an association of Swiss pharmaceutical industries, Swissmem, a Swiss mechanical, electrical and metal processing industries, Switzerland-Global Enterprise (S-GE), with some already entering into contracts. No proposal is left without precise review as there is an interest in positive cases,” the Kazakh minister said.

Under the pilot projects, the Swiss pig breeding company SUISAG will focus on educating and guiding in the field of genetic, artificial insemination (basics with semen produced directly on the farm) and pig health (vaccination, management, etc.)

In an effort to double production in the next 5-8 years, it is planned to build a pig centre in Kazakhstan using the example of Switzerland.

Kazakhstan regards Switzerland as a country of long-term export interest in its 2018-22 national export strategy.

“Switzerland is among leading European countries and has a lot to show in sustainability and high quality. Our countries have established successful cooperation . Switzerland is a lead nation in pharmacy and new technologies as there are over 1000 startups. It is essential to keep the format where continuous info and experience exchange is in place. Despite not having a large territory our country managed to produce high-end products in agriculture. We welcome a productive exchange of views and ideas,” President of the Swiss Confederation Ueli Maurer said.

He outlined that all countries are in global competition, where high quality and prompt respond to changes go hand in hand. 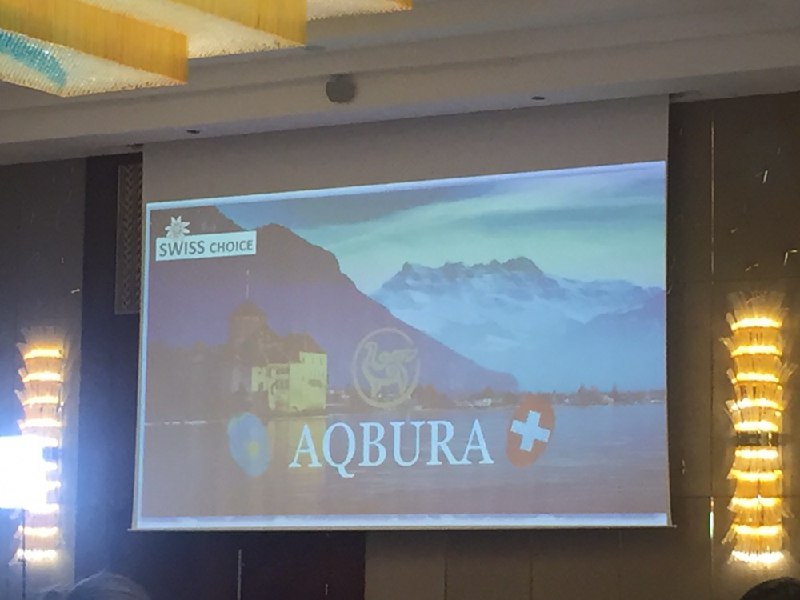 One of the projects developed by Kazakh and Swiss enterprises is Aqbura village, where over 1000 chalets and yurts will be located. The village will be based on the Swiss quality standards, and will serve as an all year long village, with green and sustainable activities. It is built for middle-class residents of Kazakhstan, Russia and other neighbouring countries. 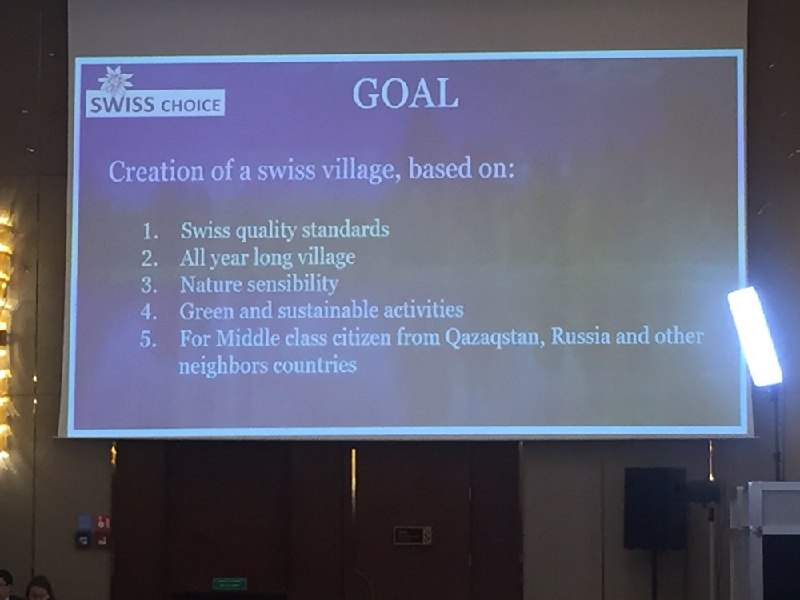 Around 103 processed goods with a potential for exporting to Switzerland can be increased, resulting in a half-billion-dollar growth in goods turnover. So Kazakh enterprises are willing to deliver products of metallurgical, engineering, chemical, light, woodworking, food industries. 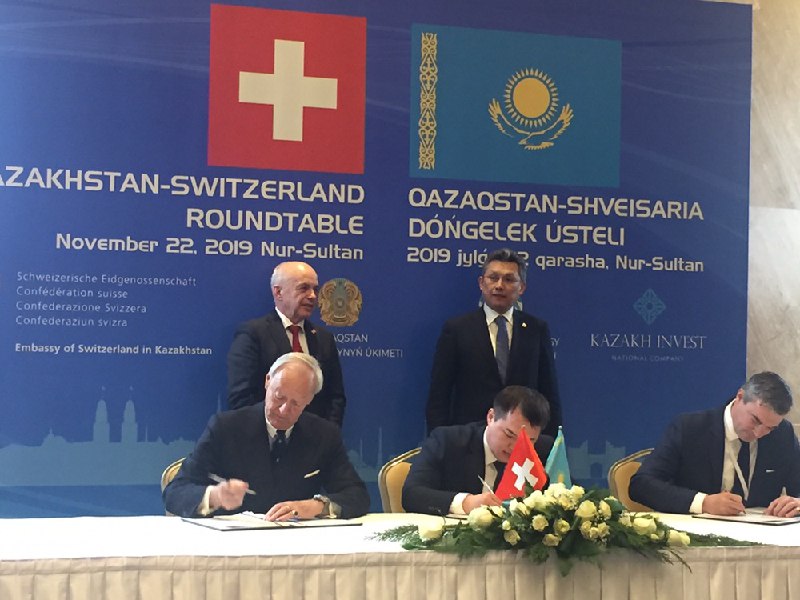 The round table was held by the Kazakh Ministries of Trade and Integration, Foreign Affairs and KazakhInvest national company.