Speaker, Nurlan Nigmatulin, chaired the Mazhilis Bureau to shape draft agenda for the upcoming plenary meeting of deputies, Strategy2050.kz informs with reference to the press service of the lower chamber of the Parliament. 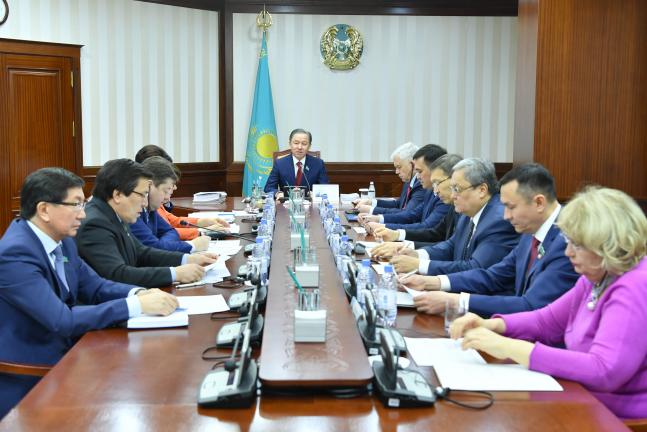 The Chamber is going to discuss a package of ratification bills.

These are the agreements of Kazakhstan with Brazil on extradition of persons, mutual legal assistance in criminal matters.

The agreements provide for cooperation between the two States on the issue of extradition to each other of persons located on the territory of one Party and wanted by the competent authorities of the other Party for criminal prosecution. Among the areas of cooperation is also the provision of mutual legal assistance for proceedings related to criminal cases.

According to the draft agenda of the plenary meeting, the Chamber will have to set the deadlines for the preparation of conclusions on new ratification bills received by the Mazhilis. These include amendments to the Convention between Kazakhstan and Luxembourg on the avoidance of double taxation and the prevention of tax evasion in respect of taxes on income and capital. Also in this series are the agreement on the mechanism of traceability of goods imported into the customs territory of the EAEU, and the agreement on the exchange of information on goods and vehicles of international transport moving across the customs borders of the EAEU and China. Among the amendments are legislative amendments on the regulation of digital technologies, as well.