Today, on June 4, Kazakhstan is celebrating the Day of State Symbols. State symbols are one of the essential attributes of any state, embodying its identity and sovereignty. Knowledge of the country’s history and the meaning of the state symbols expand knowledge about the country broadly, form the civic maturity of the nation. Read more about the main attributes of our country in the review material of the Strategy2050.kz Information Agency. 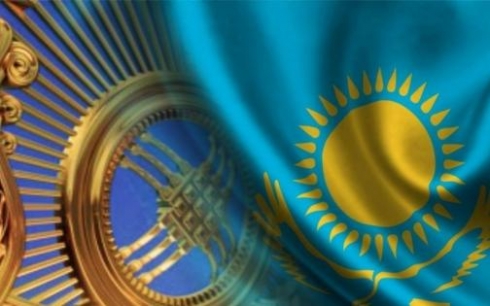 The National Symbols Day is a newly adopted holiday. The constitutional Law “On State Symbols of the Republic of Kazakhstan” was adopted on June 4, 2007. In accordance with this Law, June 4 is celebrated annually as the Day of State Symbols in Kazakhstan.

According to First President of Kazakhstan - Elbasy Nursultan Nazarbayev, state symbols are one of the sanctity foundations of our state, our sovereignty. They express the sacred, unifying image of Independence.

When developing and adopting our state symbols, special attention was paid to their details and design. The whole process took place under the constant supervision and direct participation of Nursultan Nazarbayev.

Kazakhstan’s Flag was officially adopted in 1992. It was designed by Shaken Niyazbekov.

The Flag is a rectangular breadth of blue color with the image of the sun in its center with a soaring steppe eagle underneath. Along the flagstaff there is a vertical band with the national ornamental patterns. The images of the sun, rays, eagle and ornament are of golden color. The ratio of the Flag’s width to its length is 1:2.

In heraldry each color has its own specific meaning. Thus, blue-sky color symbolizes honesty, fidelity and integrity. Moreover, this color has a deep symbolic meaning in Turkic culture. Ancient Turkic peoples always worshiped the Sky as their God, and their blue-sky banner symbolized devotion to Father Ancestor. Blue color of the State Flag of Kazakhstan means pure sky, peace and prosperity, and single-color background represents the unity of our country.

According to the heraldic principles the sun symbolizes wealth and abundance, life and energy. That is why the sun rays have the form of grain - a symbol of wealth and welfare. Representing the sun at its state attributes Kazakhstan reaffirms its commitment to universal values, which also indicates that the new young country is full of life-affirming energy and is open to all countries for cooperation.

The image of the steppe eagle is one of the main heraldic attributes. This image is commonly considered as a symbol of power, insight and generosity. The soaring steppe eagle represents the country’s power, its sovereignty and independence, aspiration to high goals and sustainable future.

The national ornamental patterns represent a form of specific artistic perception of the world in strict accordance with aesthetic styles of the people. Representing harmony of various forms and lines, the ornament is also an expressive means of discovery of the inner world of the people. The national ornament along the flagstaff represents the art and cultural traditions of Kazakhstanis. 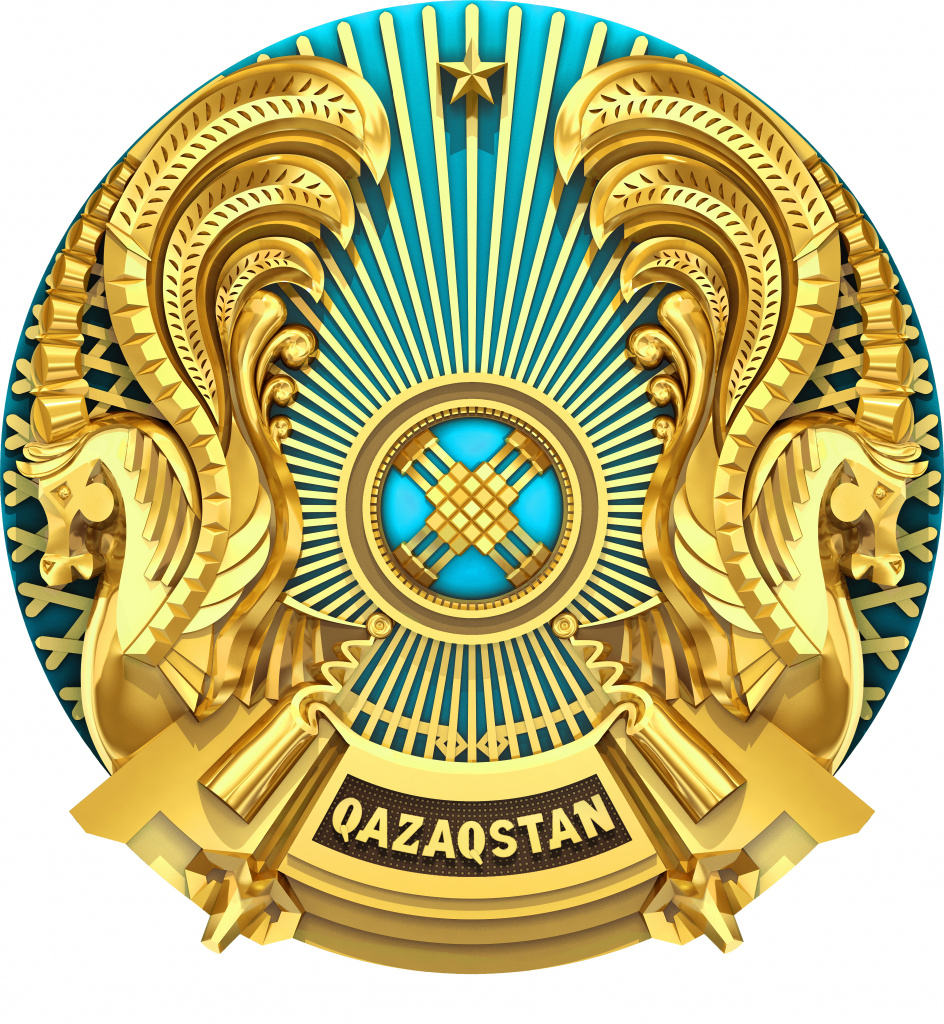 Kazakhstan’s Coat of Arms has the shape of a circle (wheel). It is a symbol of life and eternity that was especially valued among the nomads of the Great Steppe.

The central heraldic element of the Emblem is the image of shanyrak (an arched cross-shaped top of a Kazakh yurt). Shanyrak resembles the blue sky. It is also one of the key elements of Kazakh family dwelling in the traditional culture of Eurasian nomads. The image of shanyrak on the State Emblem is a symbol of common homeland for all people living in Kazakhstan. The stable development of Kazakhstan depends on welfare of each citizen just like the strength and stability of shanyrak depends on reliability of all its uyks (supports or bearings of the yurt).

The winged mythical horses, tulpars, are the key heraldic elements of the State Emblem. The image of a horse personifies such concepts as courage, loyalty and strength. The wings symbolize a centuries-old dream of multinational people of Kazakhstan to build a strong and prosperous nation. They represent pure thoughts and aspiration to successive and constructive development. The golden wings of racers also resemble golden sheaves of grain that are a sign of labor of the people of Kazakhstan and material welfare of the country.

Another element is a five-pointed star. This symbol is used by man from ancient times and represents constant aspiration of people to the light of truth and the pursuit of the sublime and eternal matter. The image of the star on the State Emblem reflects the dream of people to build the state open to all countries of the world for cooperation and partnership. Hearts and arms of the people of Kazakhstan are open to representatives from all five continents.

There is also the inscription “Qazaqstan” at the bottom of the Emblem (written in Kazakh Latin alphabet). 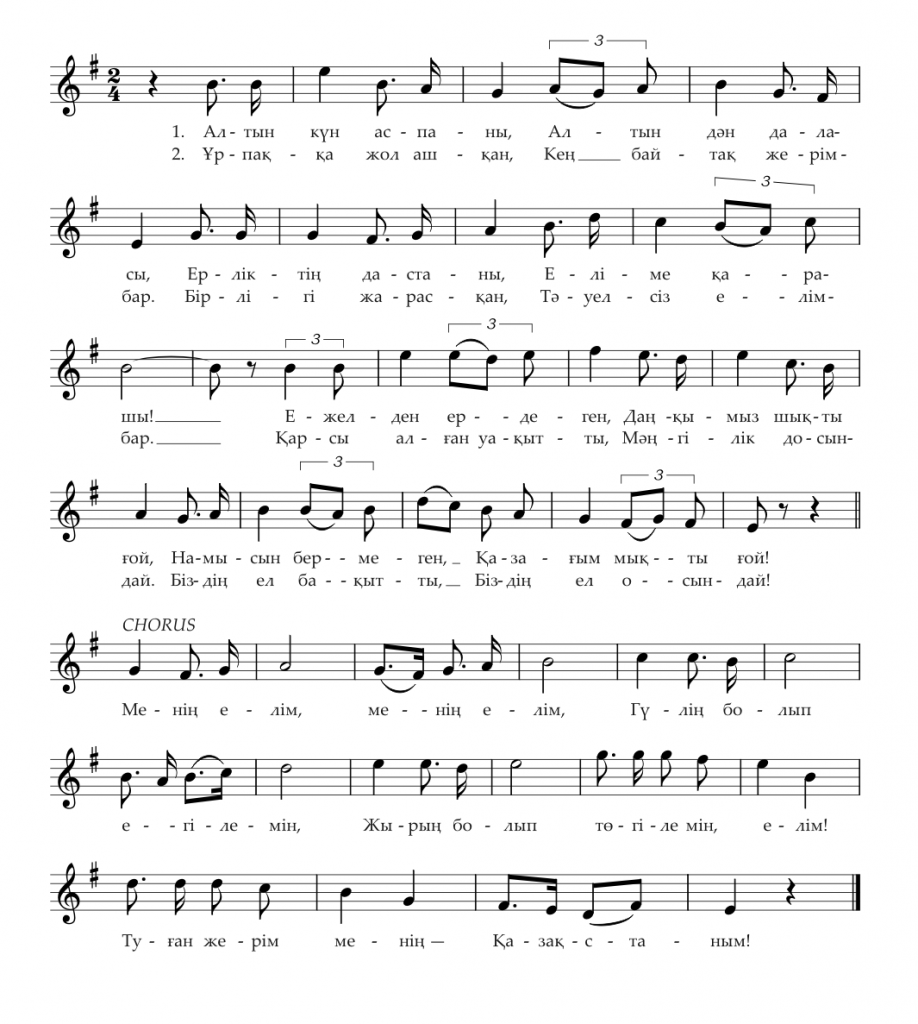 In the history of sovereign Kazakhstan, the National Anthem was adopted twice: in 1992 and 2006.

The National Anthem of Kazakhstan, previously known as the song “Menin Kazakstanym”, was approved by the Parliament on January 6, 2006 on the initiative of First President of Kazakhstan Nursultan Nazarbayev. It was first performed on January 11, 2006 during the inauguration of the Head of State.

Since the adoption of our state symbols, all victories and achievements of Kazakhstanis have been associated with them. Our compatriots have flown the flag of Kazakhstan thousands of times along victory paths of world competitions and Olympiads, hoisted it in the most inaccessible places on the planet, lifted it to the highest mountain peaks and space distances. 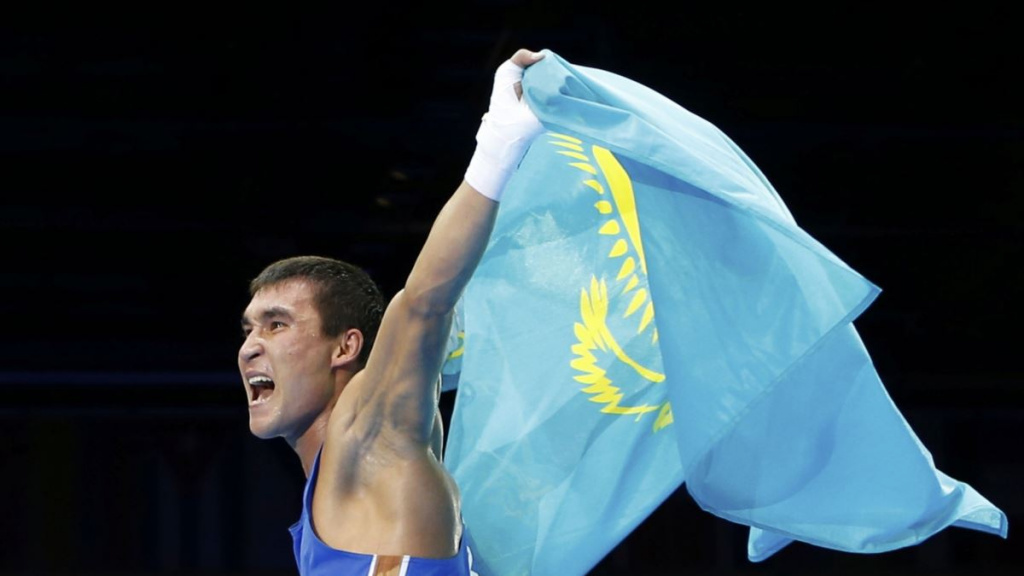 The first of July will mark the 26th anniversary of the first space flight of representative of independent Kazakhstan, Talgat Mussabayev, who addressed from the space station against the background of our State flag.

In 2015, during the flight of cosmonaut Aidyn Aimbetov, the State flag of Kazakhstan circled our planet more than 150 times.

On December 14, 2011, on the 100th anniversary of the conquest of the South Pole, the flag of Kazakhstan was hoisted in Antarctica.

On April 14, 2015, the first Kazakhstan ski expedition established the State Flag at the North Pole - in the Arctic.

In 1995, on the 150th anniversary of Abai, the State flag was hoisted by Nursultan Nazarbayev at the peak of the Zailiysky Alatau ridge – “Abai”.

On February 23, 2012 Kazakhstani Andrei Gundarev conquered the highest peak of South America - “Ojos del Salado”, as a result of which the Kazakh flag was hoisted on the highest volcano in the world.

In 2014, Kazakhstan’s climber Maksut Zhumayev climbed the highest mountain in North America - the McKinley peak and erected the Kazakhstan flag there.

The flag of Kazakhstan was also raised at the highest point of Western Europe - Mont Blanc with a height of 4,810 meters. 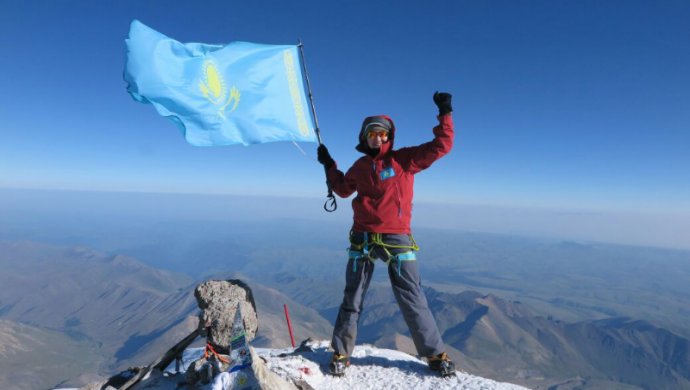 In 2011, Maksut Zhumayev and Vassily Pivtsov raised the flag of Kazakhstan to the top of the most difficult mountain peak in Asia, Karakorum Chogori, with a height of 8 thousand 611 meters.

In 2018, Maksut Zhumaev raised the flag of Kazakhstan at the highest peak in the world - Everest, devoting his ascent to the 20th anniversary of the Kazakh capital -Nur-Sultan.

It is worth noting that the main idea of ​​the Day of State Symbols is to strengthen the patriotism of youth and the unity of all nations, the promotion of the values ​​and achievements of the independent country.