Mexico has confirmed its first death from the coronavirus in the country, Anadolu Agency reports. 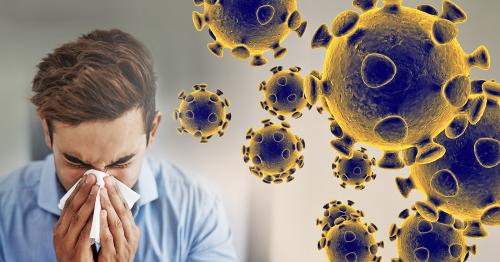 In a statement on late Wednesday, the Health Ministry said the deceased was a diabetic patient, who had coronavirus symptoms for a week.

On Monday, the Mexican government had announced there were 53 confirmed cases and 176 suspected cases of the coronavirus in the country.

There is a case in nearly every state in the country.

“This is the reality and these are the dates,” Mexican President Andres Manuel Lopez Obrador said.

“The very moment and minute that we detect that we have entered the community transmission [stage], we will inform about it,” Obrador said.

The country has been criticized for taking a more relaxed approach in fighting the spread of the virus.

Despite the number of cases growing, the president was seen kissing and hugging people in pueblos, or small towns, in the state of Guerrero.

After a picture of him kissing a young girl on the cheek circulated on social media, the president is now receiving pressure to take the coronavirus test, but the government ruled out giving him a test saying it did not have “scientific logic.”

“It’s useless to know if he’s positive or negative because medical attention of someone with coronavirus is exactly the same whether it’s known or not that they have the virus,” Mexican Deputy Health Secretary Hugo Lopez-Gatell said at a news conference on Monday morning.

The president has been criticized for not taking the test as he often travels to poor, rural regions, which could suffer greatly if the virus spreads there.

The Mexican government has also faced condemnation for allowing several large music festivals to take place as planned over the weekend, including Vive Latino in Mexico City, where about 70,000 people attended.

Despite the coronavirus risks looming over the country, the official warnings from the government have largely remained the same: Wash your hands, don’t go outside if you have the coronavirus symptoms, and don’t touch your face.

Public schools will close between March 20 and April 20, but there have been no updates about whether work will be closed.

In addition, several universities have postponed classes or have transitioned into giving only online courses.