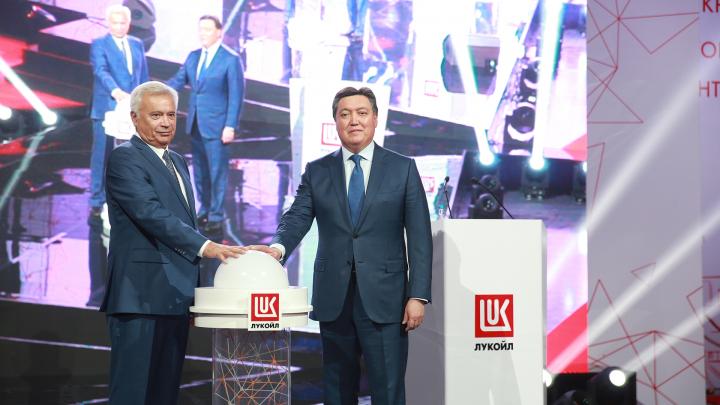 In his speech, the head of Cabinet noted that the opening of the plant in Kazakhstan by Lukoil that so far has invested $9.5 billion in the country’s hydrocarbons sector complies with the current vector of the oil and gas sector’s development, namely the transition from raw materials to refined products.

The plant is capable of producing 100 thousand tonnes of products each year, that is, over 800 types of oil. It is expected that the plant will provide the Kazakh market and Central Asian markets, China, Afghanistan and Mongolia with lubricants. And, the transport highway West Europe – West China laying in the proximity of the plant will contribute to logistic processes.

Investment attracted to the plant’s construction and equipment total at $94 million, which was built according to the Kazakh legislation and norms of international law in industrial security, labour and environment protection.

Lukoil and KazMunayGas signed an agreement to jointly study sites throughout Kazakhstan.