Kazakhstan to adopt professional standards in oil and energy sectors

They are believed to facilitate to better career planning of more than 470 professions in the sphere of energy in the near future. The Ministries of Labour, Energy, Atameken National Chamber of Entrepreneurs and sectorial experts are working on that. 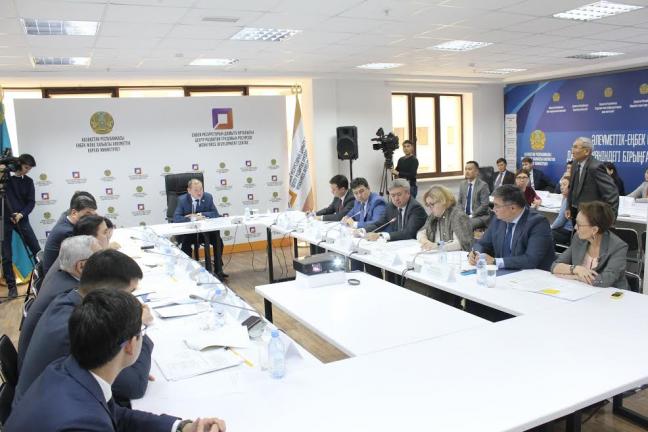 The session of the Steering Committee of the National Council for Qualifications saw Vice Minister of Energy Sungat Yessimkhanov’s presentation on developing 60 professional standards for 4 sectorial areas, including “Oil and gas refining and sales”, “Oil and gas exploration and production”, “Oil and gas transportation and storage” and “Energy.”

“The analysis indicates the energy sector is major in Kazakhstan, engaging over 100 thousand workers, 19 thousand students and representing 500 professions. Therefore, we ask educational institutions, experts from the local plants to address comprehensively the issues,” the vise minister said.

According to consultants, the developers pick up the comments promptly, which are largely true with the regard to the need to cross-reference the professional standards developed with foreign ones.

15 November will see the final assessment of the quality of the professional standards, followed by sessions of sectorial commissions at the ministerial level.

Vice President of the Labour Resources Development Center Yerassyl Temirbekuly marked a positive dynamic in the efforts and underlined the importance of not missing the points.

“To speed up the approval of the professional standards Atameken National Chamber needs to start the process of approval now, as well as there should be meetings with representatives of the Education Ministry to begin developing educational programmes,” he said.

The development of 480 professional standards for 12 most demanded sectors of economy is part of the project “Developing labour skills and stimulating workplaces” carried out by the Kazakh Labour and Social Protection of People Ministry with financial and technical support of the World Bank. The approval is due to take place on 10 December.