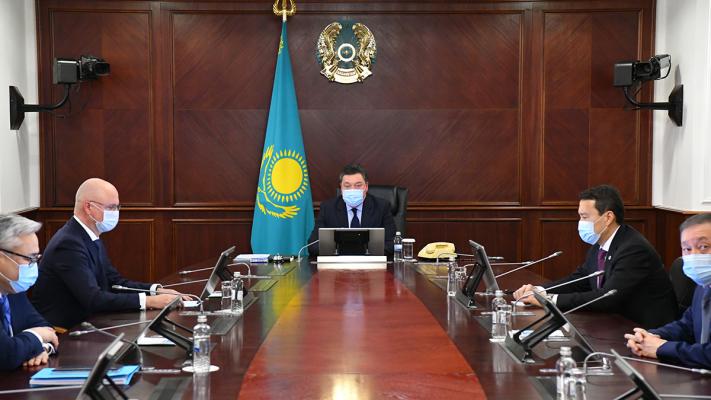 The plant capacity is expected to reach 1,000 centre pivot and linear irrigation machines per year. With irrigation technologies in place, crop yields will increase and water consumption will decline by 50-70% percent.

The agreement also includes the creation of a network of farms that will demonstrate advanced irrigation technologies and train local farmers in rational water management.

Agriculture has been among priorities in the country’s economic development, as Kazakhstan boasts vast natural resources making it very suitable for agricultural purposes. It is the world’s ninth largest country by landmass, where 75 percent of the territory is suitable for the industry and nearly 15 percent of the population is employed in the field.

During the meeting, Mamin also noted the industry’s big potential. According to the United Nations’ Food and Agriculture Organization (FAO) assessment, Kazakhstan is among five countries with highest agricultural potential.

“In 2020, there was a sustainable 5.6 percent growth in agricultural sector, the biggest growth over the past six years. The agricultural sector has become a key factor in curbing inflation in Kazakhstan amid ongoing disruptions in global food chains," said Mamin.


In August 2019, the Valley training facility and demo farm were opened in the Barayev Scientific and Industrial Centre for Grain Farming, one of the country’s major and one of the oldest agricultural centers.


Valley Irrigation is a subsidiary of Valmont Industries located in Nebraska, Omaha. The company has been in the field since 1946 holding nearly 50 percent of the world’s market share and with an annual turnover amounting to $2.6 billion.

Kusto Group is a diversified international holding based in Singapore operating in the oil and gas, mining, construction, real estate development and agricultural sectors.