Nur-Sultan hosted the international conference on the ways to achieve the goals of the Paris Agreement and carbon neutrality of Kazakhstan on October 13, reports Strategy2050.kz. Kazakh President Kassym-Jomart Tokayev and UNDP Regional Director for Europe and the CIS, Mirjana Spoljaric Egger opened the event. 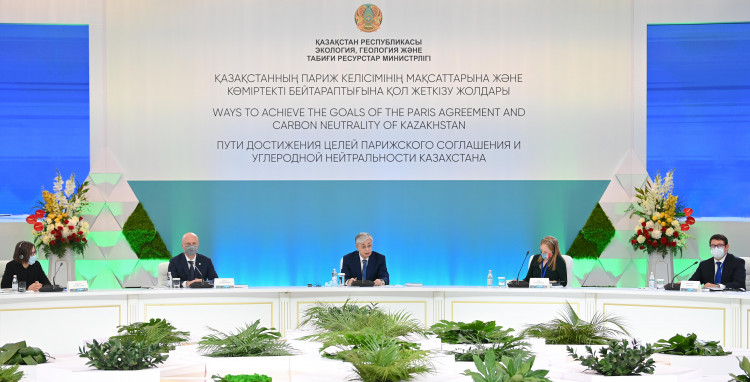 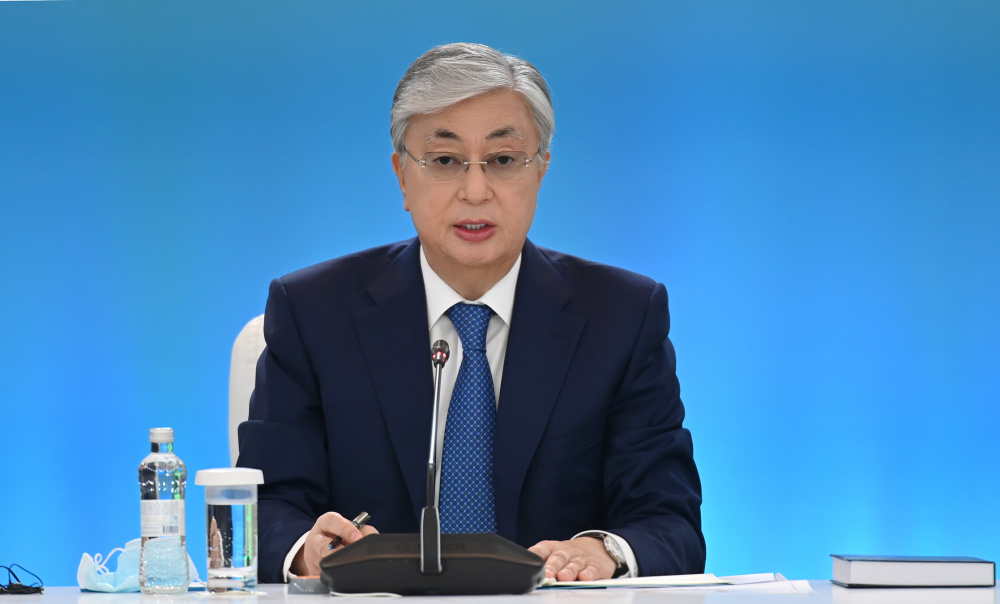 In his remarks, Tokayev reiterated his support for UN Secretary-General António Guterres' call for a zero-carbon agenda, pointing out that the climate situation remains one of the most acute problems of our time.

He cited the conclusions of the Sixth Assessment Report on Climate Change, prepared by an intergovernmental panel of experts. According to this report, at current levels of carbon dioxide emissions, the projected global warming of 1.5 and 2 degrees will be exceeded already in this century.

“It is especially urgent in terms of water and food supply and security. Kazakhstan is one of the ten leading producers of food wheat and flour, exporting up to 7 million tons of wheat per year. However, in case of a negative scenario, by 2030 wheat yields may fall by almost 40 percent. Given that Kazakhstan is the only exporting country in Central Asia, this will inevitably threaten the food security of the entire region. This is a simple practical example that the fight against climate change is our common cause. And it is a very important cause," he said. 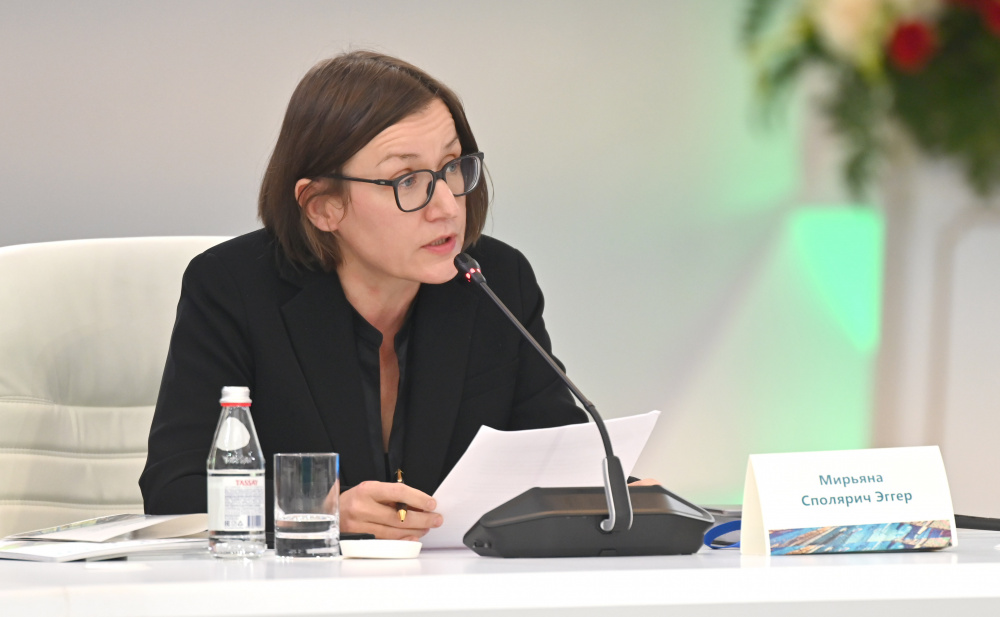 “Green transition depends on getting the financing right. It requires bringing public and private sectors together. In Kazakhstan, UNDP has been deploying catalytic and innovative instruments to mobilize private sector investments in sustainable development, such as carbon offsetting, energy efficiency subsidies, loan guarantee schemes, and green bonds," said Egger.

Though Kazakhstan heavily depends on fossil fuels, it was among the first hundred countries to declare carbon neutrality.

At the Climate Ambitions Summit in December 2020, Tokayev announced Kazakhstan’s commitment to achieving carbon neutrality by 2060.

The conference presented the country’s carbon neutrality doctrine that provides the basic approaches to the low-carbon transformation of the economy and industry. According to him, the final version of the doctrine must be pragmatic, rational, and take into account the urgent needs of the country's economy, its specificity, and structure.

This document will be presented in the upcoming Conference of the Parties (COP26) - the world's major climate event - from October 31 to November 12, 2021, in Glasgow, the United Kingdom, expected to be attended by the leaders of 196 countries.

“It is already obvious that achieving the ambitious goal of the doctrine will require systemic efforts - modernization of the fuel and energy complex, revision of industrial and agro-industrial policy, new approaches in the housing and utility sector, construction and people's way of life. By 2060, the share of renewable and alternative energy sources will reach more than 80 percent of the country's total energy balance,” said Tokayev.

Achieving the common goal will require active joint efforts of the state, business, and society as a whole.

If implemented, it will make it possible to achieve not only the 15 percent reduction of emissions from the 1990 level by 2030 but also a zero balance of greenhouse gases by 2060. As a result, more than 9 billion tons of carbon dioxide will be prevented from entering the atmosphere, said Tokayev.

These ambitious goals also require substantial funds and investments in the modernization of the electricity and heat production sector, support from society, revision of the national greenhouse gas emission quotas trading system, and its harmonization with relevant international systems.

During the conference, Tokayev also spoke about the large-scale gasification of the country, the potential for the development of renewable and alternative energy and green finance, as well as measures to address hydrological and environmental problems of transboundary rivers.

As part of the effort, Kazakhstan also plans to plant 2 billion trees by 2025.

“This initiative is becoming a truly national scale project with great international resonance. The task is of paramount importance, that is why it must be fulfilled without showing off," said Tokayev.

Speaking about the regional efforts to address climate problems, Kassym-Jomart Tokayev briefed the conference participants about the joint plans of the Eurasian Economic Union member countries to use energy-efficient approaches and technologies, introduce renewable and alternative energy sources and develop low-carbon transport.

“Given the close industrial, technological, and economic ties within the union, joint action is surely the key to success. The same can be said for the global context. The future state of the climate and the very fate of our planet depend on coordinated actions of the international community. Kazakhstan is ready to make its contribution to the common cause - achieving the global temperature goal,” he said.

To facilitate technological and resource exchange between countries and international organizations, Tokayev told the government to maintain cooperation with UN agencies, the World Bank, international financial institutions, and governments of developed countries on the climate change agenda.
автор: