The Ambassador of Kazakhstan to the Kingdom of Saudi Arabia, Berik Aryn, met with the head of the Saudi Agency for Data and Artificial Intelligence, HE Dr. Abdullah bin Sharaf bin Jamaan Al-Ghamdi, on 21 January 2020, the Kazakh foreign ministry informs. 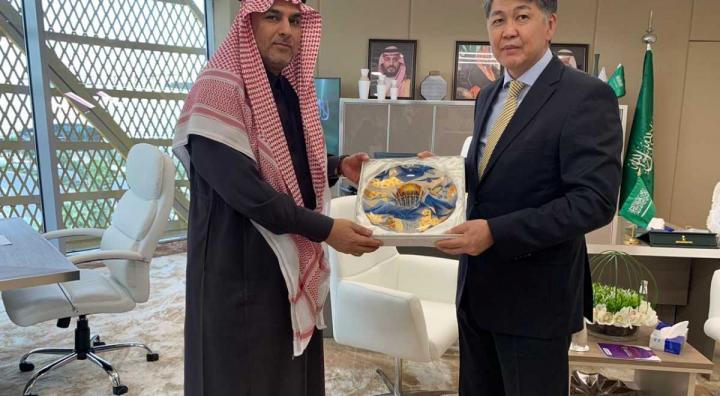 The meeting focused on the prospects of establishing bilateral cooperation between countries in the development of new technologies and the introduction of artificial intelligence.

The ambassador spoke of the achievements of Kazakhstan in the field of new technologies, the steps taken by the government of Kazakhstan to introduce artificial intelligence, as well as the Smart Aqkol project under the state program Digital Kazakhstan.

In his turn, Head of the Saudi Agency for Data and Artificial Intelligence, talked about the state program for the development of artificial intelligence, as well as the activities of the Agency headed by him, which was created by the royal decree on 30 August 2019 as part of the implementation of the Vision 2030 state strategic development plan.

Emphasizing Riyadh's interest in developing cooperation with Nur-Sultan, it was proposed to study the issue of participation of the Kazakh delegation in the upcoming international Summit on Artificial Intelligence, scheduled for 30-31 March 2020 in Riyadh.