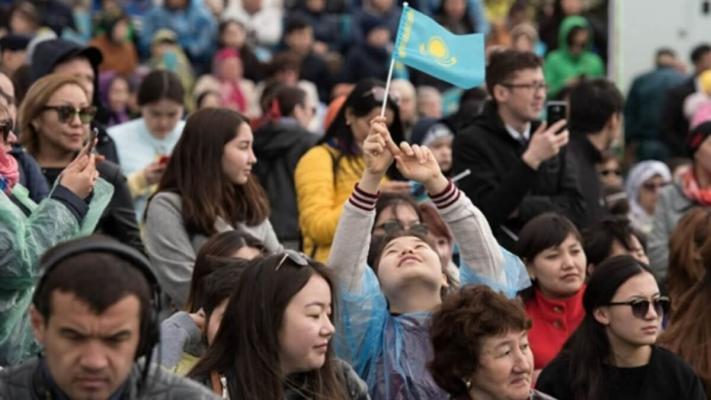 “In the year of the 30th anniversary of Independence, the population of Kazakhstan crossed a historic threshold - Zhaniya Azamatkyzy from Almaty region became the 19 millionth citizen. The girl is the fourth child in the family. I congratulate her parents and all the people of Kazakhstan on this occasion,” wrote Tokayev.

Overall, during the years of independence, the population increased by 2.5 million people, a 15.5 percent increase. Over 59 percent of the population lives in cities, while 40.8 percent lives in rural areas. 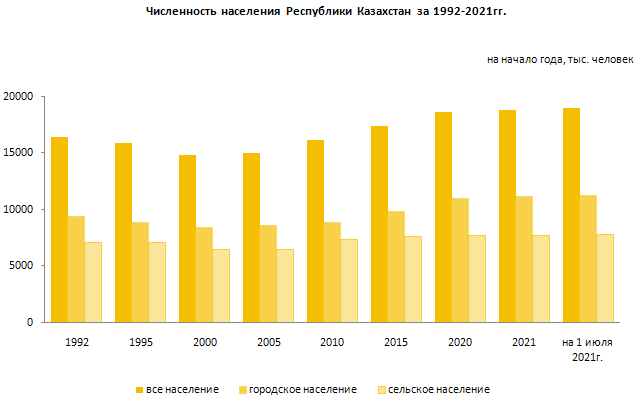 The number of births between January to June amounted to 216,200 people, 9,6 percent more compared to the same period in 2020.

Based on the information provided by migration authorities, between January to June, the number of arrivals to the country amounted to 4,595, while the number of emigrants reached 14,192 people.

The main destination for emigrants is the Commonwealth of Independent States accounting for 84.2 percent of arrivals and 84.3 percent of the total number of emigrants.

The positive balance of migration is observed in the cities of Almaty, Nur-Sultan, Shymkent, and the Mangistau region.

Kazakhstan will have its third population census in its history from September 1 to October 30, 2021. It consists of two stages - a preparatory phase that took place between June 1 and June 30.  Interviewers visited residential areas to clarify the list of addresses of houses (residential buildings) and non-residential premises used as housing, as well as the number of permanent residents in each of them. More than 5,000 interviewers were involved in the first stage.

The main stage will be from September 1 through October 30. Until October 15, citizens will be able to access the official website at sanaq.gov.kz to answer the questionnaire.

Unlike the previous census, the interviewers will now use electronic tablets that are expected to minimize the risk factors affecting data quality and increase the convenience and mobility of interviewers during data collection, among other benefits.