The uniqueness of the new environmental code is its focus on greater public involvement in decision making and addressing the environmental issues, said Aigul Solovyeva, Chair of Kazakhstan’s Association of Ecological Organizations, in an interview with a Strategy2050.kz correspondent. 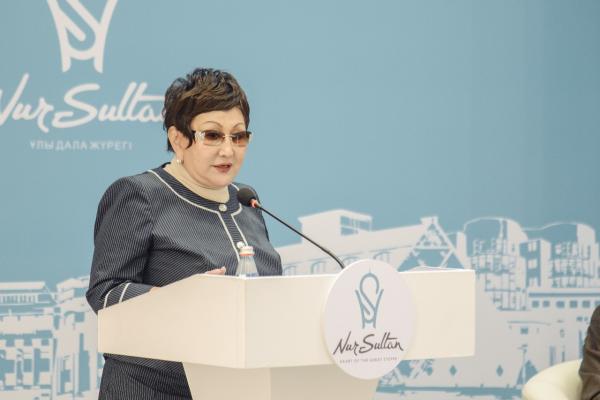 “There is a strong focus on the public and their involvement in decision making. What does it mean? The document has a concept of strategic ecological planning. First, ecological matters will be taken into account in developing a strategy. Secondly, there were previously public hearings. Now, the document envisions all procedures for that,” said Solovyeva in an interview.

The new document considers all drawbacks of the previous code. It also goes in line with Kazakhstan’s concept of listening state.

“What concerns citizens of Kazakhstan - environment, emissions, air pollution and air quality.  The environmental code offers, first of all, an automated system of recording these emissions that will be included into an interactive map available to each citizen. One thing is stating the fact, but another is trying to address it. The concept of best available technologies (BATs) helps doing so,” said Solovyeva.

Industrial enterprises will undergo a technological audit to be offered BATs, widely used in the European countries, to produce fewer emissions.

Kazakhstan’s 50 largest companies that account for 80 percent of emissions are expected to transition to BATs by 2025.

“There was resistance from businesses concerning BATs because they said it incurs big expenditures. In terms of technological process, there are certain areas that have higher emissions, and changing them will be based on these BAT technologies. Businesses formulate plans on how they will reduce emissions, and the environmental control will monitor the implementation of responsibilities undertaken by companies,” she said.

The new code also includes the ‘polluter pays and fixes’ principle, which controls emissions produced by large companies and imposes fines and responsibility for environmental damage.

Local executive bodies will also have to allocate the revenues collected from fines to reduce emissions.

“The introduction of a unified operator that will separate waste. There are incentive mechanisms to build plants that will process it (waste),” said Solovyeva.

The new measure can allow decreasing the waste accumulation by 30 percent by 2025.

According to Solovyeva, the new code puts greater focus on educating the younger generation to show care and empathic behavior to the environment.

The need for a new environmental legislation has long been on the national agenda. In his address to the nation in September 2020, Kazakh President instructed the government to prepare the new environmental code by the end of 2020. It was adopted by the Kazakh Parliament on December 21, 2020.

Speaking at a press briefing following the signing of the document by the head of the state, Kazakh Minister of Ecology, Geology and Natural Resources Magzum Mirzagaliyev said it took two years to develop the document that takes into account the experience of the Organisation for Economic Co-operation and Development (OECD) countries.

“This is a major document and it was very thoroughly discussed. There were difficulties, because we needed to balance environmental and economic interests. We understand the desire of the citizens to improve the environmental situation as soon as possible, but it will not happen immediately, but several years. Significant technical and technological systemic changes are needed,” he said then.

The ministry is now developing a concept on economic decarbonization. Kazakhstan committed to reach zero carbon neutrality by 2060. The new concept is expected to be adopted in June this year.