On 22 January 2020 Deputy Prime Minister – Minister of Finance Alikhan Smailov chaired a meeting on the implementation of investment policies in the Republic of Kazakhstan, primeminister.kz informs. 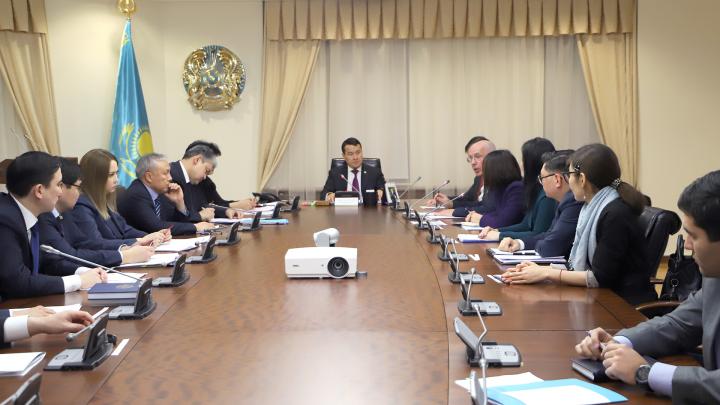 The meeting was attended by representatives of the working group on the implementation of investment policies and government bodies of the Foreign Investors’ Council under the President of Kazakhstan: the General Prosecutor's Office, the State Revenue Committee of the Ministry of Finance, the Ministry of National Economy, the Ministry of Justice and the Supreme Court.

The measures aimed at decriminalizing tax offenses were discussed.

“The result of this work should be the creation of a favorable investment climate in the country, as well as a reduction in the pressure from government bodies on business,” Alikhan Smailov said.

The event was also attended by representatives of the working group from EY, Shell, and TOTAL.