Deputy Chair of Kazakhstan’s Senate Askar Shakirov has been elected Vice President of the Organization for Security and Cooperation in Europe (OSCE) Parliamentary Assembly during the organization’s plenary meeting that concluded the remote summer session taking place in a hybrid format, reports a Strategy2050.kz correspondent. 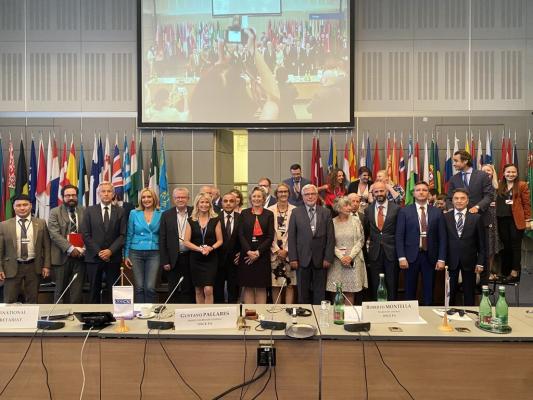 At the Standing Committee and plenary session, OSCE parliamentarians discussed current activities and priorities of the Parliamentary Assembly and adopted decisions on acute issues on the international agenda.

As part of his visit to Vienna, Shakirov met with the heads of the national delegations of Azerbaijan, Bulgaria,  Denmark, Lithuania, United States, Finland, Sweden, including the newly elected President of the OSCE PA Margareta Cederfelt.

The OSCE parliamentarians expressed their support for the political and socio-economic reforms in Kazakhstan.

During the meeting with the head of the Danish delegation Peter Juel-Jensen, the sides agreed on the creation of the group of friendship with Central Asia with the focus on the development of interparliamentary dialogue with Kazakhstan in the Parliament of Denmark.

OSCE Parliamentary Assembly consists of 323 parliamentarians representing 56 countries stretching from Vancouver to Vladivostok. Their work is to facilitate inter-parliamentary dialogue to promote the goals of the OSCE in comprehensive security.

Established in 1990, the Assembly is also responsible for assessing the implementation of OSCE objectives by participating states, developing and promoting mechanisms to prevent and resolve conflicts, and supporting the strengthening and consolidation of democratic institutions in OSCE participating states, among others.

What does this mean for Kazakhstan?

Askar Shakirov has been a member of Parliament since 2019. He also served as Ambassador Extraordinary and Plenipotentiary to India (1998-2004) and Deputy Minister of Foreign Affairs (2004-2006) and Human Rights Commissioner in Kazakhstan for nearly 12 years. 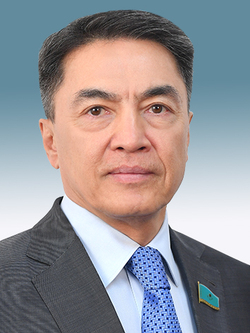 “First of all, the election of Askar Shakirov as Vice President of OSCE PA is undoubtedly a positive milestone for the development of parliamentary diplomacy,” said Alisher Abdreshev, a research fellow at the Kazakh Institute for Strategic Studies.

President Tokayev repeatedly emphasized the growing importance of parliamentary diplomacy in the development of interstate cooperation.

“As we know, Kazakhstan is actively cooperating within OSCE and is actively involved in the formation of OSCE agenda given the fact that conflicts of all types and levels pose a threat not only to the security of our citizens but also undermine the foundations of the global economy,” said Abdreshev.

Kazakhstan has been partnering with the OSCE across all three security dimensions - the politico-military, the economic and environmental, and the human dimension.

The major milestone has been the Astana OSCE summit held in the Kazakh capital in November 2010 and the country’s presidency in the organization the same year, a priority for the national diplomacy agenda.

“Our country was the first post-Soviet country to chair the OSCE,” he added.

Abdreshev said the cooperation between the Kazakh Parliament and the OSCE Parliamentary Assembly is based on a constructive dialogue.

In December 2020, Kairat Abdrakhmanov, a veteran Kazakh diplomat, was appointed as OSCE High Commissioner on National Minorities, one of the key positions at the OSCE working to identify and address situations and tensions involving national minorities.

“Kazakh citizens are therefore representing OSCE, which strengthens the image of Kazakhstan on the international arena and partnership between Kazakhstan and the organization,” he said.