The Embassy of Kazakhstan to Israel, the Israeli Export Institute and “JSC Kazakh Invest National Company” held an online conference “New horizons of Kazakh-Israeli investment and business cooperation”, Strategy2050.kz reports with the reference to Kazakh Invest. 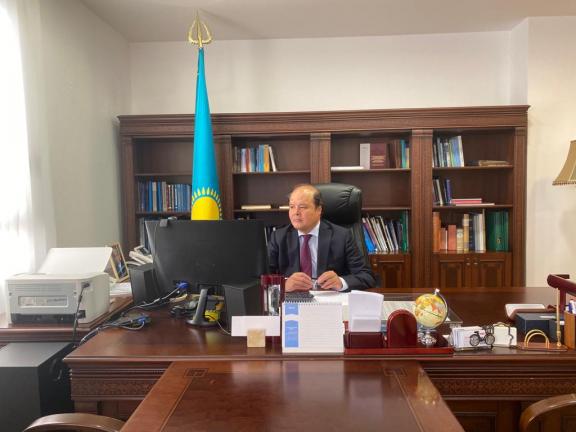 In his speech, Ambassador of Kazakhstan Satybaldy Burshakov highlighted the key areas of trade and economic cooperation between Kazakhstan and Israel. He urged Israeli businessmen to use more effectively the potential of investment cooperation and invited them to take part in the implementation of promising projects taking into account the conditions provided for foreign investors by the Astana International Financial Center and special economic zones.

According to the Ambassador, the agreement reached after negotiations with “Israir” on opening a direct flight between Tel Aviv and Almaty, as well as the signing of the draft Convention on the avoidance of double taxation which is being considered by relevant parties, will undoubtedly contribute to the expansion of business contacts between the two countries.

Chairman of the Israel Export Institute, Adiv Baruch, has welcomed the initiatives of the Kazakh side and assured that his institution will make every effort to increase trade between Kazakhstan and Israel. He acknowledged that he is ready to stimulate Israeli companies to study the projects proposed by Kazakhstan.

Deputy chairman of the board of “Kazakh Invest” Galym Uzbekov has told the participants about the investment advantages of our country. He also shared his vision of practical tools for finding and attracting Israeli capital to Kazakhstan, and the possibility of building mechanisms for working with investors in crisis and post-crisis conditions.

G.Uzbekov has reminded that our country is historically located on the famous Silk Road which gives it a large transit potential between Europe and Asia, including within the framework of the EAEU as well as Belt and Road Initiative.

Representatives of “Kazakh Invest”, Alida Tuebekova and Ulbosyn Sarybaeva have done a presentation regarding the opportunities for investment in the economy of Kazakhstan in the context of industries, in particular agriculture, as well as about measures of state support for foreign investors. Thus, Kazakhstan has identified fundamentally new approaches to attract investments - direct work with businessmen to form integral value chains. Legal bodies have made amendments to the legislation to ensure the stability of conditions for strategic investments in priority sectors of the economy.

The webinar participants expressed hope for lifting of restrictive measures in connection with the global pandemic, which will allow business structures of both countries to resume business activity. As a result of the event, companies in the field of agriculture, cybersecurity and subsoil use expressed interest in participating in investment projects in our country. 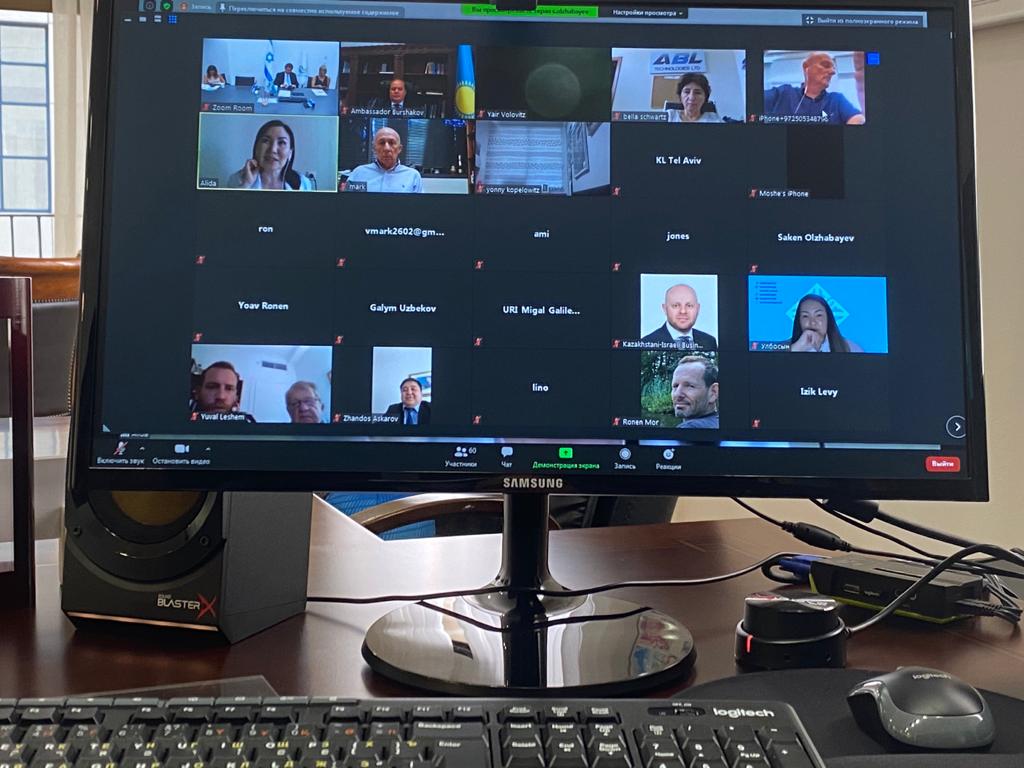 For reference: 144 companies with Israeli participation are registered in Kazakhstan in such areas like construction, telecommunications, finance, insurance, pharmaceuticals, tourism, transport services, agriculture, education, etc. In the first half of 2020, amid a pandemic, trade between Kazakhstan and Israel amounted to $ 240 million. In the first quarter of 2020, Kazakh economy has attracted US $ 1.3 million of Israeli.

The recording and presentations can be viewed on: https://invest.gov.kz/media-center/webinars/6951/